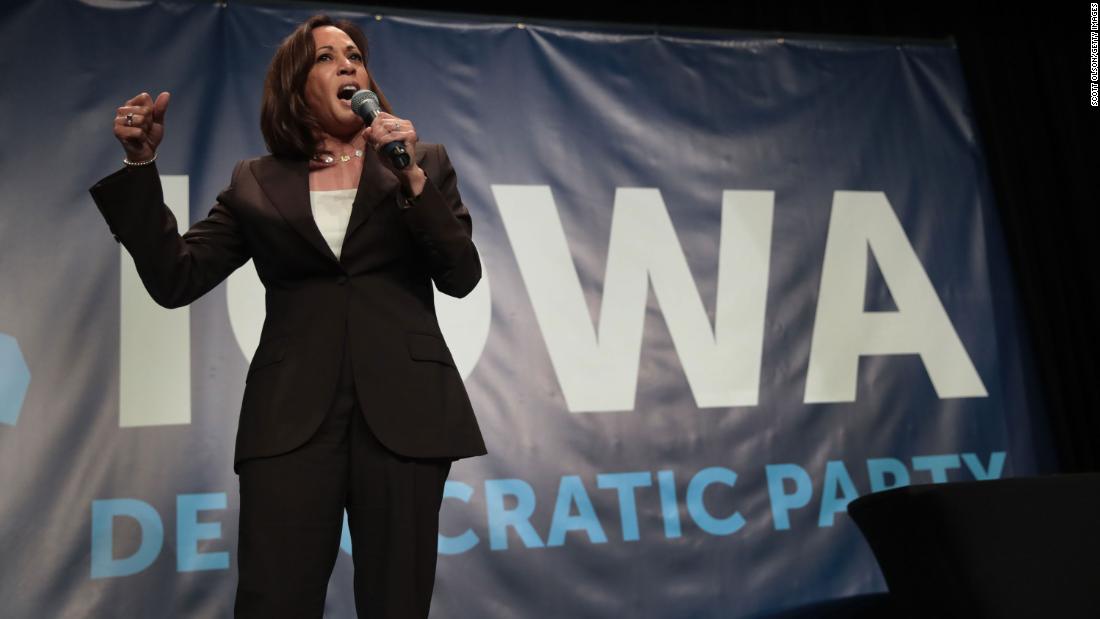 Washington (CNN)California Sen. Kamala Harris said if she or any of her fellow Democratic candidates unseat President Donald Trump, she expects the Justice Department to prosecute him.

Asked about the prospect of a former president facing trial or even jail, Harris said, “Well, the facts and the evidence will take the process where it leads.”
The redacted version of the special counsel’s report by former FBI Director Robert Mueller said the investigation could not clear Trump of obstruction of justice and outlined a number of potential instances of obstruction. Mueller said publicly late last month that indicting Trump while in office was “not an option we could consider,” citing an opinion from the Justice Department’s Office of Legal Counsel against indicting a sitting president.
Attorney General William Barr said both he and then-Deputy Attorney General Rod Rosenstein concluded that the evidence in the investigation was “not sufficient to establish” that Trump had committed obstruction of justice.
Trump has denied any wrongdoing, and after House Speaker Nancy Pelosi reportedly said she wanted to see Trump “in prison” rather than impeached, he lashed out at her, calling her a “nasty, vindictive, horrible person.”
Harris, in the interview, argued that Mueller had said “essentially that the only reason an indictment was not returned” was because of the OLC opinion.
“But I’ve seen prosecution of cases on much less evidence,” she added.
Harris has said previously that Mueller “was essentially referring impeachment to the United States Congress.”