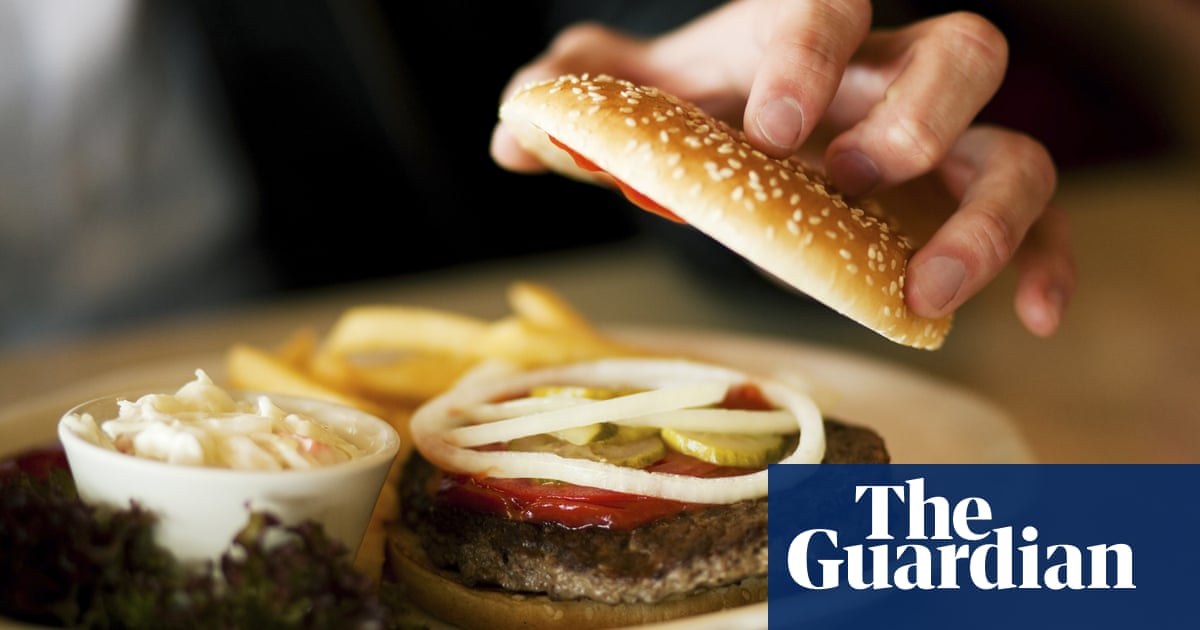 A ballooning diet of junk food might be one of the factors fuelling a rise in food allergies, researchers have suggested.

Experts say they have seen a rise in food allergies in western countries, including the UK. While true prevalence can be tricky to determine, data published by NHS Digital shows episodes of anaphylactic shock in England due to adverse food reactions rose steadily from 1,362 in 2011-12 to 1,922 in 2016-17.

The culprit, some scientists have suggested, could be substances known as advanced glycation endproducts, or AGEs.

AGEs occur naturally in the body, but they are found in high levels in highly processed foods, as well as other sources such as cooked meats. They form when sugars react with proteins or lipids. High levels of AGEs in the body, which it has been suggested can result from consuming AGE-rich foods, have previously been linked to a number of conditions including diabetes and rheumatoid arthritis.

“They are consuming a lot of snacks, a lot of hamburgers, a lot of French fries, a lot of commercial foods full of AGEs,” said Roberto Berni Canani of the University of Naples, who led the research presented at the annual meeting of the European Society for Paediatric Gastroenterology, Hepatology and Nutrition in Glasgow.

What the children ate was assessed through food diaries kept by parents for seven days, with Canani saying that children with food allergies on average consumed about 20-40% more junk food a week than the allergy-free children, and had correspondingly higher levels of AGEs.

Canani said the team’s research using cells suggested AGEs might directly interact with with immune cells, and they also seemed to have a detrimental effect on the gut barrier.

What’s more, as Canani pointed out, many other factors are thought to be involved in the rise in food allergies, with possibilities including problems with the gut microbiome.

John Warner, professor of paediatrics at Imperial College London, who was not involved in the research, said the latest research was too small to take into account other factors that could be behind the observed link.

“I could suggest a number of more plausible explanations for the findings,” he said, noting that children eating a lot of junk food are less likely to be eating a Mediterranean diet high in fresh fruit, vegetables and fish that has been shown to reduce the risk of allergy. “There are also likely to be other differences in lifestyle of those on a so-called high junk intake including greater exposure to tobacco smoke and other pollutants,” he said, adding that psychosocial circumstances might also be important.

Dr Andrew Clark, a consultant in paediatric allergy at Addenbrooke’s hospital, agreed more research was needed, noting that while it might be worth avoiding junk food for many health reasons, it was too soon to say that food allergies was one of them.

“I think this is a useful exploratory study that has generated an interesting theory,” he said. “[But] it needs to be examined in large numbers of patients and in different populations.”