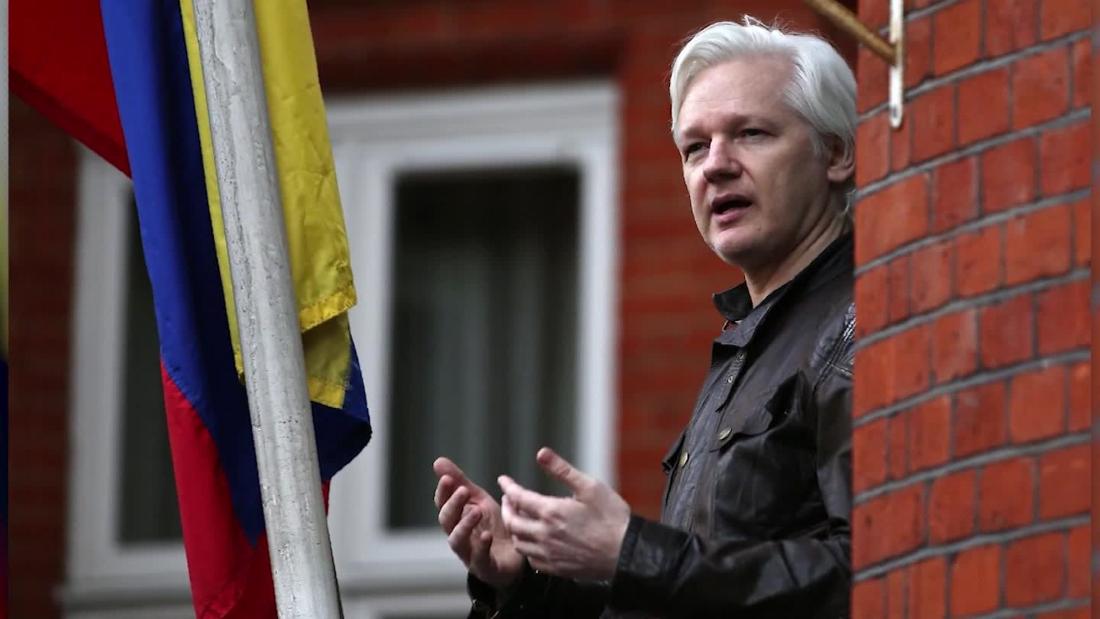 London (CNN)Julian Assange walked into the Ecuadorian Embassy in London on June 19, 2012 to claim political asylum. He has been there ever since — a total of 2,230 days — rarely seeing daylight. But multiple sources say his situation is now untenable and he may soon leave, whether he wants to or not.

The recent indictments issued by US Special Counsel Robert Mueller imply that Assange and WikiLeaks were a conduit for Russian intelligence in distributing hacked Democratic Party emails in 2016.
According to the indictment document, “The conspirators (…) discussed the release of the stolen documents and the timing of those releases with Organisation 1 to heighten their impact.” 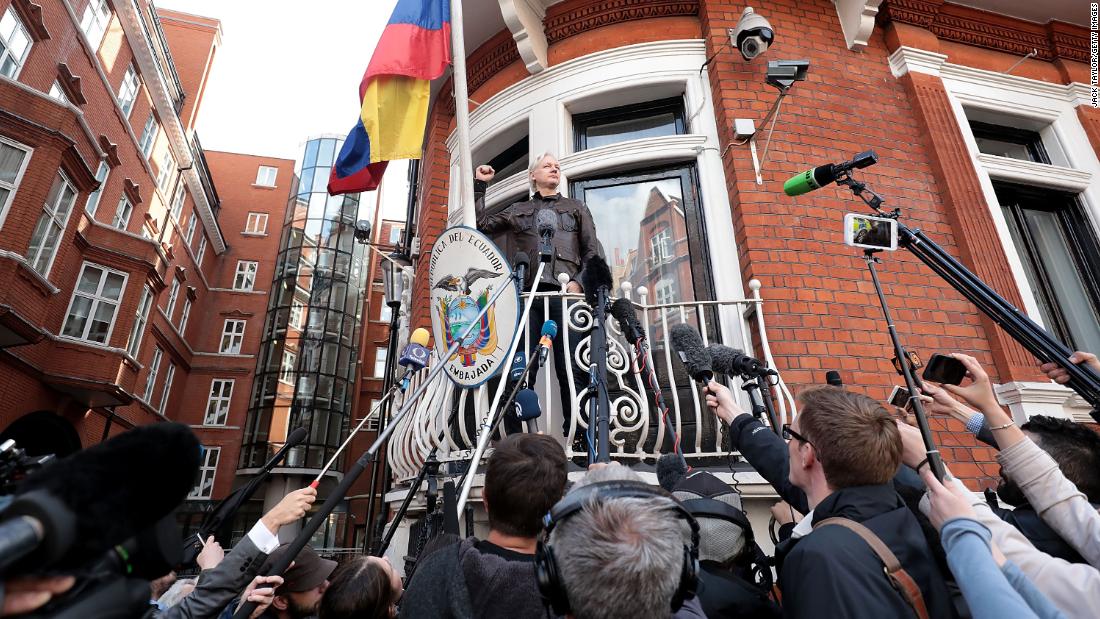 CNN has established that Organization 1 is WikiLeaks, which published the emails in July 2016.
Assange has always maintained that he did not receive them from the Russian government. He told Fox News in January 2017: “Our source is not the Russian government, and it is not a state party.”
A member of Assange’s legal team, Jennifer Robinson, told CNN this week: “WikiLeaks has made very clear they were not engaged in any way with the Russian state with respect to that publication. There is no connection between WikiLeaks and any of those who have been indicted.” 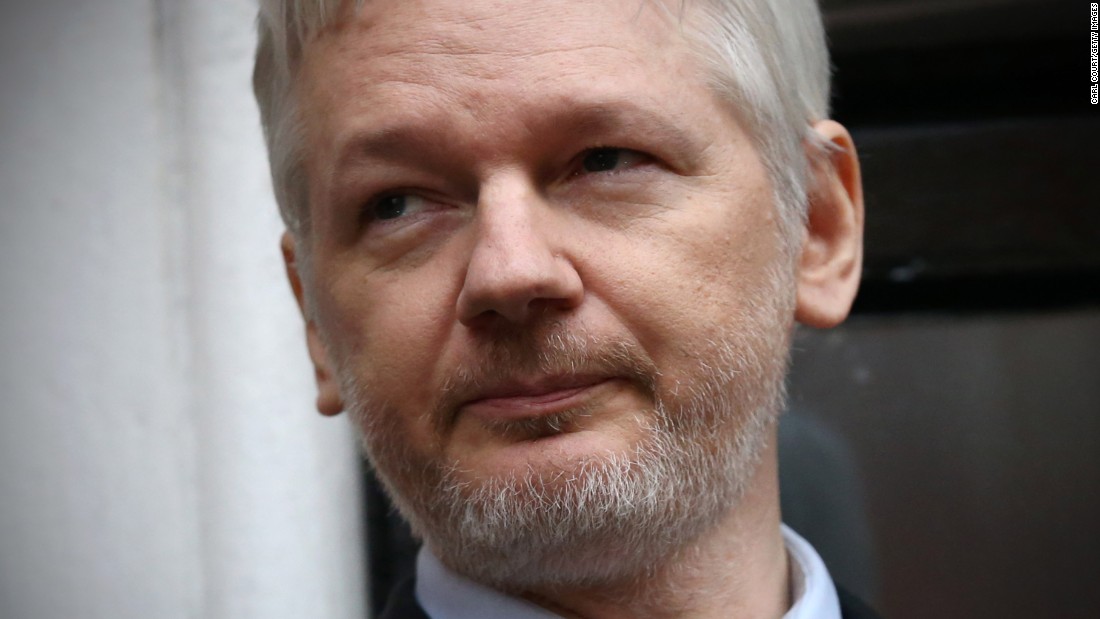 His lawyers argue that all Assange did was publish the hacked emails, as did other media, after being in contact with a hacker called Guccifer 2.0. The Special Counsel alleges that Guccifer 2.0 was a cover for Russian intelligence, saying in the indictment that on July 14th [2016], Guccifer 2.0 sent WikiLeaks an encrypted attachment that contained “instructions on how to access an online archive of stolen DNC documents.”
Whether a sealed indictment awaits Assange in relation to the Russian hacking investigation is unknown. But according to US officials, charges have been drawn up relating to previous WikiLeaks disclosures of classified US documents.
Assange would face arrest if/when he leaves the embassy because he skipped bail in 2012 — when Swedish authorities were seeking his extradition to face accusations of rape. Last year Sweden suspended the investigation, but Assange’s lawyers fear his arrest would be swiftly followed by a US extradition request. Assange maintains his innocence.
“For us protecting him from US extradition is absolutely paramount, and the most important and fundamental principle that must be respected,” Robinson told CNN this week.
“There should never be a situation where a publisher is sent to the US to face prosecution for that activity, so we will, if forced, fight his extradition in the British Courts.” 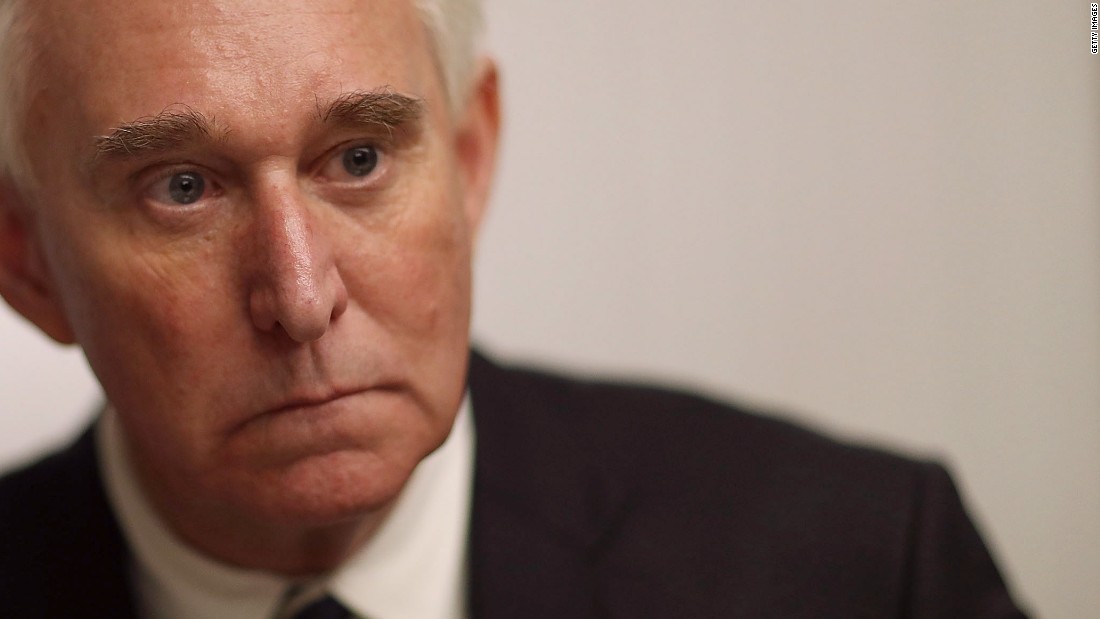 The Ecuadorean government wants the case resolved. Ecuador’s recently elected president, Lenín Moreno said in Madrid Friday that his government was in dialogue with the UK and wanted a solution that guaranteed Assange’s life would not be in danger. He described Assange’s long confinement as “against human rights.”
Downing Street confirmed discussions were “ongoing.”
Moreno has previously described Assange as an “inherited problem” (his predecessor Rafael Correa granted Assange asylum.) But in a statement last week, the Ecuadorean Foreign Ministry said it saw no immediate or long-term solution to the situation. 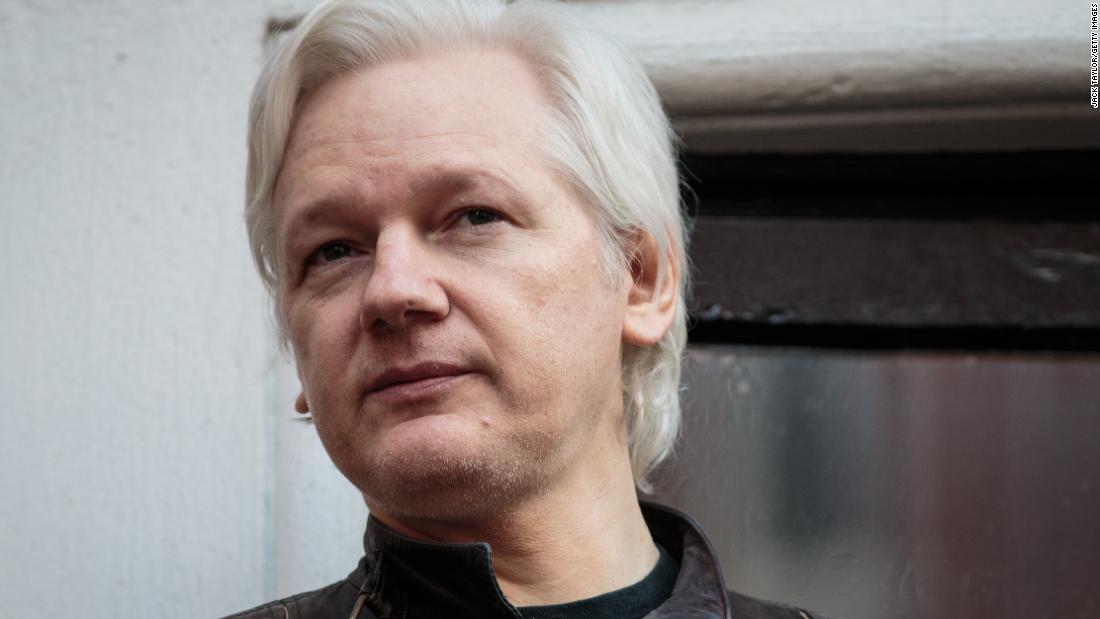 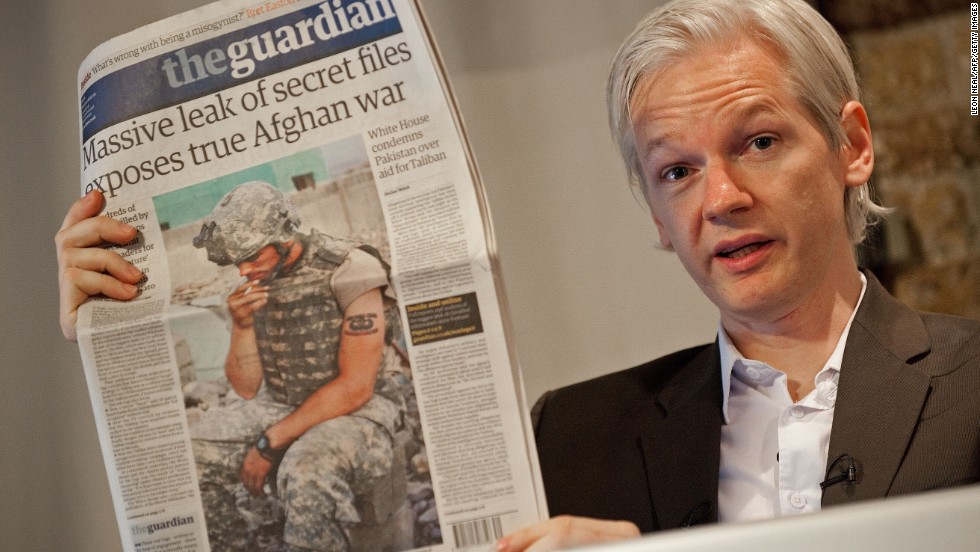 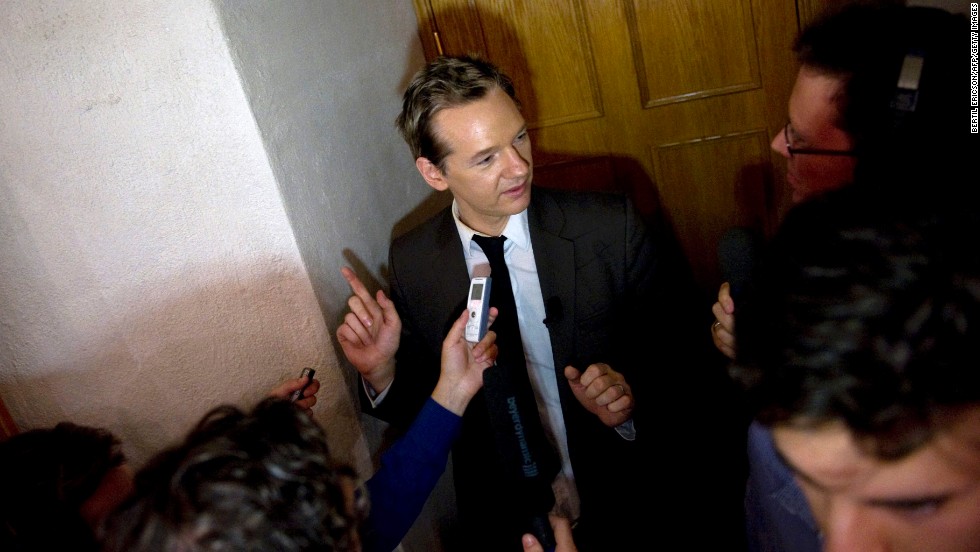 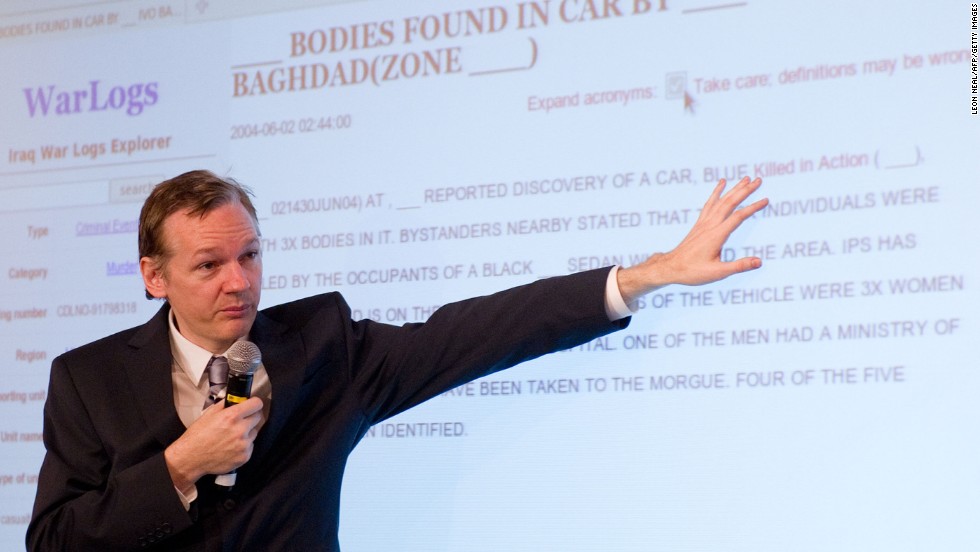 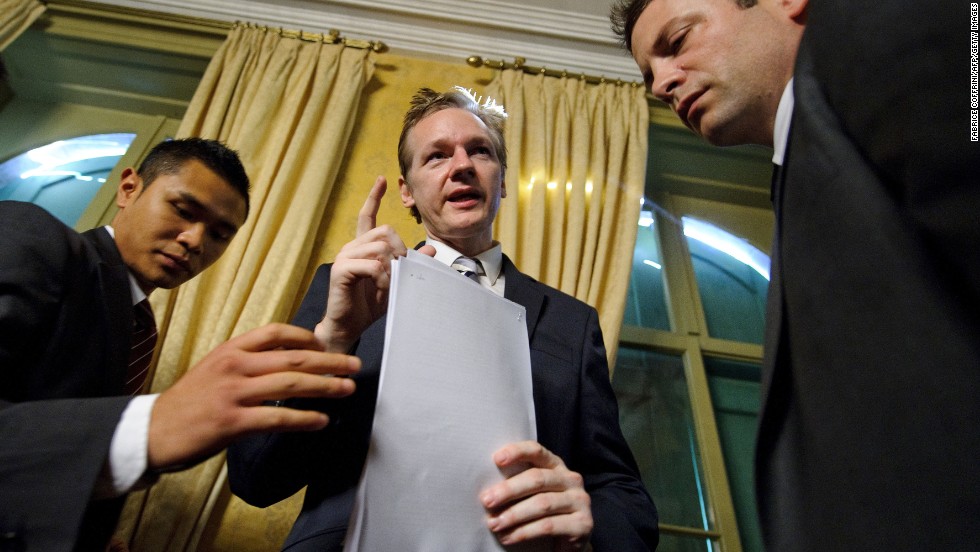 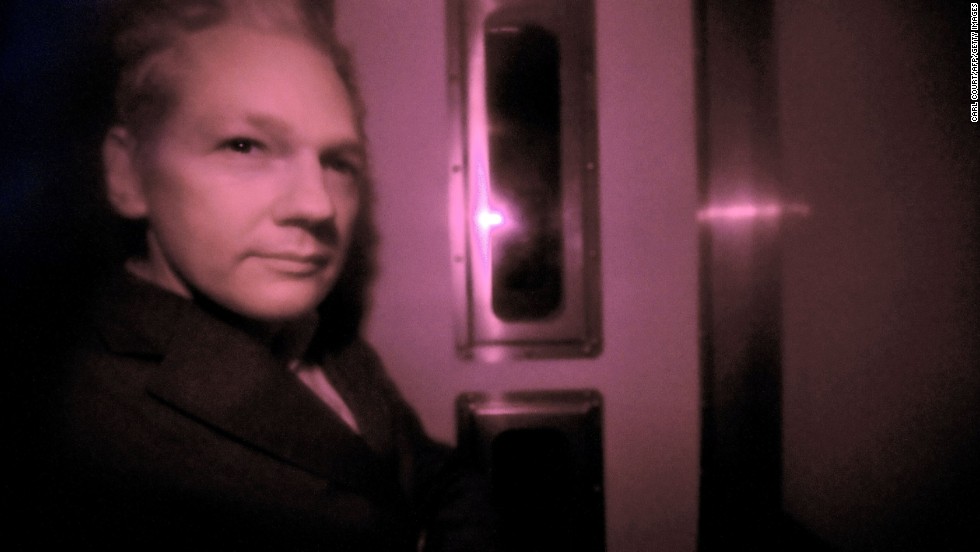 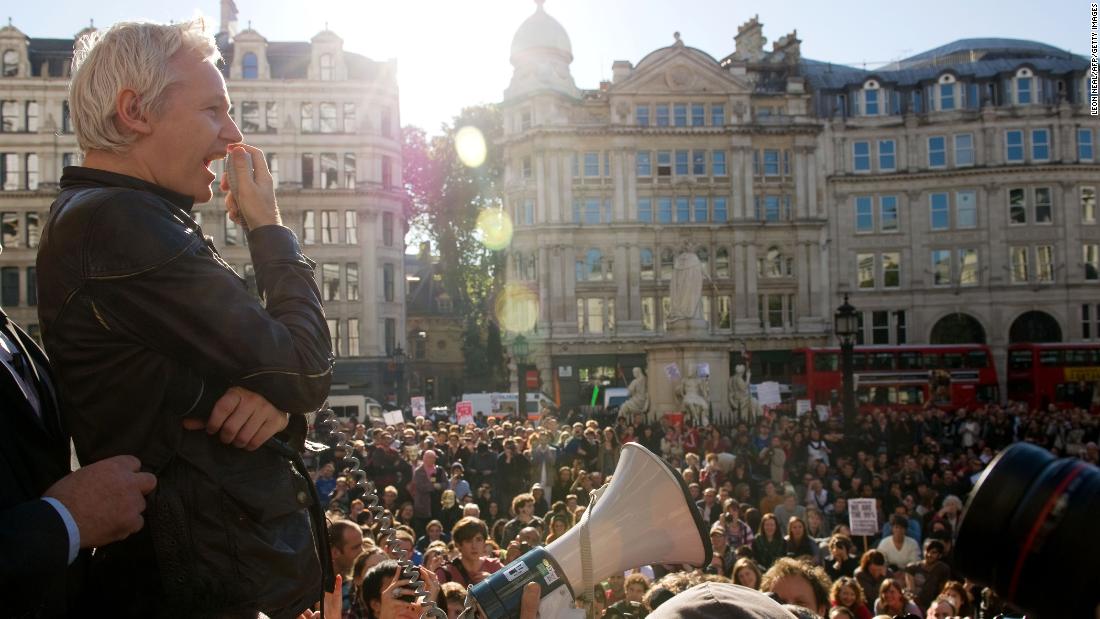 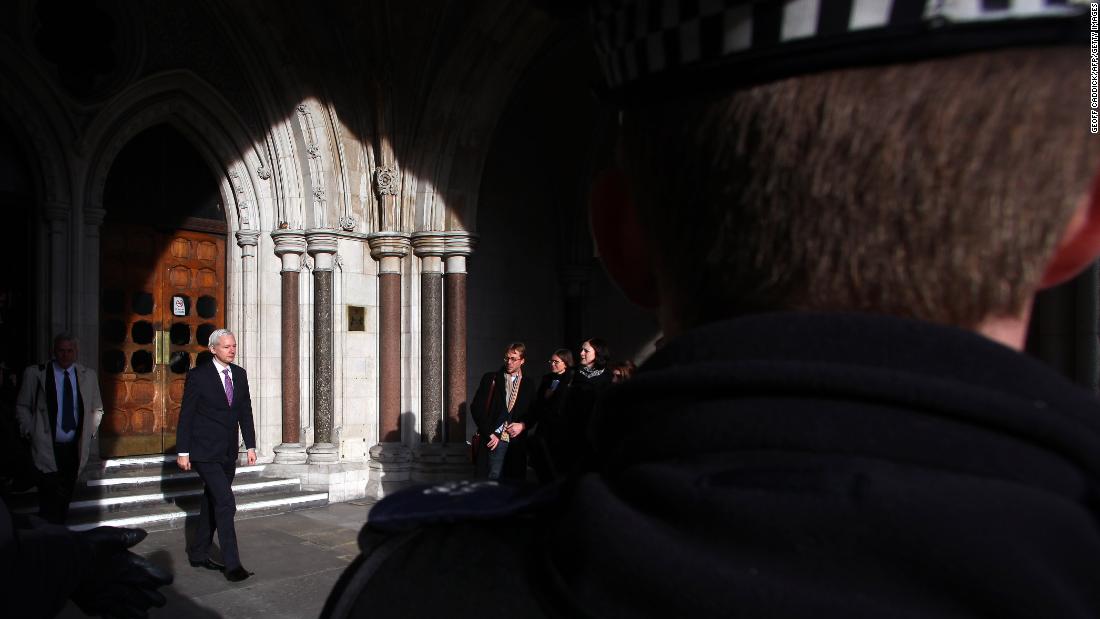 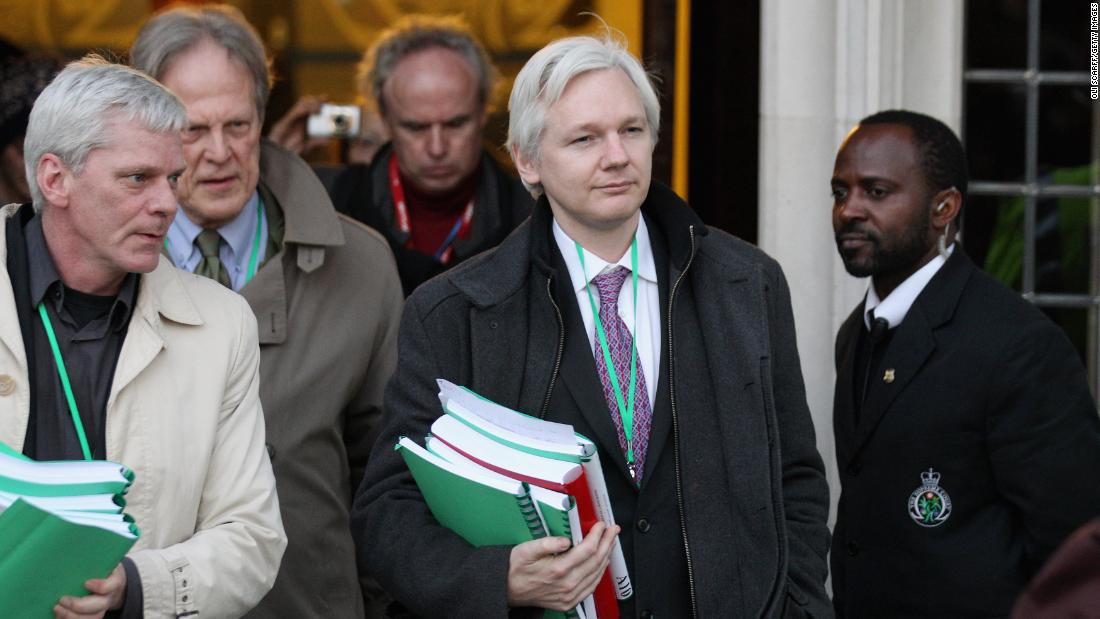 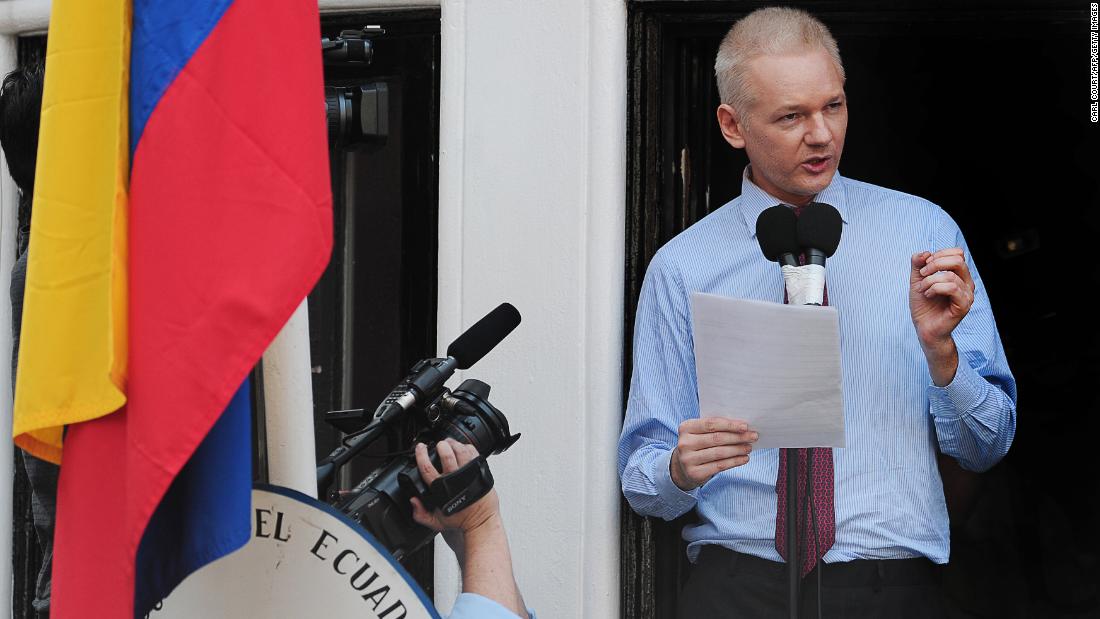 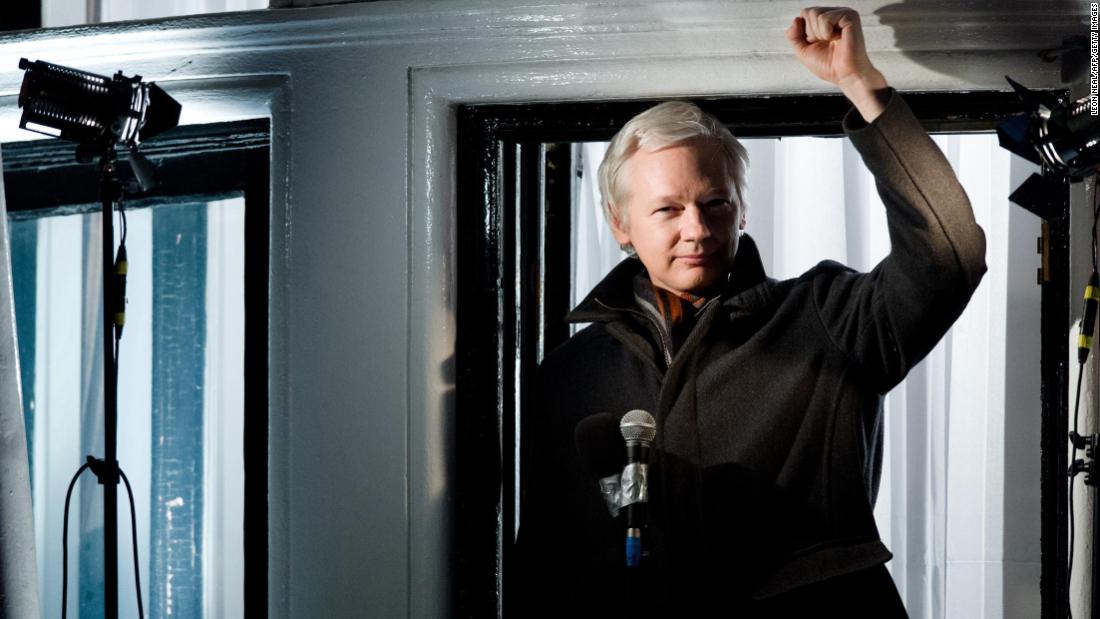 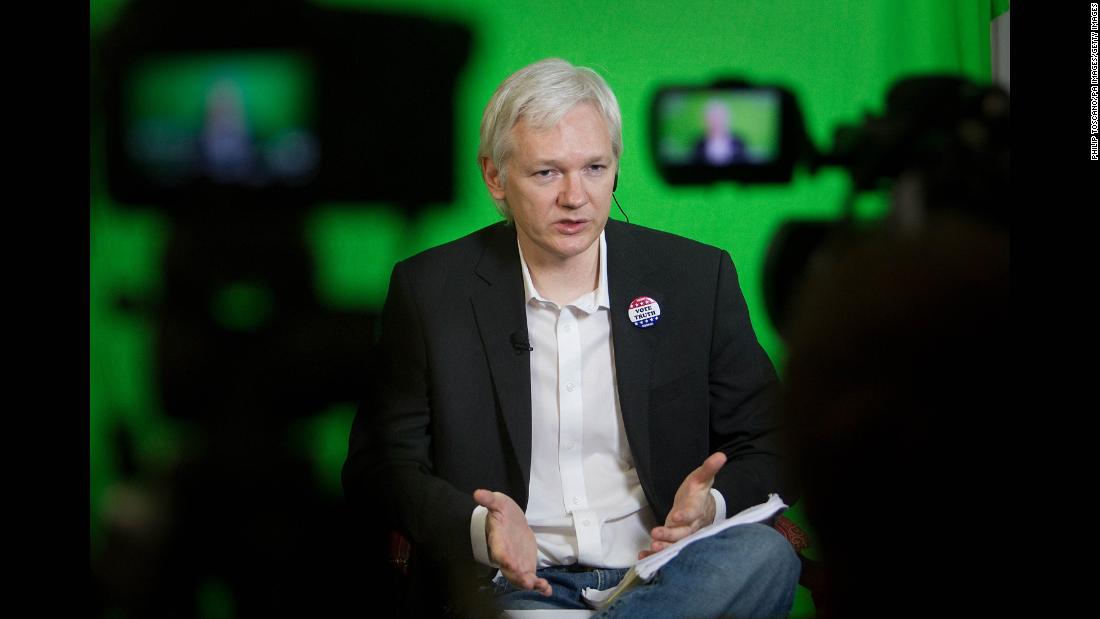 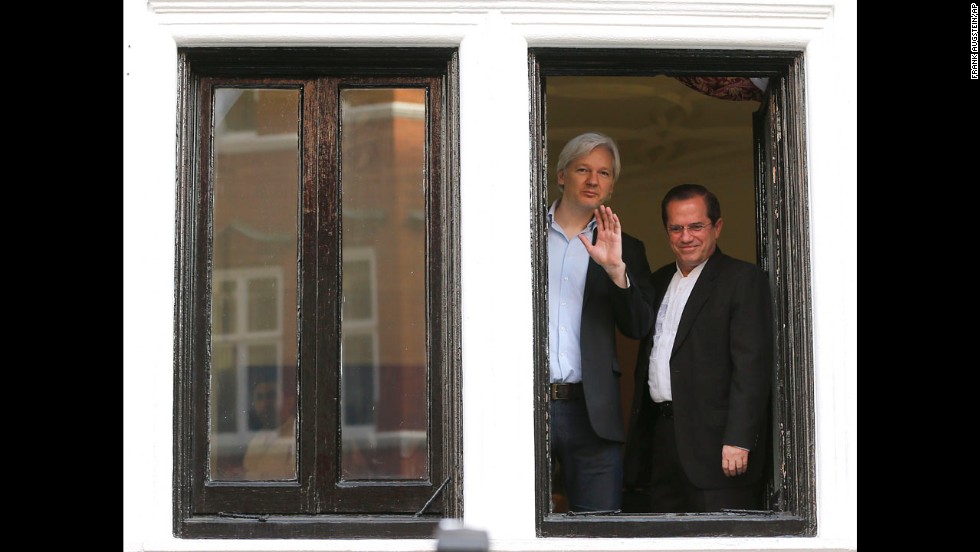 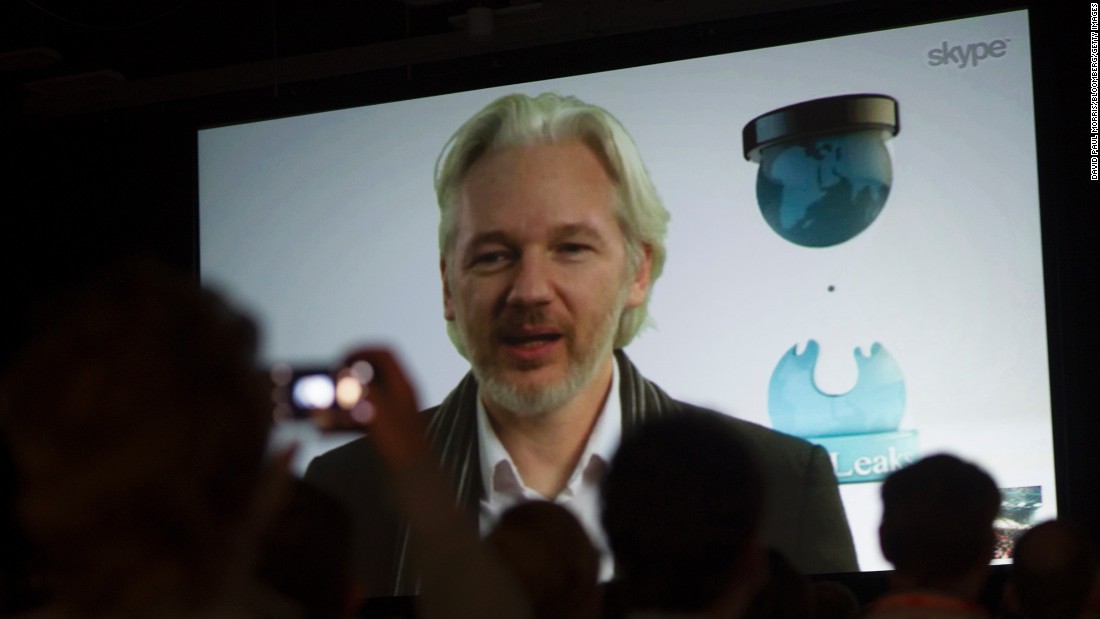 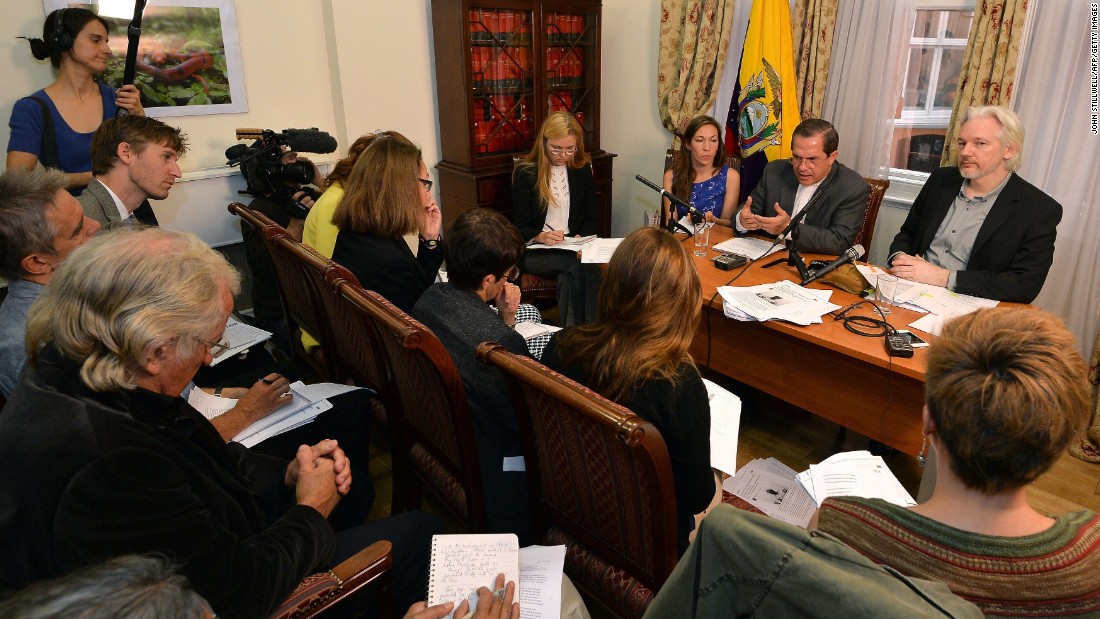 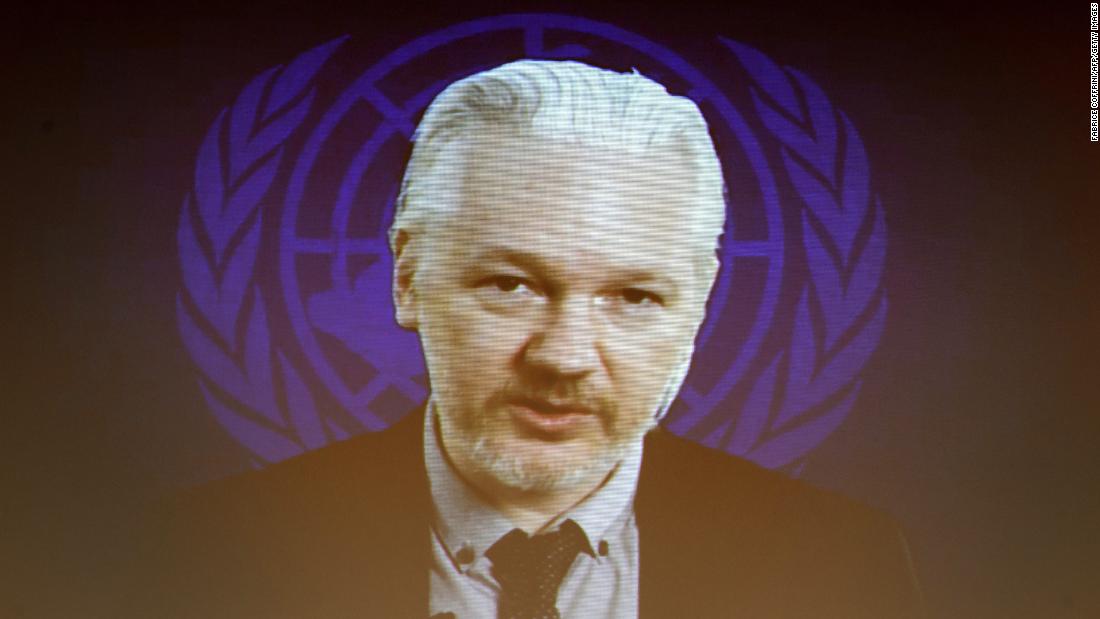 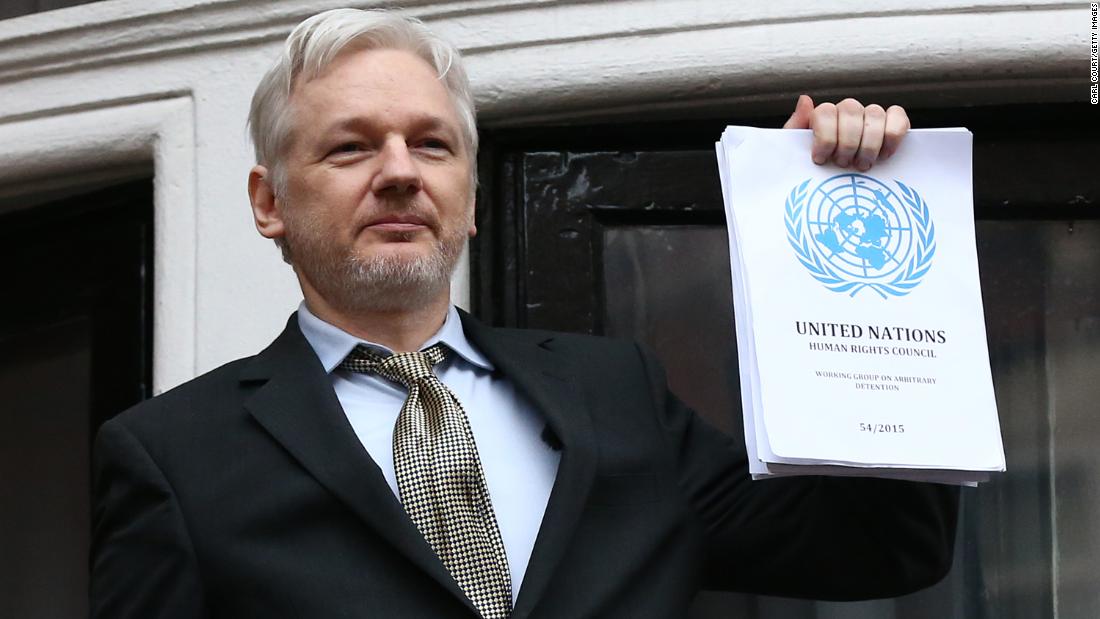 The former consul at the embassy, Fidel Narvaez, says he saw Assange two weeks ago. “He is a very strong man but remember he lives in a small flat, without natural light, just with artificial light,” Narvaez told CNN.
Narvaez doesn’t believe Assange is about to give up. “He is made for a big fight and I think he faces difficult and adverse situations with strength.”
He also maintains that Assange has the right to live in Ecuador, if the British government allows him to leave the country.
On their own admission, Assange’s legal team are in the dark about any negotiations that might be going on about Assange’s future.
The irony is that Assange fears extradition to a country whose President proclaimed himself a big fan of WikiLeaks when running for office. Donald Trump mentioned WikiLeak’s hacking of Hillary Clinton’s emails more than 100 times in the last month of the 2016 election campaign. At one point he said: “I’ll tell you this Wikileaks stuff is unbelievable. It tells you the inner heart, you gotta read it.”
He even went so far as to say: “I love WikiLeaks.”
Trump’s Secretary of State, Mike Pompeo, and the US Justice Department appear to think very differently. They believe Julian Assange should be brought in front of a US court. When he was Director of the CIA, Pompeo said: “We can no longer allow Assange and his colleagues the latitude to use free speech values against us.”
Pompeo said that WikiLeaks “walks like a hostile intelligence service and talks like a hostile intelligence service.”
Whether Robert Mueller’s team agrees — that’s the tantalizing question.