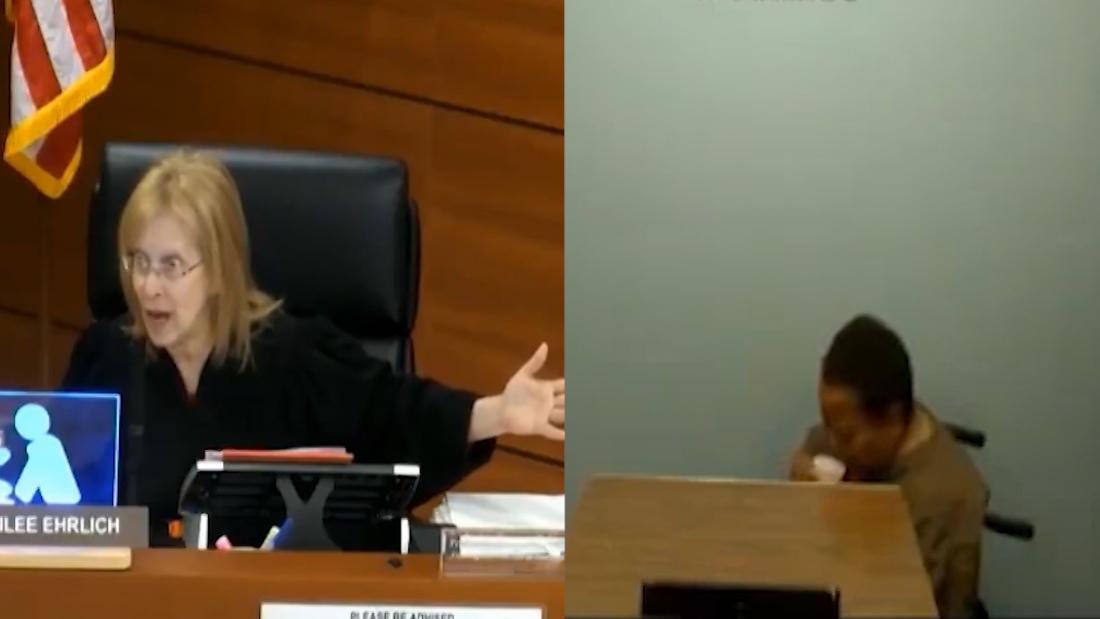 (CNN)A Florida judge who berated a woman in a wheelchair during her first appearance on a domestic violence charge has been told not to return to the courthouse, after the woman died.

Twiggs was in a wheelchair during her appearance and suffered from chronic obstructive pulmonary disease, asthma and diabetes, according to her sister, Anna Twiggs.
Ehrlich is seen in the video tearing into Twiggs, at one point saying, “I am not here to talk about your breathing treatments!”
Anna Twiggs bailed her sister out of jail Monday evening. She said she found her sister dead in her bed Wednesday morning.
‘”I love my sister and I miss my sister dearly,” Anna Twiggs told CNN. “The judge was so nasty to my sister. She didn’t allow my sister a breathing treatment when she needed one,” Twiggs said.
Chief Judge Jack Tuter, who oversees the 17th Judicial Circuit Court in Fort Lauderdale, released a statement over the weekend berating Ehrlich for her conduct.
“I am saddened and disappointed in the way Judge Ehrlich behaved on the video. Her behavior cannot be condoned,” Tuter said.
“In light of recent events, we have decided Judge Ehrlich will not return to the courthouse as her retirement is effective June 30. I will be working to find a substitute to cover Judge Ehrlich’s division,” Tuter said.
CNN reached out to Ehrlich but has not received comment.
Tuter said that he would personally be reaching out to the family today to “extend an apology on behalf of the 17th Circuit for the way their family member was treated by Judge Ehrlich.”
He added, “This is in no way a reflection of the many hard working judges in the 17th Circuit. I will be speaking with all our judges this week to reemphasize the public trust invested in the work we do. All our citizens, no matter what might bring them to the courthouse, deserve to be treated with dignity and respect.”