The academic believes violent men can be cured by the love of a good woman through enforced monogamy. And he cant understand why people are laughing at him? 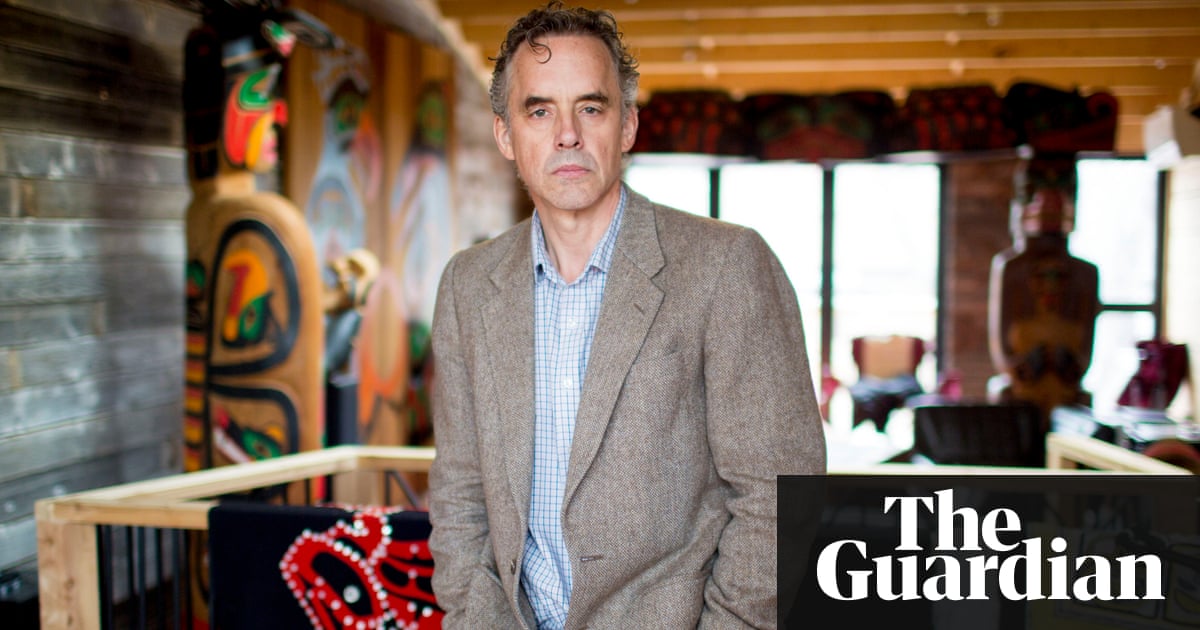 I read an interview recently in which a gentleman by the name of Jordan Peterson claimed that chaos is represented by ‘the feminine’ and order is masculine. What?

At the risk of angering the many, many men who have been, online and off, urgently assuring me of Peterson’s genius for near on a year now, I never quite got it. Oh sure, the man is clever – he’ll tell you that himself. But how smart can a person be if he retweets Daily Caller articles that begin with lines such as, “Yet again, an American city is being torn about by black rioters”? If you judge a man by the company he keeps, what to make of a man whose fans include Mike “Pizzagate will be huge!” Cernovich and Sean “Did I forget to mention I’m one of Michael Cohen’s clients?” Hannity? I mean, these guys are part of America’s current intelligence blackout, so what to make of their intellectual lode star?

Last weekend, the New York Times decided to find out and sent reporter Nellie Bowles to interview him and, hoo boy, did she write up a doozy of an article, one that is the very opposite to all the fanboy cant about him that fills the internet. Needless to say, his fans, shocked by the disrespect shown to their kahuna, are describing it as “a hit piece”, which is internet talk for “daring to quote his exact words and print them”.

Bowles describes his house, which is filled with communist propaganda from the former Soviet Union “to remind him of oppression”. “I say it seems stressful to live like this,” Bowles writes. “He tells me life is stressful.” Life is pain, sheeple! Did you learn nothing from The Princess Bride? Further details from Peterson’s home include the revelation that “over his bed is a painting celebrating electrification in the Soviet Union. On the wall across from it is a hyper-realistic painting of two nude women with swords.”

With such taste in art, it will perhaps not come as a surprise to learn that Peterson, who is married to a woman who is presumably very good at compartmentalising, has some sympathetic thoughts about men who blame their misogyny on women who don’t want to have sex with them.

“Violent attacks are what happens when men do not have partners, Mr Peterson says, and society needs to work to make sure those men are married. ‘The cure for that is monogamy. That’s actually why monogamy emerges,’ [he says.] Enforced monogamy is, to him, simply a rational solution. Otherwise, women will only go for the most high-status men, he explains, and that couldn’t make either gender happy in the end.

“‘Half the men fail,’ he says, meaning they don’t procreate. ‘And no one cares about the men who fail.’

“I laugh, because it is absurd.

“‘You’re laughing about them,’ he says, giving me a disappointed look. ‘That’s because you’re female.’”

Bowles was soon not the only person to be laughing at Peterson. Such was the reaction to her interview that Peterson felt compelled to blog about it, explaining in his usual “Look, you may not like it, but I’m just stating the scientific truth, guys” tone, that he wasn’t advocating the “arbitrary dealing out of damsels to incels”, just that scientific facts show that “socially enforced monogamous conventions decrease male violence”. How any of this explains his theory that feminine is chaos and masculine is order was left unexplored. So too were certain other scientific facts, such as that up to 70% of women globally have been abused by their partner, and two women a week in England and Wales alone are killed by former partners. No, we’re just told we should cure violent men with our magical vaginas, and if we fail to do so, our vaginas were presumably insufficiently magical.

Personally, I thought everyone knew that anyone described as “a public intellectual” is clearly more about the former half of the term than the latter. But I am glad we’ve had that matter settled at last with this New York Times interview. So thank you, Nellie Bowles, and goodbye, Mr Peterson. Enjoy your time with your stressful communist art.