Many were shocked when the Sounders striker was omitted from the Copa Amrica squad. But after two years of hype, it could be the best thing to happen to him 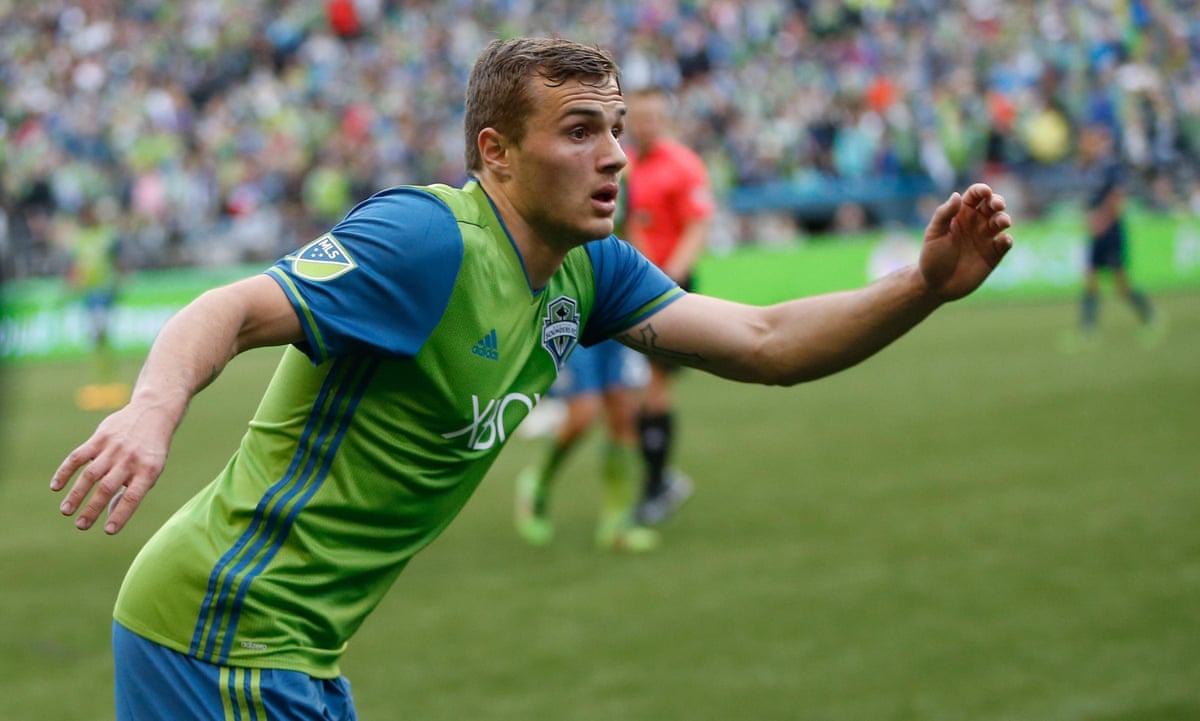 On the day Jordan Morris became the latest savior of US Soccer, he was thinking about dancing. Not dancing, to be precise. It was May 2014, and Morris was a sophomore at Stanford University in sun-soaked Palo Alto, California. Coincidentally, the US mens national team was also at Stanford that month, training ahead of the 2014 World Cup, and head coach Jrgen Klinsmann had arranged for his squad of professionals to scrimmage Stanfords amateur side of student-athletes.

Everyone was like this is the coolest thing ever, Morris told the Guardian in a recent interview. We were all so excited. Its the biggest game of our lives, you know.

But the day of the scrimmage, Morris mind was elsewhere. Earlier in the week, he had lost a crossbar challenge and, as punishment, was scheduled to dance at an annual Stanford athlete review show, The Stannies. Not one for the spotlight, Morris made a wager with his team-mates to get out of it. Score twice against the national team, and he was off the hook.

The scrimmage did not start well for the reluctant Baryshnikov. In the third minute, the US scored and proceeded to keep Stanford pinned in their own half. But the collegians recovered and kept it simple, defending with 10 men and attempting to spring the speedy Morris on the counter. Then a through ball put Morris in behind the US defense, and the young striker slotted home the finish.

Honestly I didnt even think I just scored against the national team, he says with a smile. I was thinking I have one more goal to score to not have to do this dumb dance!

Morris didnt get a second goal (one ended up being enough to avoid the dreaded dance-off), but he did get something much greater from the scrimmage: a call-up to the national team that August. What followed was an astronomical ascent. Morris became the first college player to feature for the senior team since 1999 and the first college player to score for them since 1992 (against arch-rival Mexico to boot).

With each appearance, the hype around Morris grew as pundits called on him to leave the cushy confines of college and turn pro. It was around this time that the reality of Morris (a good, young player) got inflated beyond recognition, and something else, The US Soccer Hype Machine, took over.

The US Soccer Hype Machine is a peculiar feature of American football culture, a media/fan hybrid always on the hunt for the latest young player preordained to save the game in the States. (Few pause to consider that the domestic game has been growing just fine without a messiah.) Every year, the machine ingests the latest prospect and places the heavy dreams of the entire soccer nation on his shoulders, believing that one transcendental player, the long-awaited American Messi, can redress all of American soccers structural shortcomings.

At best, a player can endure The US Soccer Hype Machines sharp teeth and emerge stronger, more resilient. At worst, the heady expectations can destroy a career. Over the last year, it has been focused on Morris. Now, it looks set to consume Borussia Dortmunds 17-year-old wunderkind Christian Pulisic. Years ago, it chewed up Freddy Adu.

So when Morris finally did turn pro in January, signing the most lucrative homegrown contract in MLS history with his hometown Seattle Sounders, the move came with the gargantuan expectations that had been marinating since his first appearance with the national team back in 2014. Expectations that only grew when the Sounders tweeted a Photoshopped picture of Morris posing next to Messi the day he signed his deal, and when US Soccer placed Morris alongside stars Tim Howard and Clint Dempsey in promotional photos for the new USA kit.

It didnt matter that Jordan Morris had never played a minute as a professional; the latest savior of American soccer had landed in Seattle.

But Klinsmann reminded us all this past weekend that hype is a fickle mistress. On Saturday, he announced the 23-man Copa Amrica roster, notably omitting Jordan Morris. The decision stunned fans and pundits alike. After two years of non-stop hype, how could Klinsmann leave his hand-picked star in Seattle?

But before I knew all that, when the Morris hype was still as fresh as his career was old, I wanted to understand Morriss experience, to hear what its like to have your life enter The US Soccer Hype Machine. So this past April, I went to Seattle.

I arrive on the kind of sun-drenched daythat makes it easy to think that endless summer will forever banish the gray skies of winter, and the mood at Sounders training is light ahead of a home match the next day against the Philadelphia Union. After a three-match losing skid to start the season, the Sounders are improving, scratching together four points from their past two games.

But if theres a dark cloud over the Sounders season so far, its that Morris has not yet scored a goal at that point in April. Even though the season is just five games old, Sounders fans are restless. Theyve been promised a messiah and are ready for a miracle.