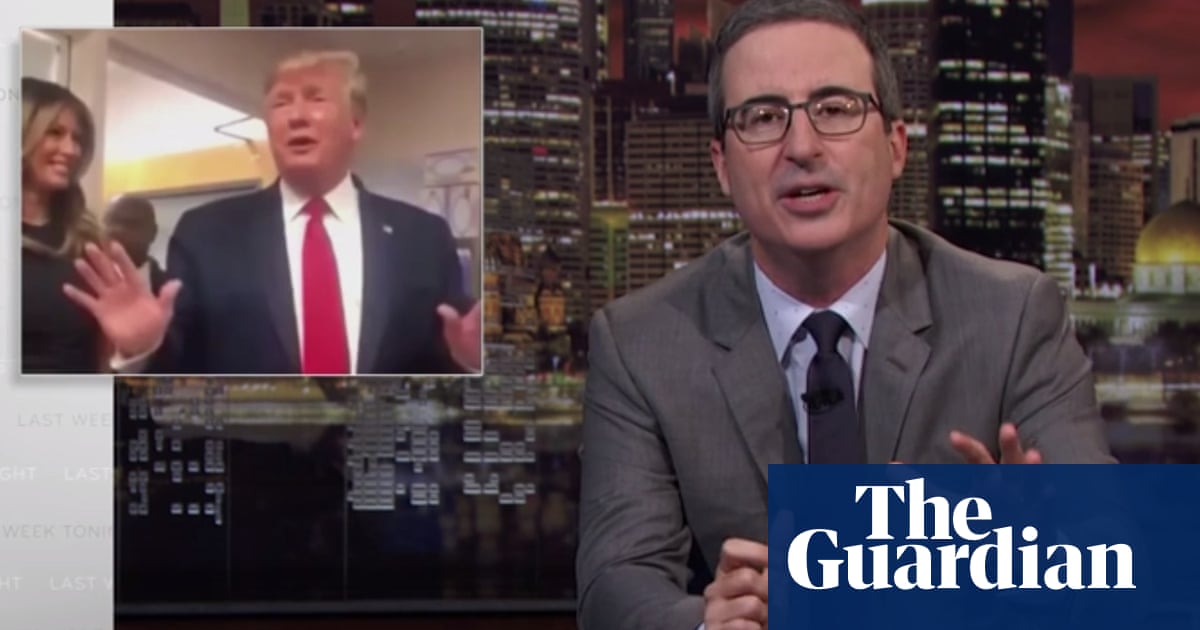 On his HBO show Last Week Tonight, the British comic said that Trump’s visit to a hospital in El Paso “went exactly as well as you’d expect” after footage surfaced of the president bragging about the size of his crowd at a Texas rally.

He then criticised his “pathological lack of empathy” before speaking about the problems arising from the Republican party’s decision to do nothing about gun control. When Ohio governor Mike DeWine was addressing a crowd last week, they started to chant ‘do something’ in response.

“You know you’re doing a bad job when people are yelling ‘do something’ at you,” he said. “Not even ‘try a different position’ or ‘like that but to the left’ but just ‘do something’, the universal complaint for men putting in less than zero percent everywhere.”

He then spoke about the NRA and how the scandal involving a Russian using them to infiltrate the Republican party was “comfortably bad enough” but how some “very suspicious expenditures” from the company’s CEO Wayne LaPierre have been creating even more controversy.

The NRA is tax-exempt since its a non-profit but LaPierre was found to have expensed almost $300,000 in a designer clothes store. “Wayne LaPierre appears to only own a single suit!” he exclaimed.

Oliver continued: “If you’re going to blow that much money on clothes, at least make more interesting choices than dressing like the head coach of the opposing team in a Mighty Ducks movie.”

He also spoke about the collapse of NRA TV, a network he has previously explored on his show. “The death of NRA TV is a tragedy – thoughts and prayers to all those affected,” he joked.

Oliver added: “A weakened NRA is nice, sure, but the only way things are really to change is if lawmakers continue to feel pressure and, if I can quote that Ohio crowd, do something.”