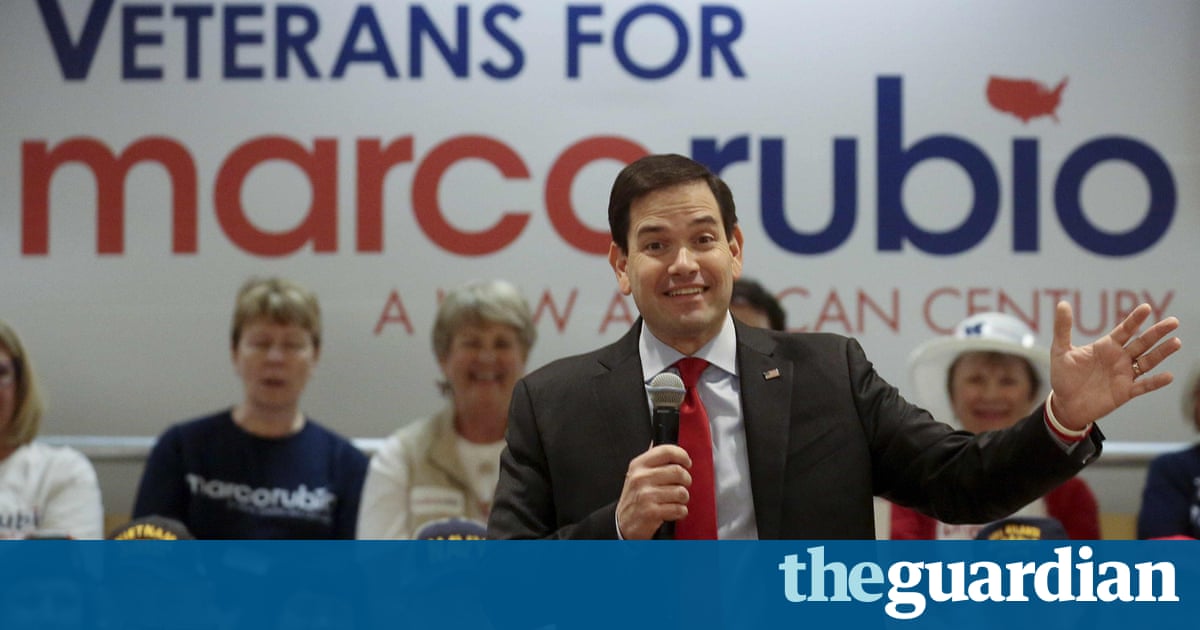 John McCain and Marco Rubio have sealed a night of comebacks for the political establishment with the senators seeing off primary challenges to secure the Republican nominations for crucial senate races in Arizona and Florida.

Facing tougher opposition from Democrats in November, the two big-name national figures who once had eyes on the White House are instead on the frontline of their partys battle to hold on to power in the US Senate.

A similar night of consolidation for the Democratic mainstream means Rubio will face the Florida congressman Patrick Murphy, who comfortably beat off his partys leftwing challenger Alan Grayson on Tuesday night. McCain needs to beat Ann Kirkpatrick, who won her Arizona senate primary unopposed for the Democrats.

Both incumbent Republican senators have an uneasy relationship with Donald Trump, whom they felt obliged to endorse as the partys presidential nominee. He may face more vocal criticism from them now their primary battles are over.

McCain in particular was seen as vulnerable to a populist challenge by Kelli Ward in Arizona, but was comfortably ahead by 55 to 35 percentage points when the Republican primary result was called shortly before 9pm local time.

Rubio launched his political comeback earlier on Tuesday night with a decisive victory in the Florida primary setting up a more winnable battle with Democrats, one that could determine control of the US Senate in November.

Despite announcing his decision to seek re-election only two months ago, the freshman senator saw off a challenge from Trump-supporting real estate developer Carlos Beruff to win the Republican nomination by a comfortable 72 percentage points to 18.

Previously Rubio had announced his retirement from politics after losing his home state to Trump by some 20 points in the presidential primary election. He was persuaded to change his mind as Republican leaders in Washington sensed that the Senate race in the state could prove pivotal.

This has been an unusual road back here with you tonight. As you know, after my race ended in March for the presidency I was prepared to become a private citizen, Rubio told supporters after the result. But I just couldnt be at peace with the idea that we were going to not just potentially lose the Senate seat but lose the balance of power in the Senate at this critical moment in our nations history.

The Associated Press also projected that congressman Murphy had won the Democratic primary in the state by a margin of 59 to 18 percentage points.

It sets up a tight race with Rubio in November, who is now narrow favorite to hold the state and could prevent Democrats netting the four seats nationwide they may need to swing control of the US Senate.

Murphy saw off a lackluster challenge from Grayson, who was badly damaged by domestic abuse allegations and reacted angrily to inquiries into his background.

It was a disappointing night overall for the progressive wing of the Democratic party, which had also hoped to unseat former Democratic National Committee chair Debbie Wasserman Schultz after she was seen to take sides against Bernie Sanders in the presidential race.

Sanders endorsed anti-establishment candidate Tim Canova in the 23rd House district around Miami, but he lost to Wasserman Schulz by nearly 14 percentage points.

Canova, who did not receive much direct support from Sanders, hinted at a possible concession as soon as the polls closed, telling supporters: No matter what happens we should all be proud of what weve accomplished in a short period of time.

But it is Rubios strong comeback against anti-establishment forces within the Republican party that is likely to be the most memorable feature of the Florida primary.

Beruff, a real estate developer who self-funded the campaign in a similar vein to Trump, had attacked Rubio for missing votes during his presidential campaign, not being anti-immigration enough and failing to wholeheartedly support Trump as the partys eventual nominee.

Similarly, Ward blasted McCain for being soft on immigration and too old to seek his sixth term as senator of the increasingly diverse state.

In Arizona the other big local news was the victory of controversial immigration control champion Sheriff Joe Arpaio in his primary.