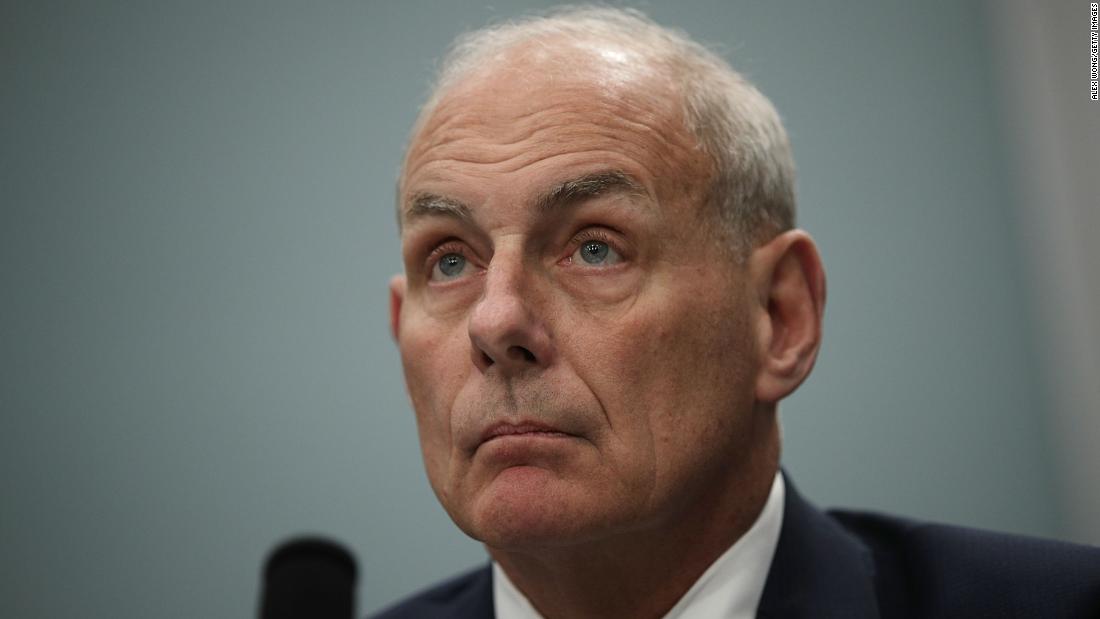 Washington (CNN)White House chief of staff John Kelly did not formally tender his resignation to President Donald Trump on Friday, but he did make clear that he would resign if the President wanted him to, a source with knowledge of the matter told CNN.

White House deputy press secretary Hogan Gidley adamantly denied that Kelly had offered to resign in any way.
“He has not offered to resign,” Gidley told CNN Friday.
While the source said there was no indication on Friday that Trump would ask Kelly to resign over the matter, another source told CNN’s Gloria Borger that Trump has been asking friends and associates over the phone about various potential replacements for the chief of staff position.
Those would-be candidates include House Majority Leader Kevin McCarthy, Budget Director Mick Mulvaney and House Freedom Caucus Chairman Mark Meadows. Chief economic adviser Gary Cohn and CIA Director Mike Pompeo could also be on the list of potential replacements.
A person familiar with the matter told CNN that Trump previously asked confidant and longtime friend Tom Barrack if he’d “would ever consider” the chief of staff job but Barrack declined. The person said Barrack has indicated he’s better suited on the outside because of his counsel and relationships in the business world.

Has suggested resigning before

Kelly has said he is willing to resign multiple times in the past over disagreements with the President, sources said, calling it a tactic.
Kelly and other top administration officials are facing questions about why they did not act to remove Porter from his position after they found out about allegations that Porter struck his two-ex-wives while they were married.
Senior aides knew for months about the allegations levied against Porter, even as his stock in the West Wing continued to rise, multiple sources have told CNN.
Even after the allegations surfaced publicly, sources told CNN that Kelly did not urge Porter to resign or seek to force him out. Instead, the White House released a statement from Kelly praising Porter’s character.
It wasn’t until the uproar over the allegations grew and more details surfaced that Porter resigned and Kelly put out a second statement expressing concern about the allegations.
On Thursday, deputy press secretary Raj Shah issued a rare admission that the White House could have handled the Porter situation better.
“We all could have done better over the few hours or last few days in dealing with this situation,” Shah told reporters Thursday. “But you know this was a Rob Porter that I and many others have dealt with, that Sarah (Sanders) had dealt with, that other officials, including the chief of staff had dealt with. And the emerging reports were not reflective of the individual who we had come to know.”