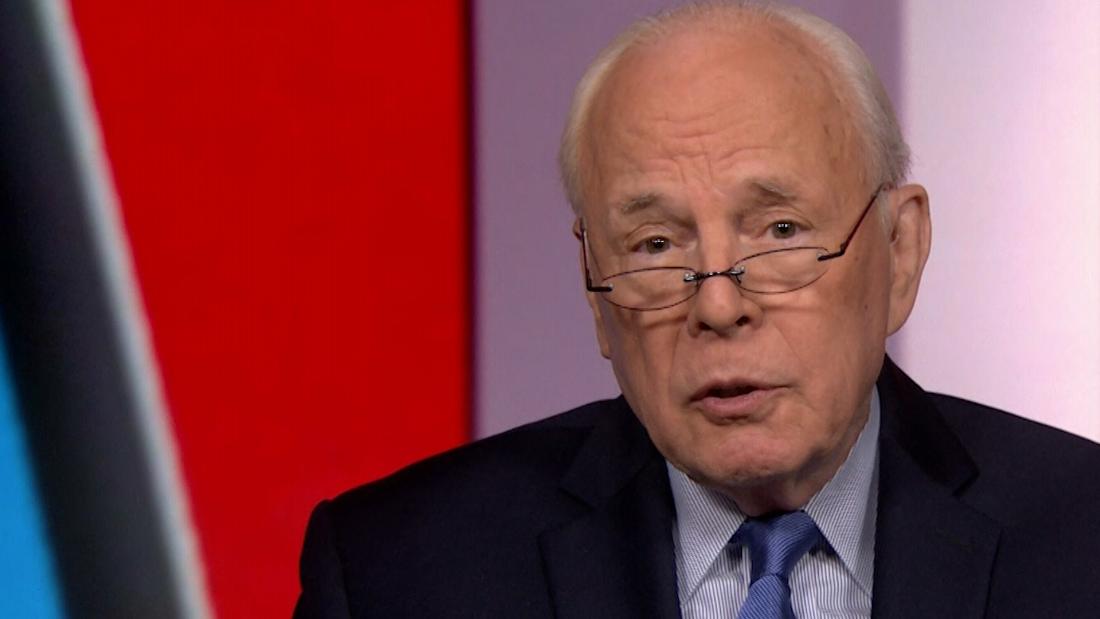 (CNN)Democrats are planning to call John Dean, who served as White House counsel during the Nixon presidency, to testify in opposition to Judge Brett Kavanaugh next week during his Supreme Court confirmation hearings, according to a release Thursday from Senate Judiciary Chairman Chuck Grassley, R-Iowa.

Dean, a CNN contributor, is known for his cooperation with prosecutors during the Watergate investigation. Democrats — seizing on some of Kavanaugh’s past statements regarding presidential authority — hope to highlight Dean’s testimony on the abuse of executive power.
In all, 13 witnesses will testify in support of Kavanaugh and 13 will speak against his nomination during a Senate Judiciary Committee hearing September 7 that will focus on the nominee’s early career in partisan politics, his years in the George W. Bush White House and the nearly 300 opinions he’s issued as a federal judge.
The witnesses’ testimony will come after Kavanaugh has spent hours answering questions from both sides of the aisle Wednesday and next Thursday. The witnesses are meant to offer different perspectives on the nominee, and shore up any questions that may have been raised during the hearings.
Democrats also plan to highlight abortion rights and will call Rochelle Garza, the legal guardian of an undocumented teen who sought access to an abortion last fall while she was in US custody. The teen ultimately prevailed before the DC Circuit but Kavanaugh, a judge on that court, dissented from the opinion.
The Democrats will call up university professors who are expected to testify on the impact that Kavanaugh’s votes on the Supreme Court could have on issues such as voting rights and the environment. Rep. Cedric Richmond, a Louisiana Democrat who’s the chairman of the Congressional Black Caucus, is also slated to be called.
In addition to Clement and Olson, Republicans will call Maureen Mahoney, a retired partner at the law firm Latham & Watkins, who will testify about Kavanaugh’s role mentoring female clerks who seek to break into the Supreme Court bar. Liberal law professor Akhil Amar of Yale Law School, who penned an opinion piece last month called “A Liberal’s Case for Brett Kavanaugh,” will warn Senate Democrats about injecting too much politics into the hearings.
Former clerks and students also will appear, as well as a woman whose daughter plays basketball under “Coach K.”
Kavanaugh will be introduced Tuesday at his hearing by Republican Sen. Rob Portman of Ohio, former Secretary of State Condoleezza Rice and liberal lawyer Lisa Blatt.
Portman and Rice worked with Kavanaugh in Bush’s White House. Blatt, a former clerk to Justice Ruth Bader Ginsburg, wrote an opinion piece in Politico supporting Kavanaugh’s appointment.
Kavanaugh, 53, was tapped by President Donald Trump in July to fill the spot left on the court by retired Justice Anthony Kennedy. He needs just 50 Senate votes to be confirmed.