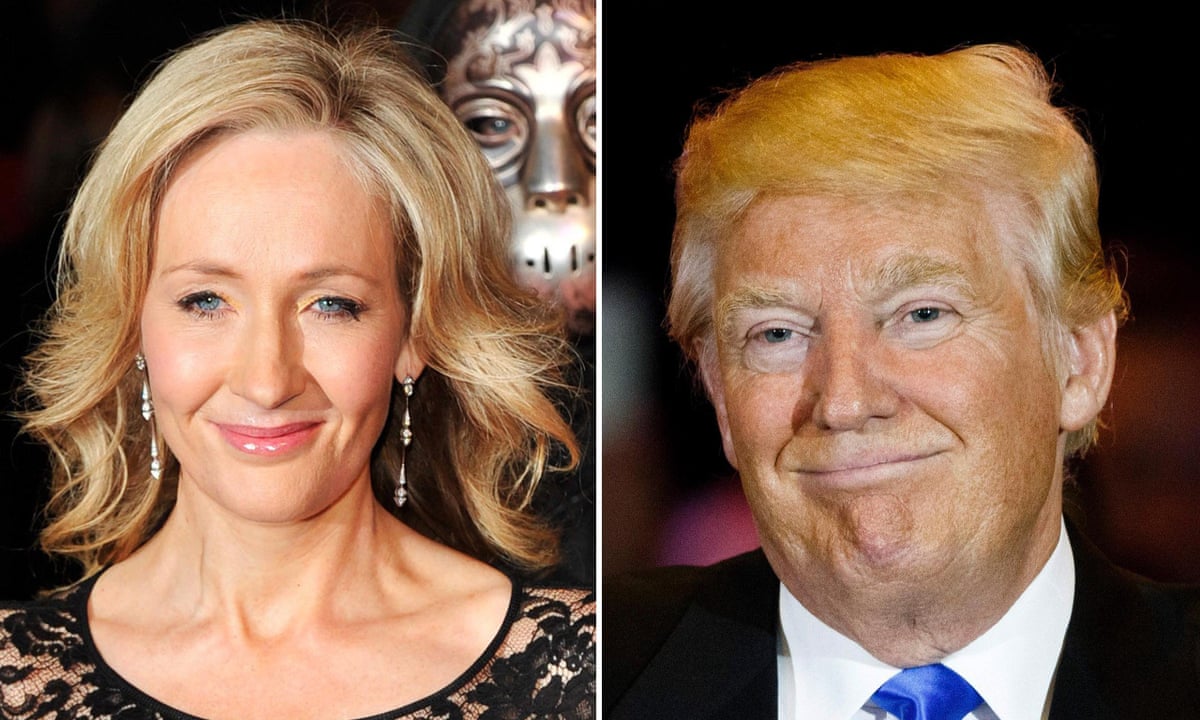 JK Rowling has said that while she finds almost everything that Donald Trump says objectionable, he still has her full support to come to the UK and be offensive and bigoted there.

Rowling, speaking at Pen Americas annual literary gala in New York, was referring to the petition launched last year calling for Trump to be barred from visiting the UK, which garnered hundreds of thousands of signatures.

While she personally finds Trump offensive and bigoted, Rowling said that his freedom to speak protects my freedom to call him a bigot, just as those critics who have claimed that she is trying to convert children to satanism with the Harry Potter books are at liberty to do so, and she is free to explain that Im exploring human nature and morality, or to say youre an idiot, depending on which side of the bed I got out of that day.

If you seek the removal of freedoms from an opponent simply on the grounds that they have offended you, you have crossed a line to stand alongside tyrants who imprison, torture and kill on exactly the same justifications, the novelist said. Rowling was at the Pen event to receive the 2016 Pen/Allen Foundation literary service award, an honour given to a writer who works to oppose repression in any form and to champion the best of humanity.

Rowling, who was honoured for her work as an advocate for womens and girls rights and as a fierce opponent of censorship, was clear that the US presidential hopefuls freedom guarantees mine.

Unless we take that absolute position without caveats or apologies we have set foot upon a road with only one destination, she told her New York audience. If my offended feelings can justify a travel ban on Donald Trump, I have no moral grounds on which to argue that those offended by feminism, or the fight for transgender rights, or universal suffrage, should not oppress campaigners for those causes.

Warning that the growing intolerance of alternative viewpoints is making her most uncomfortable, Rowling said the west sometimes takes its freedoms for granted. I worry that we may be in danger of allowing their erosion through sheer complacency. The tides of populism and nationalism currently sweeping many developed countries have been accompanied by demands that unwelcome and inconvenient voices be removed from public discourse. It seems that unless a commentator or a television channel or a newspaper reflects exactly the complainants world view it must be guilty of bias or corruption.

She ended her acceptance speech by pointing to the case of Tal Al-Mallouhi, who was arrested by Syrian security forces in 2009 over her blog entries. Al-Mallouhi was 18 at the time, and remains in prison.