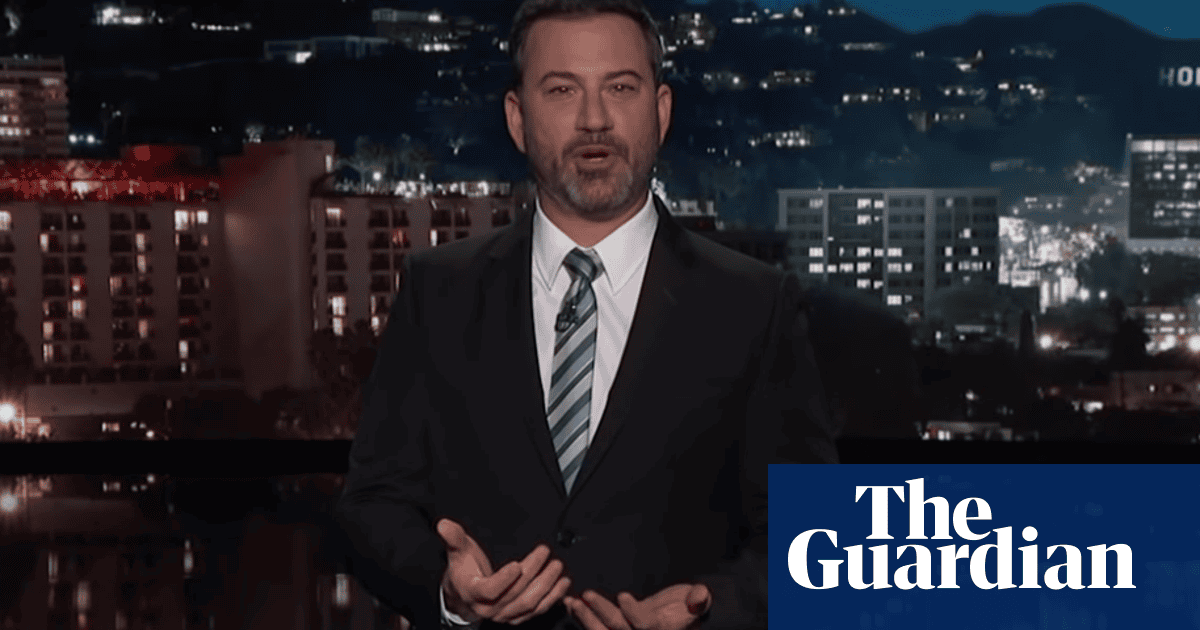 Late-night hosts took aim at Donald Trump’s much criticised op-ed for USA Today, referring to it as “fake news”.

On Jimmy Kimmel Live!, the host spoke about the article, which referred to Democrats as “radical socialists”, and the many reported inaccuracies it contains. “Donald Trump was in the fake news today,” he remarked.

He joked: “Are any of you staying in a Holiday Inn Express and maybe you saw it?”

The main thrust of the piece was the apparent dangers that a Democrat-led healthcare plan would bring for Americans. “This op-ed really makes me mad because in it, Trump blasts what he calls the Democrats’ ‘Medicare for All’ policy while really, truly outrageously claiming that he kept a promise to protect coverage for those with pre-existing conditions,” he said.

Trump wrote in the article that premiums have gone down while he has been president. “They would have gone down even further if you and your buddies hadn’t spent the last year trying to cripple the plan we have now,” Kimmel responded.

He continued: “This is like claiming you saved people from drowning after you put a hole in the ship.”

On The Tonight Show, Jimmy Fallon started with a reminder that Trump is set to meet Kanye West this week which “means right now a bunch of Russians is arguing over who gets to eavesdrop”.

He continued: “It’ll be like when two toddlers interact. It looks like they’re having a conversation but they’re not actually making any sense.”

After the resignation of the UN ambassador, Nikki Haley, Fallon showed a graphic of the many people who have left Trump’s White House which “looks like the yearbook for the whitest high school ever”.

He also joked about the inaccuracies in Trump’s op-ed. “It turns out a pharmacist isn’t someone who works on a farm and shingles isn’t a tube of potato chips,” he said.

On The Daily Show, Trevor Noah spoke of the upcoming midterm elections. “If you can vote, I hope you don’t take the amazing opportunity you have to get a free sticker,” he joked.

Noah then spoke about the hotly contested race in Georgia between Brian Kemp and Stacey Abrams, who could be the first black woman ever to become a governor. “I’m not even gonna waste time telling you which party they belong to because, really now?” he said.

He then brought on correspondent Roy Wood Jr. “I know many people think of Georgia as a red state, but nowadays it’s a lot like old white people’s feet: getting weirdly bluer and bluer,” he said.

Kemp’s politics are seen as leaning heavily to the right, even within his party. “Even Republicans look at him and say: ‘God damn, that’s a Republican,’” he joked.

A campaign ad was then played in which Kemp talked of rounding up illegal immigrants in his truck. “Why is Kemp talking about securing the border?” Noah asked. “Is Georgia even next to Mexico?”