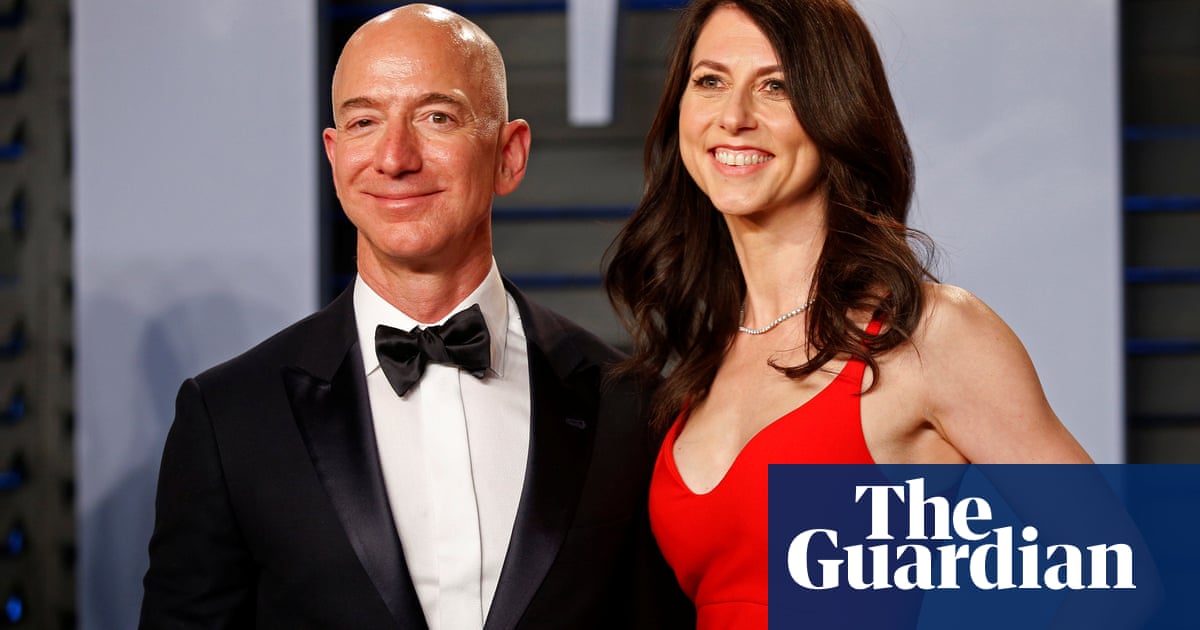 The world’s richest couple revealed the terms of their divorce on Thursday as Jeff and McKenzie Bezos – seen as the “parents” of the global online retail giant and media company Amazon – wrapped up their painful split.

MacKenzie, now the ex-wife of Amazon’s founder and chief executive officer Jeff, will give 75% of their stake in the company and all voting rights to the billionaire entrepreneur.

Jeff Bezos is the richest man in the world. The agreement does not make McKenzie the richest woman in the world, as speculation has suggested it might. She will have to get along on the proceeds of her stake, estimated at $36bn at current market prices.

The world’s richest woman, according to Bloomberg estimates, is the L’Oréal cosmetics heiress Françoise Bettencourt Meyers, whose net worth is estimated at $45.6bn.

Jeff and MacKenzie’s total stake in Amazon of $143bn had made them the richest couple in the world.

As part of the terms of their divorce, MacKenzie Bezos will also relinquish all her interests in the Washington Post newspaper, which her then husband snapped up for a mere $250m in a surprise deal in 2013, and rocket company Blue Origin, she said in a tweet on Thursday.

The announcement resolves questions about the direction of the world’s largest online retailer that have abounded since the couple announced their divorce in January. Jeff Bezos will retain company control.

The settlement also suggests that Amazon will be spared the kind of boardroom battle that has plagued other companies whose owners are dealing with family rifts.

“Happy to be giving him all of my interests in the Washington Post and Blue Origin, and 75 percent of our Amazon stock,” MacKenzie Bezos said in the tweet.

“Grateful to have finished the process of dissolving my marriage with Jeff with support from each other and everyone who reached out to us in kindness, and looking forward to next phase as co-parents and friends,” MacKenzie Bezos wrote.

The pair announced in January that they planned to divorce.

At the time, they said: “As our family and close friends know, after a long period of loving exploration and trial separation, we have decided to divorce and continue our shared lives as friends,” the announcement posted on Twitter read. “We feel incredibly lucky to have found each other and deeply grateful for every one of the years we have been married to each other.

“If we had known we would separate after 25 years, we would do it all again.”

On 9 January, three days after the Golden Globes awards at which Jeff Bezos was photographed at an after-party with the American TV presenter and helicopter pilot Lauren Sanchez, he used Twitter to announce his divorce from novelist MacKenzie. The following day, the scandal-soaked, sensationalist supermarket tabloid the National Enquirer revealed Bezos’s extramarital affair with Sanchez, 49, a former host of the series So You Think You Can Dance?

Speculation was rife that Donald Trump, who was previously a longtime friend of David Pecker, the man who controlled the publisher of the Enquirer, had “weaponized” the tabloid to go after Bezos because the president hates the coverage he gets in the Washington Post.

In a lengthy blogpost, Bezos then accused Pecker of extortion and trying to blackmail him.

In the divorce agreement announced on Thursday, MacKenzie Bezos retains a 4% stake in Amazon. Bezos is the largest shareholder of the company they began in 1994 as an online bookseller, which severely disrupted the normal model of retail book selling, and even publishing. Amazon has grown into an all-purpose online retailer, which has gone on to challenge high streets and shopping malls across the world.