Ex-leader of French far-right party tweets that if he were American he would vote for the Republican frontrunner, as Trump disavows David Duke endorsement 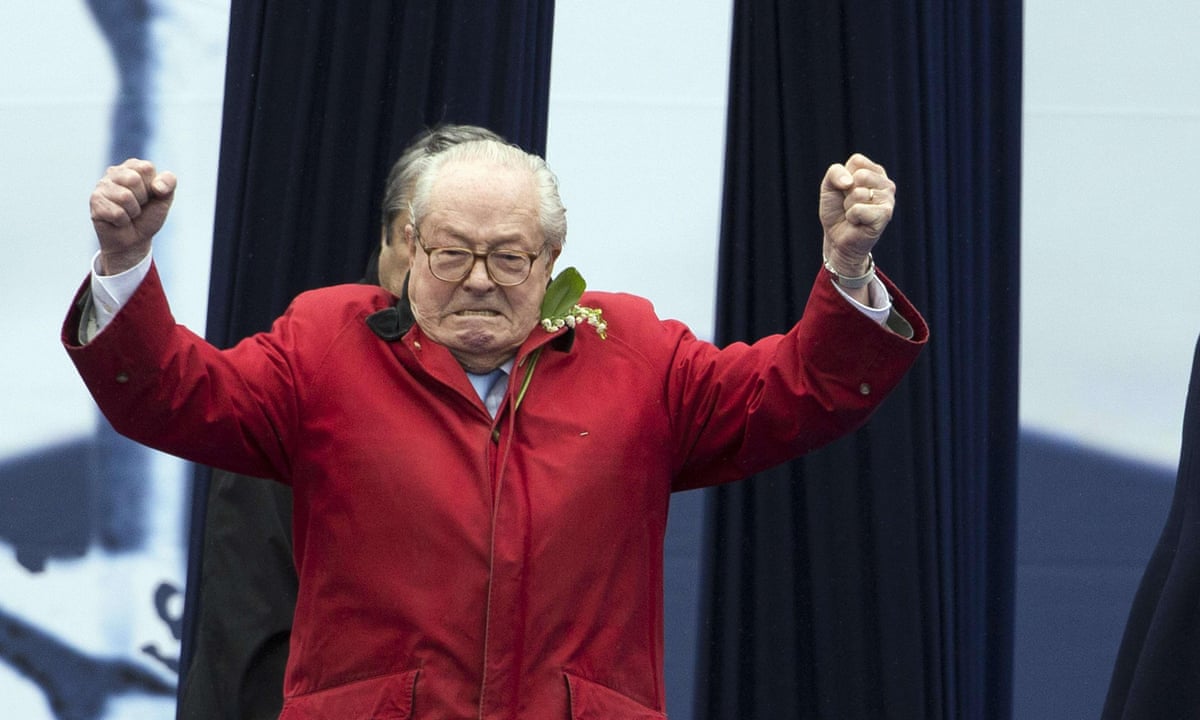 Donald Trump received a vote of confidence on Saturday from Jean-Marie Le Pen, the former leader of Frances Front National who in the past has said the Nazi occupation was not particularly inhumane and suggested Ebola could solve Europes immigration problem.

If I were American, I would vote Donald Trump, Le Pen tweeted on Saturday about the Republican frontrunner for president. But may God protect him!

Trumps ascendance in American politics began with his promises to build a big, beautiful wall along the US-Mexican border, derogatory comments about Mexicans, and a promise to deport 11 million undocumented people.

Donald Trump Jr retweeted about Le Pen, albeit indirectly. The billionaires eldest son quoted an editor at rightwing news site Breitbart who declared: Trump has become the international leader of the populist revolt against the elites.

Marine Le Pen, Jean-Maries daughter, currently leads the party, which expelled its founder last year for the extremity of his views. Like her father, she has appeared in court on charges arising from her inflammatory remarks.

In 2012, Jean-Marie Le Pen was found guilty of contesting crimes against humanity. In 2015, his daughter was acquitted of inciting hatred with a comparison of French Muslims to Nazis who occupied the country during the second world war.

On Friday, Trump disavowed the endorsement of another figure associated with inciting racial enmity, the former Ku Klux Klan grand wizard David Duke. The white nationalist told supporters: Hes made it OK to talk about these incredible concerns of European Americans today.

Voting against Donald Trump at this point is really treason to your heritage, Duke said.

Trump has racked up less controversial endorsements in the last week, including his first from sitting governors. New Jersey governor Chris Christie endorsed his former rival on Friday, followed in short order by Maine governor Paul LePage. In 2012, LePage suggested the Internal Revenue Service was capable of a horrific crime against humanity akin to the Holocaust.

On Saturday, the Trump campaign announced an endorsement from the former Arizona governor Jan Brewer, who in 2010 said that undocumented people bring into the US everything from the crime and to the drugs and the kidnappings and the extortion and the beheadings.

Trump said in a statement that he felt honored to receive the endorsement from Brewer.

I love the state of Arizona, he said, and have received incredible support throughout the state. I am leading in all the polls and we have had amazing events with tremendous crowds.