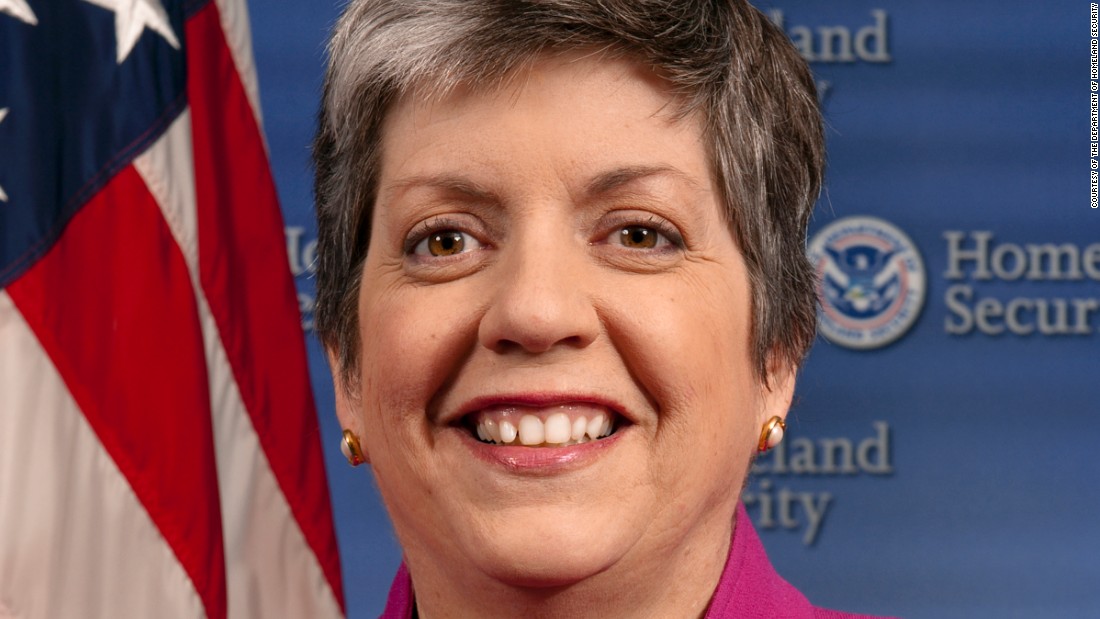 Here’s a look at the life of the former Secretary of the Department of Homeland Security, Janet Napolitano.

Birth place: New York, New York
Birth name: Janet Ann Napolitano
Father: Leonard Michael Napolitano, anatomy professor and Dean, University of New Mexico School of Medicine
Mother: Jane Marie (Winer) Napolitano
Education: Santa Clara University, B.S., 1979; University of Virginia, J.D., 1983
Other Facts:
Grew up in Pennsylvania and New Mexico.
First female valedictorian at Santa Clara University in California.
Lifetime member of the Girl Scouts of America.
Enjoys hiking and tennis.
Is a big fan of Arizona professional basketball and baseball teams.
Timeline:
1983-1984 – Law clerk for Judge Mary Schroeder of the US Court of Appeals, Ninth Circuit.
1984-1993 – Associate, later partner at Lewis & Roca in Phoenix.
1991 – Member of the legal team representing Anita Hill during the sexual harassment investigation of Supreme Court nominee Clarence Thomas.
1993-1997 – US Attorney for the District of Arizona.
1999-2002 – Attorney General of Arizona. She is the first woman to hold this position.
July 25, 2000 – Undergoes a successful mastectomy on her right breast for cancer.
January 6, 2003-January 21, 2009 – The first Democrat in twelve years to be governor of Arizona.
November 13, 2005 – Time Magazine names Napolitano as one of the nation’s top five governors.
August 7, 2006-July 23, 2007 – First female chair of the National Governors Association.
December 1, 2008 – President-elect Barack Obama nominates her to be the Secretary of Homeland Security.
January 15, 2009 – Napolitano’s confirmation hearing before the Homeland Security and Governmental Affairs Committee begins.
January 21, 2009 – The third Secretary of the Department of Homeland Security and the first woman to hold the position.
July 12, 2013 – Announces her resignation.
September 6, 2013 – Napolitano leaves the Department of Homeland Security.
September 30, 2013-present – President of the University of California.
May 17, 2016 – The Department of Homeland Security hosts an official portrait unveiling ceremony honoring Napolitano. The portrait is displayed in the Department of Homeland Security Headquarters in Washington.
January 16, 2017 – Napolitano is hospitalized, suffering side effects from cancer treatment. She had been diagnosed with cancer in August of 2016 and is close to completing treatment, according to the University of California.
September 8, 2017 – The University of California sues the Donald Trump administration over its decision to end DACA. Napolitano helped establish the Deferred Action for Childhood Arrivals program that has protected nearly 800,000 young undocumented immigrants from deportation and given them the ability to work and study in the US.
October 26, 2017 – Napolitano announces the National Center for Free Speech and Civic Engagement. The new endeavor hopes to facilitate a “concerted educational, research and advocacy effort that will center on the First Amendment’s critical importance to American democracy.” Napolitano will chair the center which will be housed at UCDC, The University of California’s Washington, DC location.