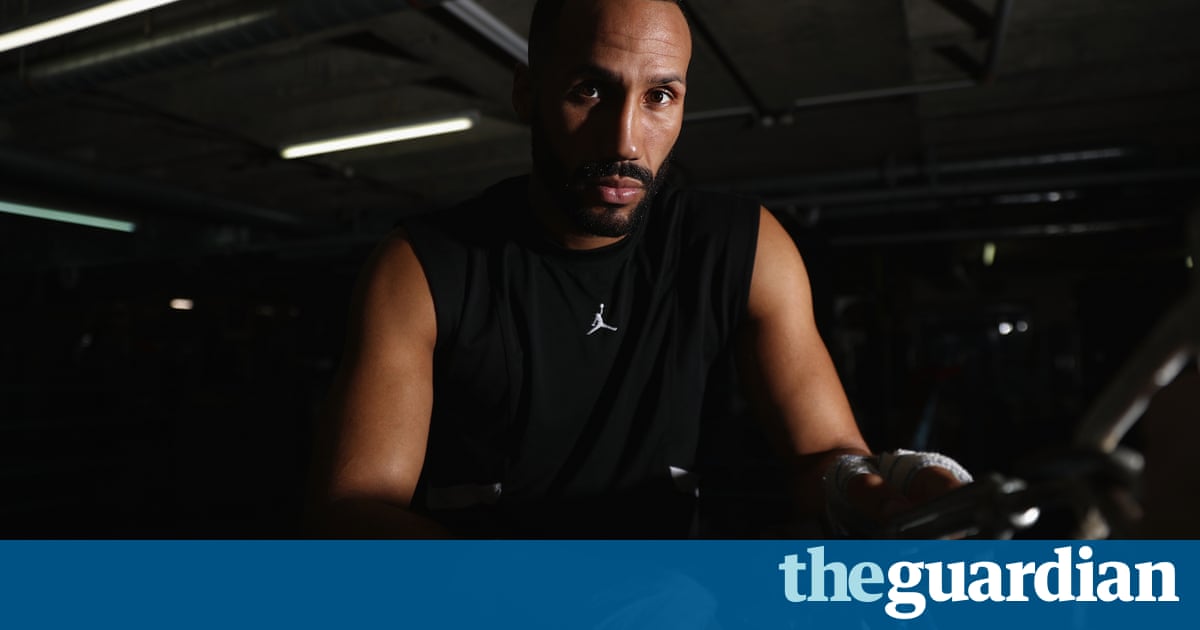 James DeGale is no stranger to winning in an opponents backyard. Now the southpaw known as Chunky is looking to play the road warrior once more with his eyes on a triumphant homecoming this year.

DeGale, who holds the IBFs version of the super middleweight title, is out to unify belts against the WBC holder Badou Jack in the main event of a stacked card at Brooklyns Barclays Center on 14 January.

The bout will mark DeGales fourth successive outing on foreign soil, a run that has vaulted him from domestic standout to the pinnacle of the super middleweight division. The first came in 2015, when he outpointed Andre Dirrell in Boston to secure the IBF super middleweight title, making him the first British fighter to win both an Olympic gold medal and a world championship. That was followed by decisive points wins against Lucian Bute in Quebec and Rogelio Medina in Washington DC.

I actually like boxing away from home, DeGale said on Wednesday in a conference call with reporters. It takes the pressure off you a little bit. Listen, Im living the American dream. I went to America. Boxing is fantastic in the States. I got a fantastic opportunity from [adviser] Al Haymon. But this one is the big one. New York, Barclays Center, unifying the division. You cant beat it.

The itinerant 30-year-old said that he believes a title-unifying win against Jack a match that has been in the works for well over a year will set the stage for a massive homecoming fight in England this spring. Thats the plan, to go back home, he said.

Touch wood, everything goes to plan, I beat Badou Jack, then Im going home in May and Im having a big fight at home. Everyones calling for the champ to come home. Thats next in line.

But the charismatic Londoner refuses to overlook Jack, the Stockholm native and Las Vegas transplant who upset Anthony Dirrell for the WBC super middleweight title in 2015 and has since retained it with a split-decision win against George Groves and a controversial majority draw against Bute. On Wednesday, DeGale offered a sober if occasionally backhanded assessment of Jacks skills.

Hes pretty basic but hes good at everything, said DeGale, whom the bookmakers have installed as favourite. Hes a basic fighter, really, but hes good at everything he does. He aint got no special effects, nothing fancy. Everythings just straightforward but very, very good. And in the ring I can imagine it to be very hard when youre standing in front of him, because hes very technical and hes got a good jab. He works the body well, got a good defence.

DeGale, who is near the end of a 10-week training camp in preparation for the bout, believes his road show has built up anticipation for a homecoming fight.

Ive become a bit more exclusive because I aint been at home. People cant wait for me to come back home, obviously, with my belts. What Ive done in America over the past year and a half has been really good. Im proud of myself. But Im looking forward to coming home and boxing in front of my own people, because the atmosphere is second to none. Youve got the best fans in the world.

Should DeGale get through next Saturdays challenge and emerge as the No1 name in the super middleweight division, there were will be no shortage of options. That could include, DeGale insisted, a showdown with Andre Ward, the longtime 168lb champion who in November won the unified light heavyweight title from Sergey Kovalev by a razor-thin decision.

I want the biggest fights, the biggest risks, the biggest money. All the titles. Thats what I want, DeGale said. I come through this, Im willing to fight anyone, including Andre Ward. The weight is no problem. I want to be challenged. I want to be in the fights where Im the underdog for once.