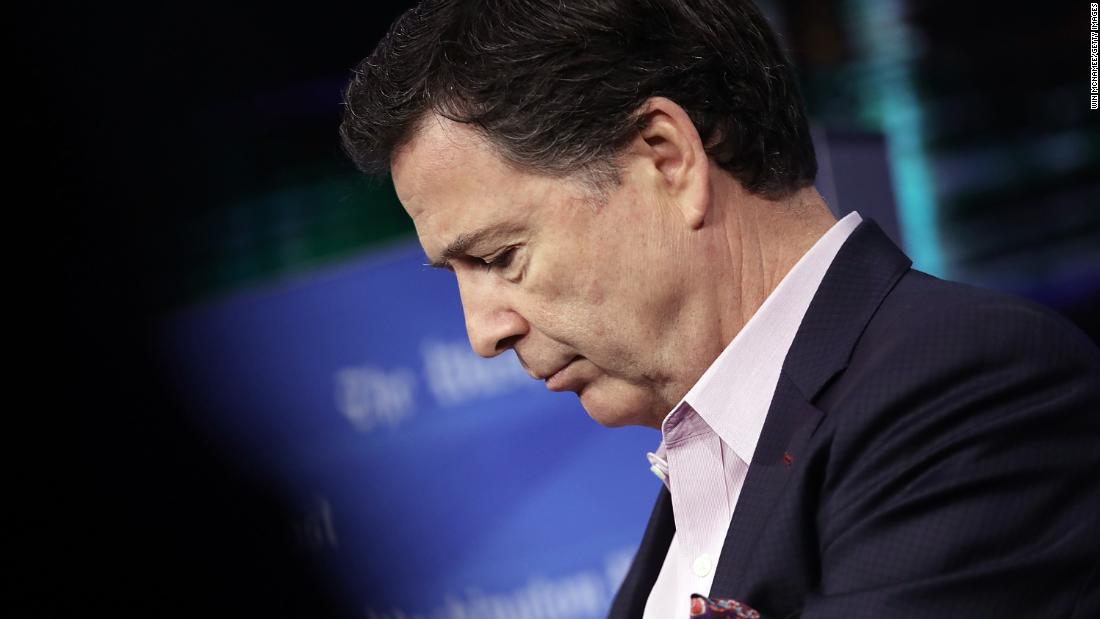 Washington (CNN)Former FBI Director James Comey expressed outrage with President Donald Trump on Monday, saying he had taken the side of Russian President Vladimir Putin over his own country and calling on people to stand up against him.

Comey’s tweet on Monday afternoon saw the FBI director who Trump fired last year join several of his former Obama administration colleagues in rebuking the President’s break with the intelligence community’s assertion that Russia meddled in the 2016 election.
Former CIA Director John Brennan went as far as calling Trump’s statements “treasonous,” while former Defense Secretary Chuck Hagel called it “a sad day for the world,” and former Director of National Intelligence James Clapper, a CNN national security analyst, said Trump had “essentially capitulated.”
Before Trump took office, the US intelligence community released a report asserting that Russia had sought to boost Trump in the 2016 election and that Putin had ordered the effort. Several of Trump’s top national security officials have said publicly that they agree with the assessment, while on Monday, Trump continued to cast doubt, saying he did not “see any reason why” Russia would be responsible.
The remark engendered rebukes from some of his frequent critics and messages affirming support for the US intelligence community from the GOP. Director of National Intelligence Dan Coats, a Trump appointee, likewise issued a statement reaffirming his confidence in the intelligence community’s allegations against Russia.
“We have been clear in our assessments of Russian meddling in the 2016 election and their ongoing, pervasive efforts to undermine our democracy, and we will continue to provide unvarnished and objective intelligence in support of our national security,” Coats said.