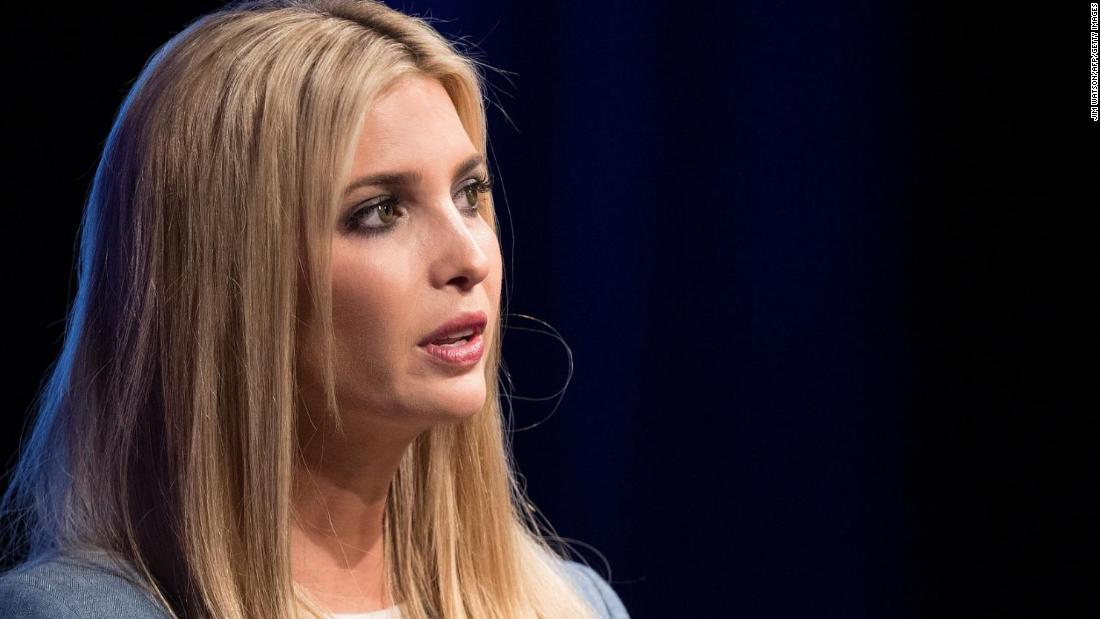 (CNN)With many children have yet to be unified with their parents, Ivanka Trump broke her silence on family separations at the US-Mexico border, saying Thursday that the news “was a low point” during her time in the White House.

Earlier this year, the Trump administration’s immigration “zero-tolerance” policy resulted in the separation of thousands of children from their families. In June, President Donald Trump reversed course, signing an executive order to keep parents and kids together, but as of last week’s deadline, 1 in 3 children still remained away from their parents.
That number has fallen somewhat, though it’s hard to know exactly how much because the government is no longer counting children it has released to other appropriate adults, like family members. At a congressional hearing Tuesday, Commander Jonathan White of the US Public Health Service Commissioned Corps said 559 kids of the original 2,551 from separated families remain in custody. That number includes mainly children whose parents were deported, as well as children whose parents were released into the interior and children who were deemed ineligible for family reunification due to other factors, he said.
RELATED: Why it’s taking so long for the government to reunite the families it separated
Ivanka Trump continued Thursday, “I am the daughter of an immigrant, my mother grew up in communist Czech Republic, but we are a country of laws. She came to this country legally and we have to be very careful about incentivizing behavior that puts children at risk of being trafficked, at risk of entering this country with coyotes or making an incredibly dangerous journey alone. These are not easy issues, these are incredibly difficult issues and like the rest of the country, I experienced them actually in a very emotional way.”
Ivanka Trump remained silent as the images, audio and stories from the border captured the nation’s attention in June, the White House issuing a statement on her behalf. She met with her father to discuss the images of families being separated before he signed his executive order, White House spokesman Hogan Gidley told CNN at the time.
“She offered the President her support and she said she would talk to any member of Congress to help find a legislative solution to the issue,” Gidley said.
After their meeting, the senior adviser called House Majority Leader Kevin McCarthy of California and Sen. Susan Collins of Maine, both Republican lawmakers with whom she developed a close relationship during her push on the child tax credit.
Her private conversation with her father was first revealed by the President during a closed-door meeting with House Republicans.
“He mentioned Ivanka talked to him about that,” New York’s Republican Rep. Chris Collins told reporters after the meeting.
Collins continued: “His daughter had seen the images and said for a lot of reasons we should be dealing with this.”
CORRECTION: This story has been updated to correct the name of the Axios event.