In rich white Streeterville, Chicagoans can expect to live to 90. In poor black Englewood, its just 60 the most divergent of any US city 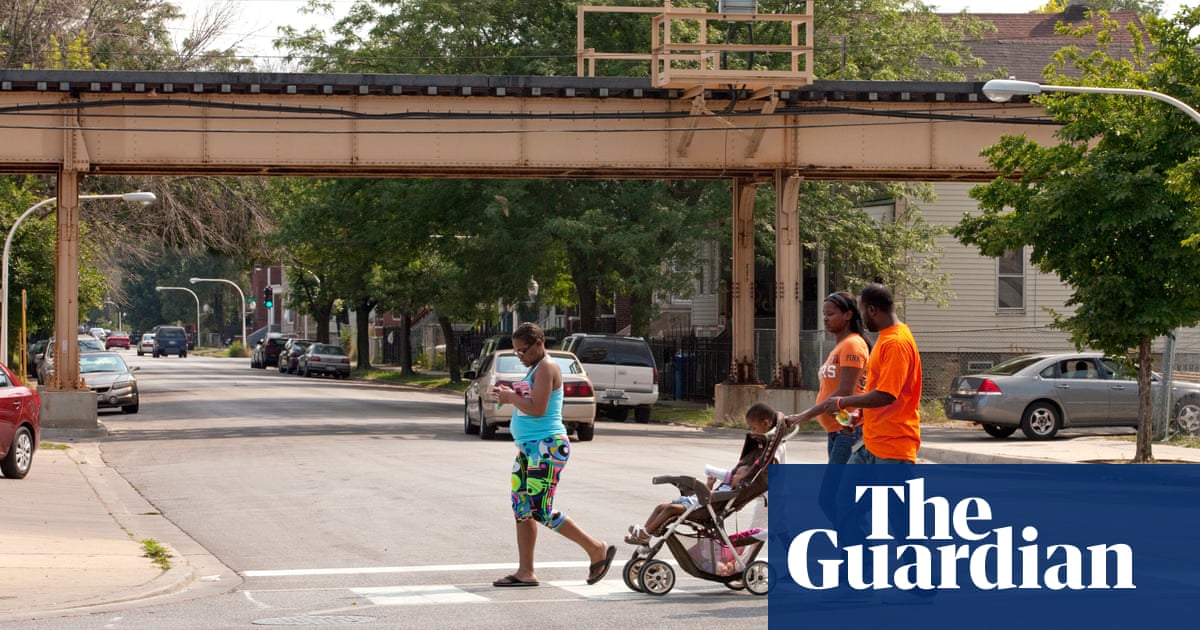 Walking down 69th Street in Englewood, Chicago, near where she grew up, Michelle Rashad gestures to a rundown retail shop, across from a long open lot.

“At this store, there’s a Muslim brother who sells some fruits and vegetables some days,” says the 27-year-old. “But that might be the only piece of fruit you can get for another mile. Most [of] it has been like this since I was a kid. At least since I can remember.”

The stores here – the few that haven’t been boarded up or burned to the ground – sell mostly packaged goods from behind thick plates of ballistic-proof glass. Even at the Subway sandwich shop a few blocks down, the healthy option in the area, customers have to shout their selections to overcome a muffling bulletproof encasement around the food and register.

On a bustling Tuesday afternoon in Streeterville, meanwhile, it’s hard to believe those Englewood streets are just eight miles away. On an open space between the Ritz-Carlton and the Lurie children’s hospital, vendors hawk farm fresh tomatoes, cucumbers and squash in sheer abundance. There are handmade crêpes and fresh pastries. There is small-batch artisanal tofu.

The gulf between the two communities which share a city, a mayor, a police force and a school system is just as apparent by the numbers. A recent analysis from the City Health Dashboard, published by the department of population health at New York University, found that the two neighborhoods have the most divergent life expectancy of any in the US that share the bounds of a city.

In predominantly white Streeterville, Chicagoans can expect to live to 90. In Englewood, where the population is virtually all black, life expectancy is just 60.

“There’s a concept that is increasingly being understood, that your zip code has as much to do with your health as your genetic code,” said Dr Marc Gourevitch, chair of the NYU department and the principal architect of the health dashboard.

“Another way to look at that is that your zip code shouldn’t determine whether you get to see your grandkids. And at some level, that’s how I see and feel about these kinds of data. It’s shocking.”

Back on 69th Street, Rashad reflected on this 30-year disparity.