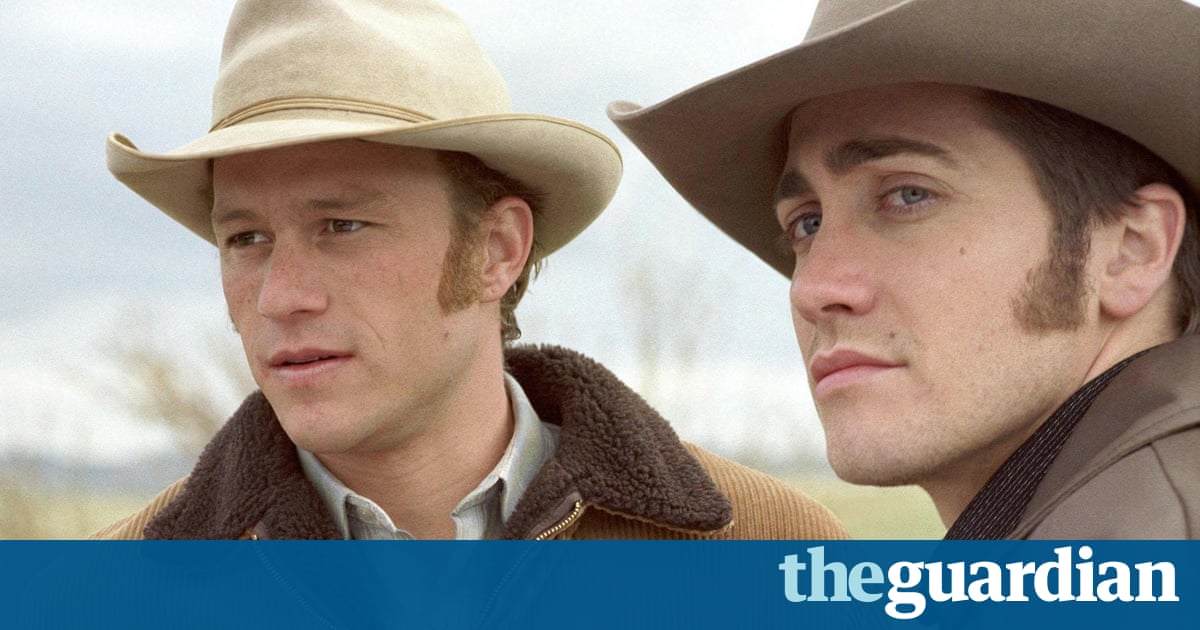 The first book I ever read depicting a gay relationship was Jamie ONeills At Swim, Two Boys. It was the summer of 2002, a decade before marriage equality would seem possible. I was 18 years old, about to start college, yet to come out to anyone but myself. And as much as I loved that book, I found myself wanting something more. It took me a long time to realise what that something was: for these characters I loved to have more time together. Not because I wanted a happy ending, but because I wanted to know what it was like for one man to love another beyond initial attraction, beyond the passion of youth. At 18, I probably shouldnt have been so worried about such things, but Id read a lot of fantasy novels as a kid which ingrained in me a need for love to endure. Id seen my parents marriage do this, but I needed to know if such a thing was possible for me, even if Id have to call it by another name. And I needed to know what it would cost.

The gay literature I read in the years after that never quite answered my questions. Much of it is rooted not in the drama of long-term relationships but in the sharp pang of sex, in the search for love in immediate beauty and physical pleasure, often moving from one object of desire to another in quick succession. Edmund Whites brilliant A Boys Own Story, for all its many characters, still strikes me as one of the loneliest books Ive read, its narrator roving through a rapid series of sexually charged relationships, the effect as evocative of adolescence in general as it is of a particular slice of gay life.

In my experience, gay men often have a different, more open relationship to sex from straight people. For a long time, it was nearly the only way to express our love, and so we have known it as not just an ancillary aspect of a romantic partnership but as its very foundation, and also as an experience in itself, with its own joys and sorrows and terrors, even when it is temporary or transactional. Garth Greenwells What Belongs to You beautifully plumbs the depths of physical desire to reveal the profound way sexuality defines our sense of ourselves in the world, the way the bodys unquenchable longings shape our relationships and our friendships, our loneliness and our ability to love. To speak it away, he writes, would have been to speak myself away.

But the tremendous swell that pushed the marriage equality movement forward is evidence that many gay men want more than a life of sexual freedom and excitement we want love and commitment and stability, even if we may not all want them in the particular forms our heterosexual friends have created.

The gay literature I have read that examines the intricacies of longer gay relationships almost always ends in tragedy and a premature demise for the relationship itself, and often for the characters involved. In At Swim, Two Boys, ONeills Jim and Doyler, caught up in the Easter Rising, are torn apart by forces of history beyond homophobia. James Baldwins David and Giovanni, in Giovannis Room, fail to love each other in any enduring way long before Giovanni goes to meet his fate. In Brokeback Mountain, though Jack and Enniss relationship endures for a time, something about it always left me cold perhaps because, as Annie Proulx later said, the story isnt about Jack and Ennis. Its about homophobia; its about a social situation.

These trajectories all make sense given that, for most of the 20th century, exposure as gay meant losing your job, home and family, meant time in prison or a sanatorium. These threats would easily strain a relationship to breaking point, if discovery didnt end it first. In Patricia Highsmiths The Price of Salt, Therese and Carol are protected by the ramparts of money and class in the years before the second world war. The ending is astonishingly happy for the time, but even Highsmith shies away from how they might actually build a lasting relationship. She leaves us instead on the precipice of that endeavour, precisely to create the illusion of a happy ending when we know there can be none.

There are never really any happy endings, of course. Death is the end of every story, whether we see it or not. Its the postponing that little added time, that little added life that we see as a happy ending, because it is a triumph, however brief, against the myriad forces of inconstancy and permanence and death. This is the appeal, for me, of marriage and the novel of marriage. Like Camuss Sisyphus pushing his boulder up the hill, marriage is in the end a futility, an attempt to carve out a tiny pocket of stability, of something enduring, against the transience of the world and the unending onslaughts of time and mortality. To make an impossible promise to love someone through all of it, to the very end, is noble and beautiful precisely because of its impossibility. This is what I wanted to see for gay characters in the books I read.

We live now in an unprecedented era of history, the first time gay people can to some extent live openly, and love each other for decades, and build families together, without the threat of state reprisal if not without the threat of danger. Long-term commitment is now a real possibility. This changes the experience of desire, shifting our expectations and the meaning we attach to it. Our literature should account for this.

Many have worried that marriage equality and the normalisation of gay culture may dampen the creativity with which many of us have lived our lives on the fringe, may fray the vibrant communities and families weve built when those we were born into rejected us. I hope that we will, instead of being dulled by the institution, bring the liberating creativity of gay life into it. We have now the opportunity to define marriage for ourselves. Here too the novel can be our lens, helping us imagine lives for ourselves, possible outcomes, to bring our own blurry, nearing futures into sharper focus while we still have time to shift course.

We should not be mistaken. To dance with another man in a crowded bar, to kiss him on a crowded street: these are still radical acts. But so is sprawling with him on the couch, reading for a while together in silence, and going to bed early. This, too, is the stuff of literature, this too is the stuff of dreams.