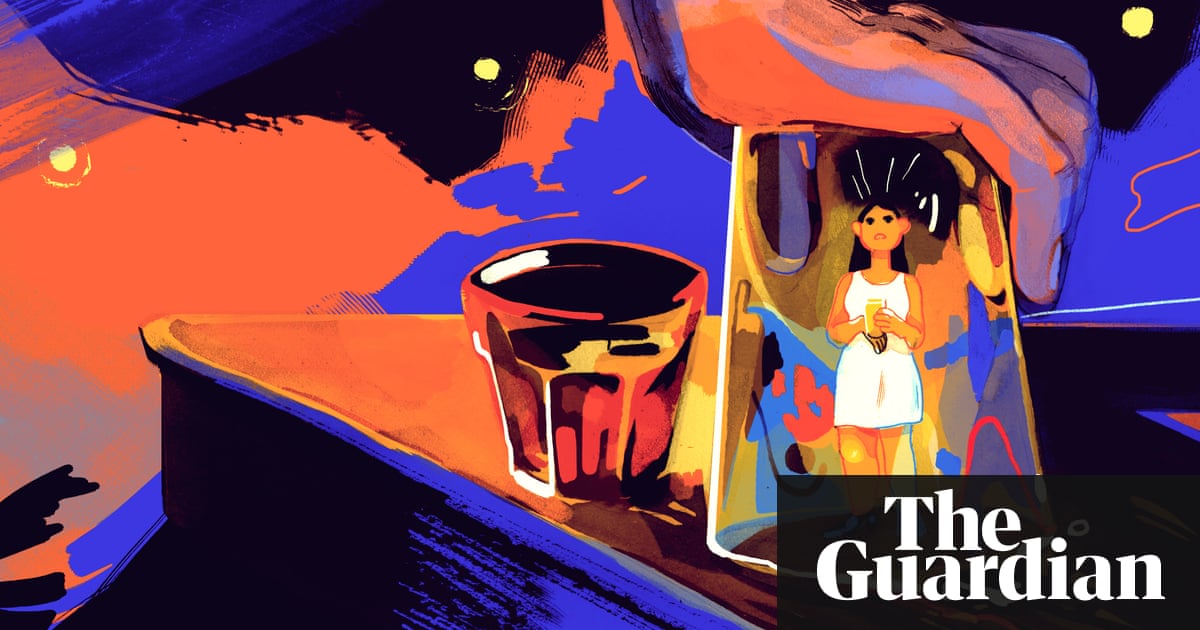 The first time I failed to pay up, I was a high school student at a bowling alley in my small town in central Pennsylvania. An older man bought me a beer and talked to me while he shot pool. Smoking and drinking in that grungy bowling alley bar in the seediest part of town, I felt cosmopolitan and mature. I was oblivious to the transaction taking place: by drinking his beer, I was entering into an implicit and unwritten contract in which I was expected to fulfill a sexual obligation. One of my more astute and experienced friends told the man that I had a boyfriend and had no intention of being intimate with him. He became irate and threw a lit cigarette into my hair as I left the bar. I went home scared and confused as to why my acceptance of a beer and friendly conversation had gotten me into a terrifying mess.

What I learned that day is that attention from unfamiliar men is implicitly transactional, and a failure to pay the price can result in some traumatic consequence. I admit that on this point, I have been proven wrong repeatedly over time. But I have also had enough disturbing experiences that every male stranger is suspect. It’s always possible that I am going to be expected to acknowledge a tacit, unwritten contract and obey its terms and conditions. It’s a contract only a man can create, and sometimes it feels like only a man can break it. Women are expected to sign on the dotted line.

In my early 20s, while in Galway, Ireland, I accepted a drink from an older man in a bar the night before I was to board a ferry for more remote islands off the Irish coast. I wouldn’t be in another city for a while and was craving human voices and activity. I declined the offer of a drink and company at first, aware that I might regret accepting. But after his second offer and his insistence that it was “only a beer”, I decided that I could use some conversation.

I was upfront about having no intention of sleeping with this man, and I offered to pay for a round of beers. I asked him questions about things that piqued my curiosity: his opinions on Irish politics, the economy and the European Union. I thought that by being direct, I could evade the contract, or that my company alone had value since we were two solitary souls away from home on a rainy night. But after a short while he became increasingly insistent and my rejections became harsher, until we were directly debating whether I would sleep with him. I left the bar in a disappointed huff, only to have him follow me out.

I ran away from him up the tangled Galway cobblestone streets as he yelled obscenities.

Last week at a concert, a woman friend told me that during the course of her day, she is most terrified during the brief period when she gets to the door of her house but doesn’t yet have her keys prepared to unlock the door and is momentarily vulnerable on the doorstep. When I hugged her goodbye, she slipped mace into my hand and offered to drive me to my car only two blocks away.

Another told me of a man who walked behind her into her downtown apartment building when she had been out late. He followed her into her apartment and sat on her couch while she nervously repeated that she would be expecting her boyfriend any minute and he needed to leave.

Or the countless friends who have shared stories of dates they’ve been on where the men pushed against asserted boundaries and assaulted them, even after they had said no.

The de facto existence of violence is acknowledged between women and has likely always been acknowledged by women in the private sphere. Our shared accounts allow us to relate to one another. They turn statistics into flesh and bone, and form the basis for a mutual understanding that something isn’t right. The vocalization of pain and fear is cathartic. As I’ve written this essay and taken opportunities to share my interest in this topic with other women, I’ve found that the conversation almost always leads to swapping stories of threatening encounters, of validating each other’s fears and sharing our coping mechanisms.

My conversations happened during the #MeToo movement, which even a troglodyte like me was exposed to on social media feeds. The use of the phrase “Me Too” to vocalize solidarity with assault survivors was started in 2006 by Tarana Burke, an African American woman and civil rights activist. Many brave people posted stories on media websites about their experiences of sexual harassment and violence in and out of the workplace. This accumulation of stories proved to be powerful, and the current hashtag movement sparked an unprecedented wave of accusations against men who’ve used their positions of power in Hollywood and other highly visible industries to abuse the women who were subordinate to them.

This year, many women and gender-nonconforming people participated in the #MeToo movement, but my own response was very different. I felt deeply uncomfortable and disquieted as the movement’s popularity and exposure grew. Despite my identity as a staunch feminist and my education, which allows me to contextualize my experiences as a woman, I was reluctant to participate. To share my stories would be to relinquish control over them and to expose the inner life that I have constructed. Sharing invites pushback that could invalidate my story and perhaps even lead to violence. Sharing invites conversations with my parents and former partners that I am not prepared to have. Sharing is discouraged thanks to the same mechanisms that force me to be polite to men, even the ones I wish would leave me alone. If I name the violence, then it follows that I am a victim of it, and therefore lack agency.

How did we get to the point where the sharing of women’s everyday experiences is a national news story? How did women become socialized into silence in the first place? How does a hashtag improve conditions for poor Appalachian teenagers smoking cigarettes in shady small-town bars?

As a budding academic, I presented my research in my field – geography – at a large conference when I was still an undergraduate. With my sights set on graduate school, I was glad for the opportunity to learn and network. I met many other academics and talked about my interest in doctoral programs and continuing research. One night during the conference, a fellow student, a young woman, told me that older men at the conference had been hitting on her all day by feigning interest in her work and then giving her their contact information. The stack of business cards on my hotel room nightstand assumed a more sinister aura, and I flipped through them thereafter with suspicion. The cards reflected the current data from the National Center for Education Statistics about gender equity in academic institutions, with the most influential full-time faculty positions awarded to white males, and women working a higher proportion of the part-time adjunct positions. How could I ever be sure that any of the men who had offered to help me were interested in my research or career? What if, instead, my naive gullibility had landed me with a list of numbers from older men trying to sleep with me, rather than legitimate professional opportunities? What if I met with one of them and the encounter turned confrontational?

I never contacted any of the men I met at that conference or any other, thereby reinforcing and reproducing the relations of power within the academy.

Although I crave platonic and professional relationships and interactions with men, the process of creating these relationships feels dangerous. When a man I don’t know speaks to me in public, I am both intrigued and distressed by the potential outcomes, which range from overt violence to friendship and compassion. I want to dissolve the boundaries of gender socialization that keep us all isolated and that ensure I will never know the struggles of the masculine nor they the feminine. But the threat of latent violence makes me turn my head, pretend I didn’t hear, resisting the possibility of engagement and almost always saying no.

On a spring day when I was 24 and in graduate school at Portland State University, I stopped on my way home to get a beer and french fries, and to read for class at an outside picnic table. As I was waiting for my fries, a man two tables in front of me asked me if I wanted to join him. I declined, thinking of the previous experiences I’d had when accepting beers from men in bars.

A few minutes later, he asked again, in a humble sort of way. His casual tone was tempting, and I hesitantly agreed.

I joined him at his table. He was friendly and interesting, an eye doctor from the South who had fallen on hard times after his medical practice went under and he lost his home, his car, his savings. But on that day he had been offered his first job in years and was looking for someone to celebrate with. We talked for hours, even moving inside when it started to rain, comparing our experiences in graduate versus medical school, talking about money and moving to Portland from the east coast.

When I finally got up to leave, he didn’t ask for my number.

Kira Smith is a social worker, activist, graduate student and writer from Boalsburg, Pennsylvania, who moved to Portland in 2014 to pursue her graduate studies in geography. While Kira primarily writes about and researches environmental issues in Oregon, she also writes about feminism and politics.

Looking for more great work from Oregon Humanities, which connects Oregonians to ideas that change lives and transform communities? Here are some suggestions: