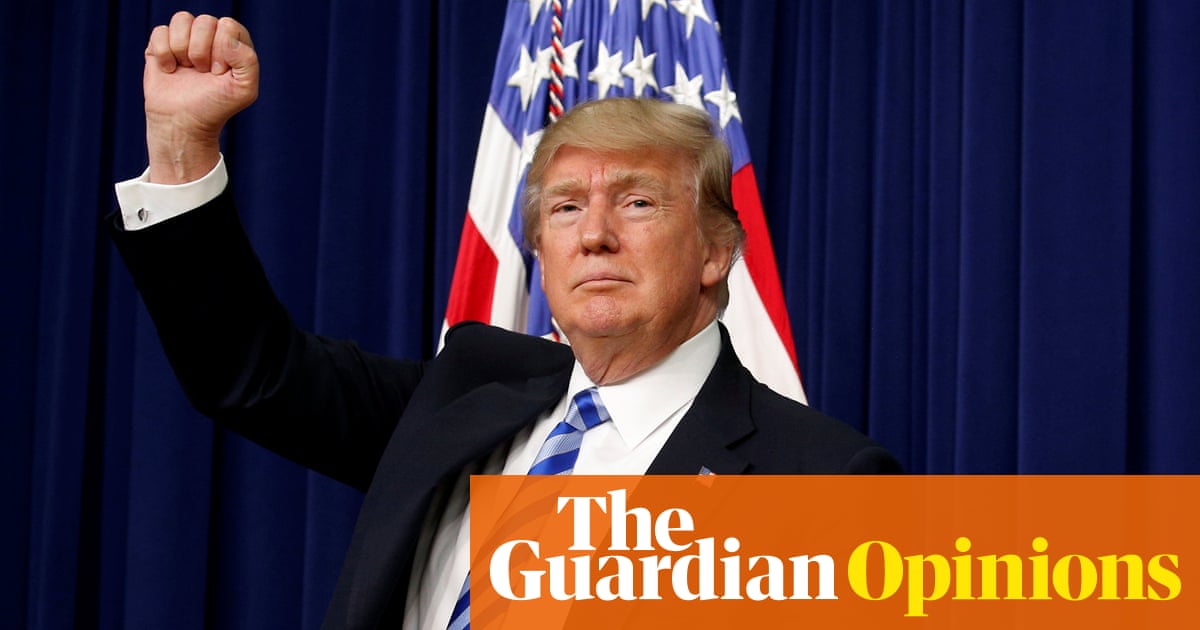 Don’t get me wrong. I was upset that Trump won. In fact, I still am. I often quip that, as a scholar of the far right and populism, I used to study the political fringe and now I study the mainstream. But there is a risk that outraged liberal commentators are overstating how bad things are. The dramatic, sweeping statements that everything used to be better and all is going to hell are becoming annoying – and counterproductive.

From the outset, the liberal response to Trump – or in Europe, Brexit – has been over the top. Godwin’s law, which states that the longer an online discussion goes on, the higher the likelihood of someone bringing up Hitler, has been thrown out of the window. Now, “fascism” is already used before an online discussion has even started.

While some serious scholars of historical fascism have pointed out similarities between that era and (the rise of) Donald Trump, the ease with which the term is generally thrown around, and the reality of the situation in the US, makes most fascism accusations far-stretched at best and dishonest at worst.

There is now a whole coterie industry of “anti-Trump” pundits, ironically more from the conservative than the liberal side, who on a daily basis write columns and tweets to inform us how bad Trump is, and how feeble the state of US democracy is.

Book after book is published with onerous titles like How Democracies Die, On Tyranny or The Retreat of Western Liberalism, which either argue or warn that we are reaching a liberal end times. But many pundits do not only overstate their claim, they also are fairly blind to their own biases and privileges.

Several economists have already pointed out the US-centric, or western-centric, bias of the claim that everything is getting worse. Although there is some debate over the best measure, there is no doubt that extreme poverty has been almost halved around the world in the past 30 years.

And for all the debate in the US and some European countries, most studies show that “globally democracy is not in decline”. In fact, while there might be growing disillusionment with democracy around the world, the change seems most pronounced in some western democracies, particularly the US.

For several years now the (far) right has been criticizing the functioning of US democracy: think of the Tea Party’s critique of “big government” or Trump’s unfounded claims of mass voter fraud. But disillusionment with democracy is also loudly and prominently expressed by leftwing and young Americans. Occupy Wall Street and the Bernie Sanders campaign are two recent examples. Now the Trump presidency has made it current within more established liberal communities, particularly among higher-educated, straight white males.

This sentiment is at least in part a consequence of an egocentric bias. There is absolutely no doubt that the economic, legal, political and social situation of non-white, non-straight and non-male people is better today than it was a few decades ago. If anything, the “decline” is fairly recent. The last decade saw strong pushbacks against abortion and minority voting rights, for example.

The rise of Trump has finally catapulted the issue of white privilege on to the political and public agenda. White liberals are highly active and visible in the debate but their privilege is seldom the target of their own attacks. And whenever white liberals do critique themselves, it is mostly in a symbolic, self-cleansing kind of way.