We plan for births, but fail to take full charge with deaths. Annalisa Barbieri meets the families who are building coffins, cancelling the hearses and creating highly personalised funeral services before, sadly, putting her new knowledge to use 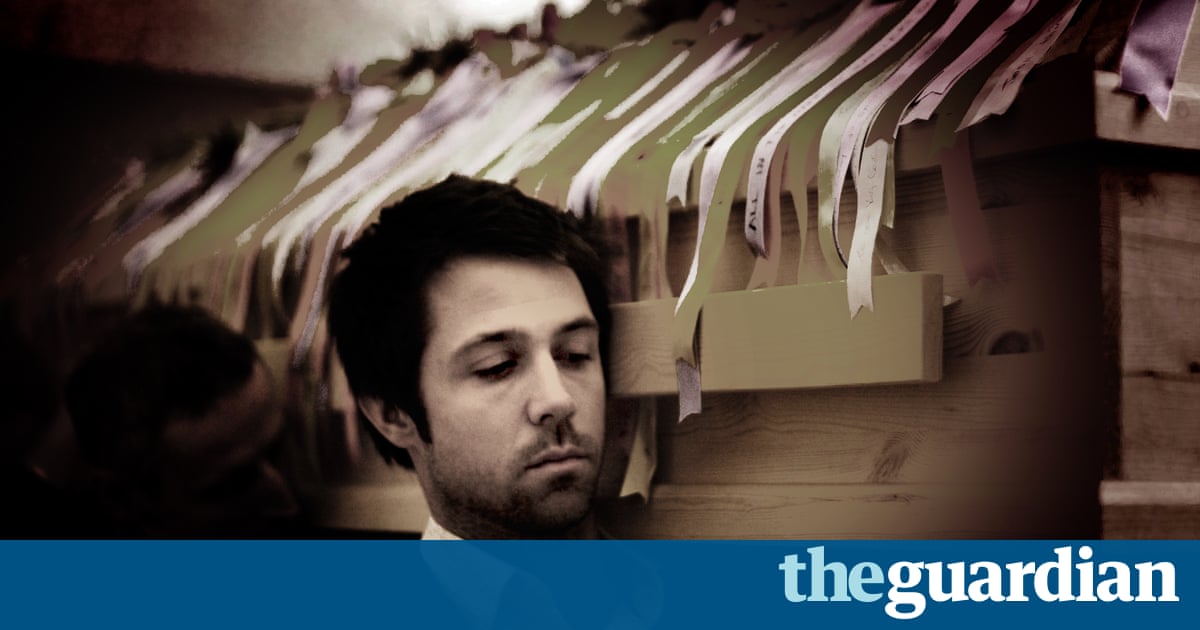 Six years ago, my cousin died. As we waited on the kerb, my aunt, her mother, reached out, as if to touch her daughter’s coffin through the glass of the hearse window. “I hate to think of her in that box,” she said. And a chink of brutal reality hit me; this was not like any funeral I had seen at a roadside before. This was her child, in a box in a car. The tragedy was only accentuated by how alien it all felt.

I had, not long before, given birth to my second child at home, with my eldest upstairs asleep, and the promise of blueberry pancakes (and a martini) after. I started to think about how much preparation we put into birth: making birth plans, reading books, talking about it, everything to make it as perfect – personal – as possible. Death is more certain than giving birth, but we rarely talk about it or want to plan for it. Yet when death comes, funerals are, as my partner says, “the ultimate distress purchase”.

All through the ceremony I chewed on this. Both ends of life, one so well catered for, so planned; the other so little talked about or planned for. And yet here we were, marking a death in a way that seemed so dark and sad and not particularly recognisable as being my cousin’s. I’ve always thought you know you’re at a good funeral if the deceased were to wake up and feel right at home. And while personalised services are familiar enough these days, the conventions of hearse, traditional coffin and brisk service linger.

For me, the most terrifying part of a funeral is when the coffin comes in. That and hearses, which have always evoked a visceral reaction, as if simply by looking at them you might die. They hint at one thing: epic pain and loss.

It was investigating how to make funerals more family friendly that led me to Gloucestershire to meet Jane Harris and Jimmy Edmonds, whose son, Josh, had died, aged 22, two years earlier as a result of a road accident while travelling in Vietnam.

As they had sat around the kitchen table taking in the terrible news, they decided to take control of Josh’s funeral in their own way. “Why would we want to hand that special ritual to someone else?” Jane explains.

It was Jimmy’s idea to build Josh’s coffin, helped by a cabinet-maker friend. “We spent £30 on materials,” Jane says. “The whole community helped organise the funeral and for the men, building the coffin – doing something – was useful because some found it difficult to talk. There was a traditional division of labour, the men doing one thing, the women another. It was like a ritual.”

Josh’s coffin was made of one-inch plywood and his funeral took place not in a rushed half-hour, but over seven hours. It was held at a local venue that had nothing funereal about it: one wall was lit by fairy lights. The day was about honouring, remembering and celebrating. Josh’s coffin arrived in an estate car, and was carried in by his friends and father. (“It’s useful,” Jimmy tells me, “to check practicalities. That the coffin will fit through any door you want it to, and that it will fit with people on either side carrying it.”)

The second half of the funeral involved the coffin being carried to a more private room where people said their goodbyes and wrote messages for Josh on pieces of paper or ribbons, which were then threaded through the coffin poles and subsequently kept – indeed, they were the first thing I saw when I walked into Jimmy and Jane’s house, hanging in the sitting room.

“This was the death of a young person in the wrong order of things,” says Jane. “We didn’t want it to be dark. We wanted to create a safe place [at the ceremony] for his family and his younger sister. [Josh also has an older brother]. It was an incredibly enriching day, the most important day of my life, but also the saddest.”

Why do the funeral yourself? “You can create something that’s about you and your family and the ritual of it saved me, in so many ways,” says Jane. “We weren’t trying to save money, we were trying to save ourselves.”

The final stage of the funeral happened the next day when Josh was cremated. Even here, the family did their own thing, booking a double slot at the crematorium, “so we wouldn’t be rushed”. (You usually get 15 to 20 minutes and that can seem a savagely short time to say that final goodbye.)

Josh’s ashes are now all over the world, some by the tree they planted for him, some his mother carries in a bracelet, friends have some and some are in the house in a silver-lidded dish, which Jimmy pulled out and opened. He proffered it to me and this is where I faltered. I realised it was a huge honour to be allowed to touch his son’s ashes, but I had never touched human ashes before. Three years later, this act was to stay with me – save me, actually – as I handled my own father’s ashes; and it made the whole process so much less terrifying.

In Cambridge, I met David Spiegelhalter and Kate Bull, whose son Danny died aged five, of cancer, in 1997. Danny’s death had been expected so they were able to plan. “Even now,” Kate says, “people don’t mind bringing up the subject of Danny, because of their involvement in his funeral.”

Danny had been a very popular young boy, so the day after his death, he was laid out in his Thunderbirds outfit and more than 100 people came to see him, including other parents and many of his classmates. David had got the Natural Death Handbook and found it “an absolute revelation”.