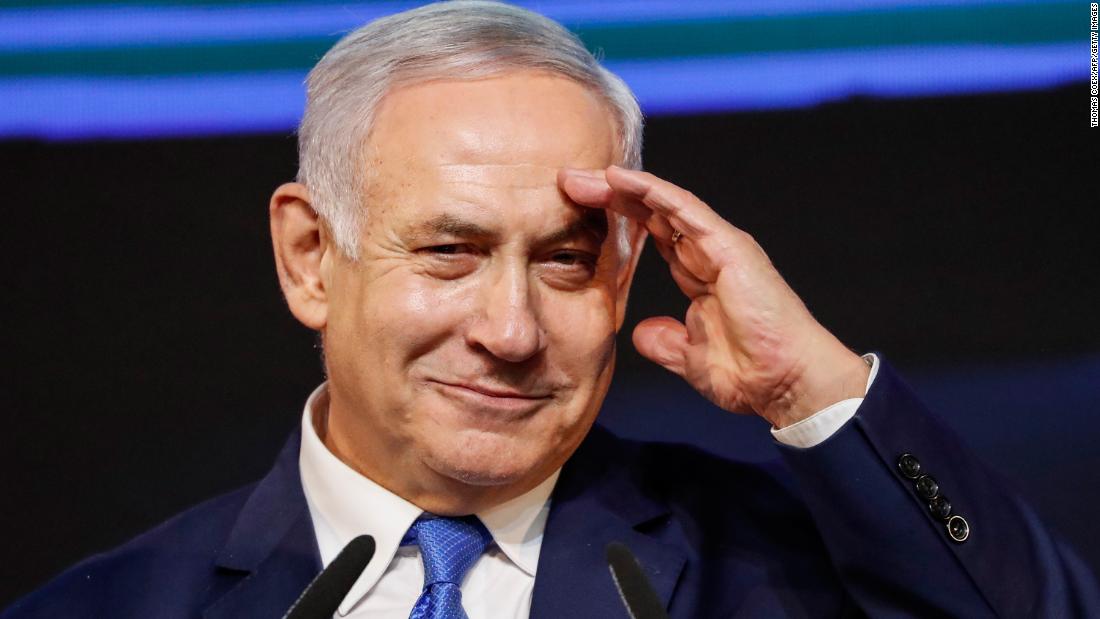 On Thursday, with all of the votes from diplomats and soldiers abroad finally in, Israel’s Central Elections Committee announced each party’s final allocation of seats in the new Knesset:
Likud: 36
Blue and White: 35
Shas: 8
UTJ: 7
Hadash-Ta’al: 6
Labor: 6
Yisrael Beiteinu: 5
Union of Right-Wing Parties (URP): 5
Kulanu: 4
Meretz: 4
Ra’am Balad: 4
Netanyahu foresaw his victory quickly after the elections on Tuesday, announcing that same day that his party had won “by a clear victory.”
“I will start forming a right-wing government with our natural partners as soon as tonight,” he said then. Such a coalition would likely give Netanyahu his fifth term in power, making him the longest-serving prime minister in Israel’s history.
Based on the final results, Netanyahu’s path to forming a coalition looks straightforward. It would include the two religious parties, Shas and the UTJ, which represent the ultra-Orthodox communities, as well as three smaller right-wing parties, Kulanu, Yisrael Beiteinu, and the Union of Right Wing Parties.
Adding together the seats won by these parties with those won by Likud would produce a coalition with 65 seats in the 120-seat Knesset. For comparison, after the last election in 2015, Netanyahu formed a government which had 61 seats, which later grew to 66 seats when Avigdor Liberman brought his Yisrael Beiteinu party into the coalition.
If this coalition were agreed, it would be more religious, with the two ultra-Orthodox parties holding more seats than they did in the outgoing coalition. But the far right element that is most likely to demand annexation of the West Bank would shrink from eight seats in the previous coalition to five in this coalition.
Naftali Bennett and Ayelet Shaked, two of the highest profile Ministers in the last government, will not be in the next parliament. They were hoping that with soldiers’ votes the last to be counted, their New Right party could scrape over the electoral threshold, but it was not to be.
Bennet and Shaked’s decision in January to leave the far-Right Jewish Home party and strike out on their own, seeking to combine their religious Zionist base with an outreach to social progressives, failed. The party they left behind, which merged with the ex-Kahanists to form the URP, succeeded in winning five seats.
Next, it’s up to Israel’s President, Reuven Rivlin, to decide who will try to form the next government, following consultations with the heads of the political parties that secured enough seats in the Knesset. The President is likely to announce his decision in about a week.
The coalition negotiations that follow are likely to be difficult and protracted, as parties try to reach agreement on ministries, policies and money. Looming over the discussions this time will be a series of indictments the Attorney General has made clear he considering bringing against Netanyahu in the coming months pending a final hearing.