As Isis soldiers in Iraq face the brunt of Nato and Iraqi action, there remains a small yet resilient stronghold in eastern Afghanistan 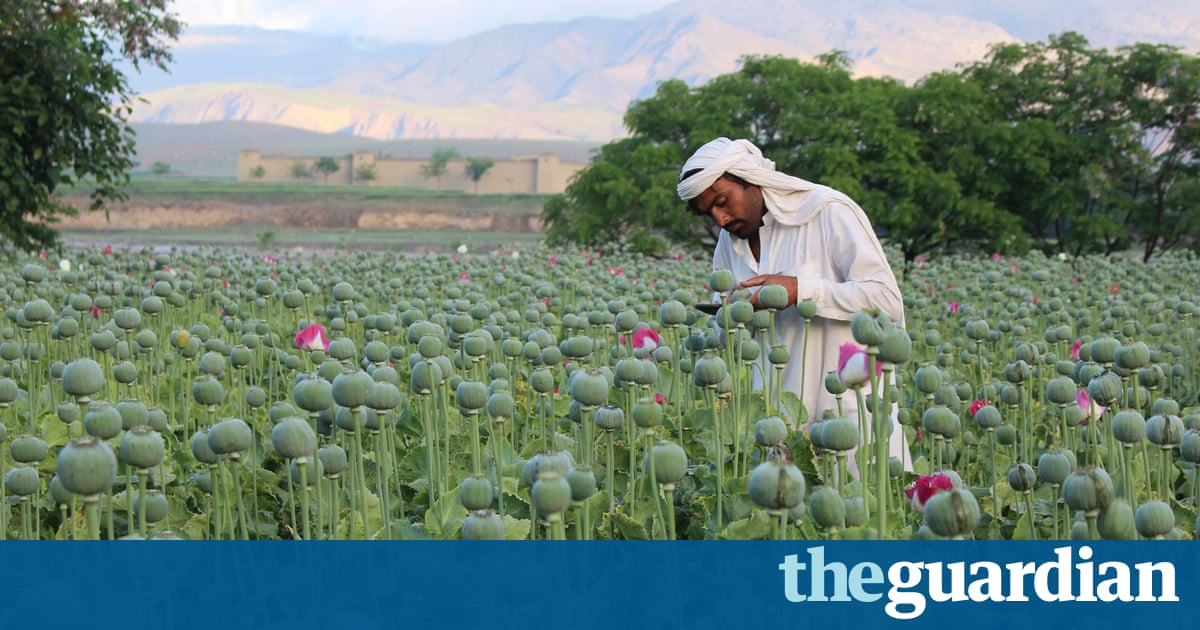 Fifteen months ago, militants arrived in the village of Manan Bagh, eyeing its strategic location in the mountains close to Afghanistans border with Pakistan. They started picking out community leaders, elders and people they accused of conspiring against them.

Among them was Zahir Shah, who was marched into the mountains and whose fate his family only learned from a video uploaded to Facebook.

They forced him to sit on explosives, Ziarat Gul, Shahs father-in-law, told the Guardian. We havent been able to find even one part of his body.

Islamic State fighters have been pummelled by US airstrikes and receive little local support, but they maintain a small and seemingly resilient stronghold in eastern Afghanistan.

The fighters are few but unusually brutal, in keeping with the groups behaviour elsewhere. They may not be an existential threat to the Afghan state but they are to civilians.

These rules erode an already limited public support for Isis, argues the US Institute of Peace in a new report.

However, since it emerged publicly in 2014, Isis has continued to claim attacks outside Nangarhar the only province where it has managed to gain ground most notably when it targeted a crowd of protesters in Kabul in July, and a group of Shia mourners last month.

This week, Isis attacked a unit of elite Afghan bodyguards in central Kabul, which killed at least six, including civilians. Although on the ropes in Afghanistan, the group can still strike in the heart of the capital.

Since April, about 200 US airstrikes in Nangarhar alone have helped push Isis into retreat, killed its leader in Afghanistan Hafiz Saeed Khan and limited its reach to four districts.

Without US or Nato forces, it would take our army and police 10 years to defeat Daesh, said Moallem Mashoq, district governor of Achin, where Isis also known as Daesh has its Afghan headquarters.

But some civilians feel caught between three sides: the Taliban, who used to occupy their village; Isis, who took over; and Afghan and international forces.

Airstrikes have also caused civilian casualties; in September, a US drone killed at least 15 civilians, according to the UN.

Borhan Osman, a researcher with the Afghanistan Analysts Network, said that although Isis had lost half its initial territory in Nangarhar, it seemed to have dug in firmly in its four districts. They have proved to be irremovable from these areas, he said.

Locals say Isis fighters kill and abuse indiscriminately. One afternoonthey picked up 14-year-old Esmatullah as he returned home from the wheat fields and held him prisoner for 47 days.

Esmatullah said the militants beat him regularly, sometimes suspending him from the ceiling. When they eventually released him, the family fled. Esmatullahs father had lost a brother to Isis months earlier.

When they brought [Esmatullahs uncles] dead body back, it was full of bullet holes, the father, Jabarud, said. He did not want to risk his son, too.

The number of Isis fighters in Afghanistan is debated, as is the level of coordination it receives from Syria and Iraq, though the leadership there has endorsed its Afghan affiliates.

Osman put the number of Isis fighters in Afghanistan up to 2,000, but said estimating was difficult because the scale of casualties and recruitment was unclear.

If Abu Omar Khorasani a top Isis commander in Afghanistan is to be believed, the election of Donald Trump as US president would help Isis.

His utter hate towards Muslims will make our job much easier because we can recruit thousands, he told Reuters about Trump, who he called a complete maniac.

Compounding the frailty of Nangarhar, neighbouring Pakistan has begun expelling hundreds of thousands of Afghans. Some analysts fear the returnees could provide recruitment fodder for Isis which is said to pay about $400 (322) monthly to low-level fighters.

Their peak is over, Osman said about Isis. But they are not finished.