The DNC votes on who will become the new chairman in a few days. If Keith Ellison wins, the party might just be able to win back its lost credibility 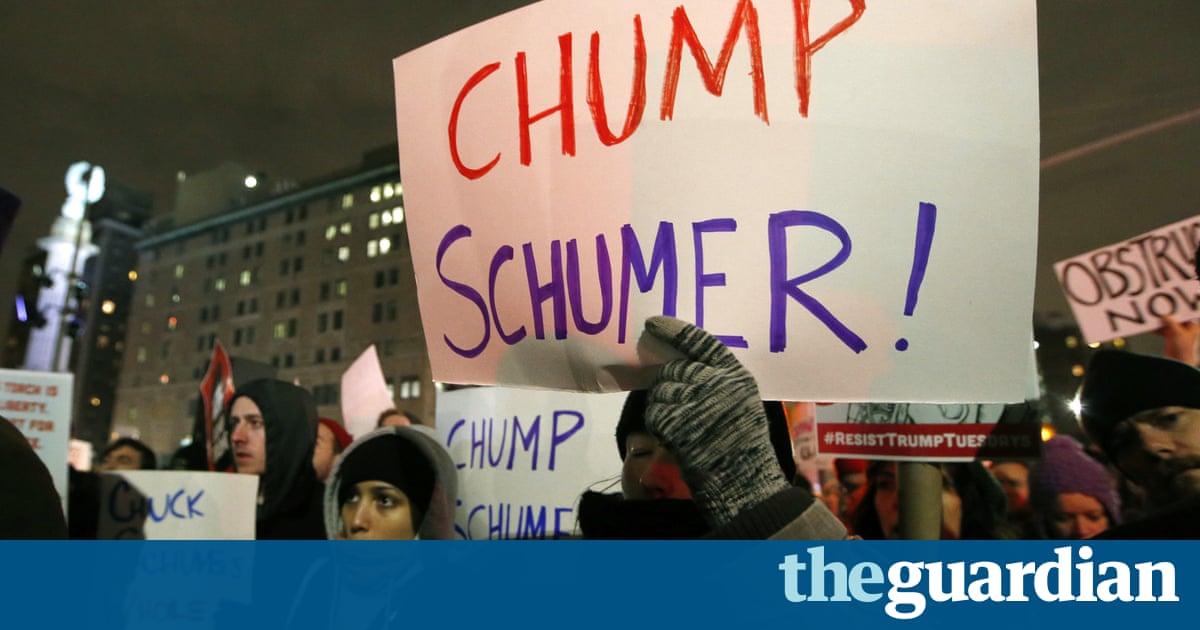 The resistance is doing as well as anyone could realistically hope. Deprived by the elections of any institutional power, weve marched in record numbers with courage and wit. Thats helped journalists to find their footing, and President Needys poll numbers have begun to tumble. But only a crazy person could keep up this plate-spinning pace for long. Since he clearly will, those fighting Trump need to find a fortress to call home a place to find shelter in and from which to sally forth.

One of those fortresses may be the Democratic party, depending on how this weekends vote for a new DNC chairman comes out.

There are a number of candidates, but two appear to be in the lead: former labor secretary Tom Perez, and Minnesota congressman Keith Ellison. Both, by all accounts, are good guys, and not greatly divided by ideology. But they clearly represent the two wings of the party.

The choice is actually about the best way to unite the opposition to Trump, at least for the purposes of winning elections.

The answer, I think, is pretty clear.

Ellison and by extension the movements he represents offers the party the items it lacks and needs. Credibility, for one. You could (and this is the argument of Perez and his establishment team) begin in the middle, with as unthreatening and centrist a party as possible, and then reach out to the various movements and try to bring them on board. But I doubt that will work.

The deep-seated anger at the elites, who have compromised serious principle time and time again, is simply too strong. If the polls are to be believed, most Americans dont trust any of Washingtons power centers, the DNC included. No one looks at Steny Hoyer and thinks, What barricade can I die on? The last chair of the DNC, Debbie Wasserman-Schultz, was the embodiment of this kind of non-principled power-based thinking, and she did tremendous damage.

And if thats true of Americans in general, its doubly true of young people. In fact, more than doubly: the single most remarkable statistics of the 2016 election season were the four- and five- and six-to-one margins by which Sanders won young voters.

That he was able to overcome that inherent distrust means he may be able to do the party a great service, and deliver it a generation of voters who are not otherwise inclined to affiliate with institutions of any sort. Ellison is the bridge to that world, and it would be political malpractice to draw it up. But hes also the bridge to the world of movements, which supply the passion and spirit and creativity that the DNC requires at least as badly as it needs credibility.

A typical Ellison supporter is someone like Jane Kleeb, the whirlwind Nebraska organizer who spearheaded much of the fight against the Keystone XL pipeline, and is now assembling a coalition of farmers, ranchers and other unlikely activists across the midwest to fight fossil fuel infrastructure and demand renewable energy.

Kleebs just been elected chair of Nebraskas Democratic party, giving it a transfusion of organizing energy that had been lacking; if you want to compete in the heartland, shes the kind of person you need.

These folks are serious about winning elections Ellison himself has been a remarkably successful campaigner in his Minnesota base, expanding his margins year after year and lending effective support to the rest of the ticket. And they know how to raise money, one of the key jobs of a party: Sanders 27-bucks-at-a-time model is clearly the future of political fundraising, a welcome change from simply finding plutocrats or shaking down Wall Street.

Ellison is in a very real way the safe choice. If the institutionalists are put in charge, then much of the DNCs energy in the years to come will be spent trying to deal with people who distrust institutions. But with Sanders implicit backing, Ellison can short-circuit that conversation and simply get to work.

Few people will accuse the black Muslim Berniecrat of being an apparatchik. And since hes simultaneously a modest midwestern track-and-field coach, hell be able to get a message across to the broad middle.

I dont know whether that will be enough to save the Democratic party. Were in an era of rapid deinstitutionalization our political parties may just become hollow shells that cannot compete against insurgent candidates like Sanders (who was an independent most of his career).

But there are, unfortunately, strong forces in the constitution that favor a two-party system. So even if parties are not as important as protest, its still worth seeing if they can serve a useful role going forward. Keith Ellison is the best chance of finding out.