The Long Read: It eases pain, seems to be addictive and shows every sign of causing long-term health problems. Is it time to quit sugar for good? 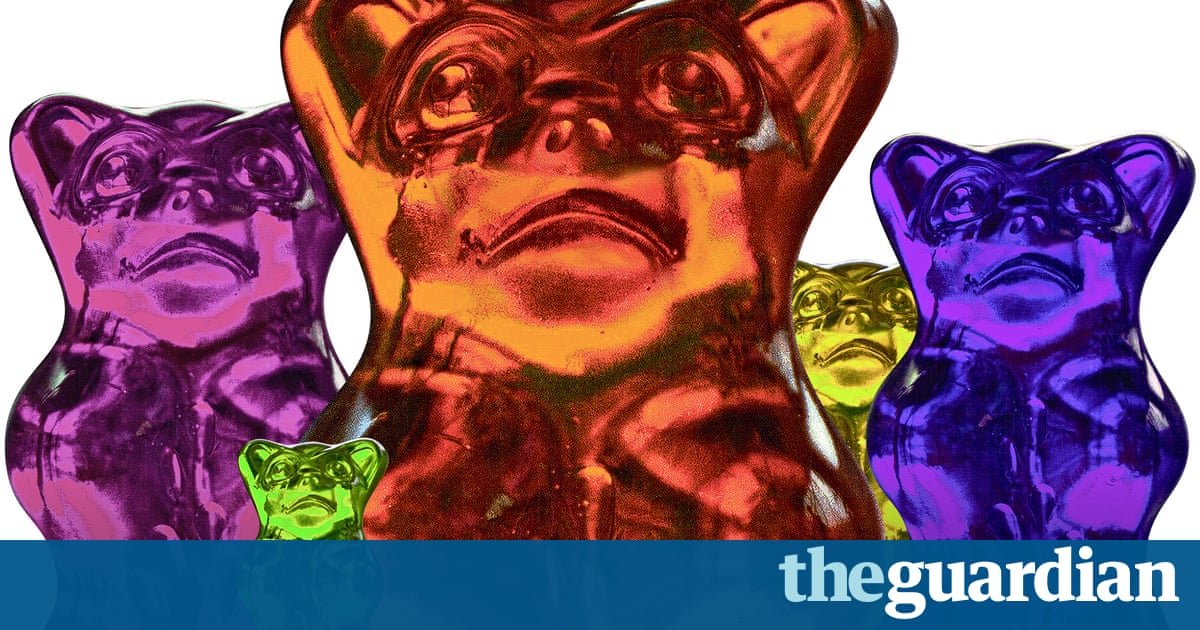 Imagine a drug that can intoxicate us, can infuse us with energy and can be taken by mouth. It doesnt have to be injected, smoked, or snorted for us to experience its sublime and soothing effects. Imagine that it mixes well with virtually every food and particularly liquids, and that when given to infants it provokes a feeling of pleasure so profound and intense that its pursuit becomes a driving force throughout their lives.

Could the taste of sugar on the tongue be a kind of intoxication? What about the possibility that sugar itself is an intoxicant, a drug? Overconsumption of this drug may have long-term side-effects, but there are none in the short term no staggering or dizziness, no slurring of speech, no passing out or drifting away, no heart palpitations or respiratory distress. When it is given to children, its effects may be only more extreme variations on the apparently natural emotional rollercoaster of childhood, from the initial intoxication to the tantrums and whining of what may or may not be withdrawal a few hours later. More than anything, it makes children happy, at least for the period during which theyre consuming it. It calms their distress, eases their pain, focuses their attention and leaves them excited and full of joy until the dose wears off. The only downside is that children will come to expect another dose, perhaps to demand it, on a regular basis.

How long would it be before parents took to using our imaginary drug to calm their children when necessary, to alleviate discomfort, to prevent outbursts of unhappiness or to distract attention? And once the drug became identified with pleasure, how long before it was used to celebrate birthdays, a football game, good grades at school? How long before no gathering of family and friends was complete without it, before major holidays and celebrations were defined in part by the use of this drug to assure pleasure? How long would it be before the underprivileged of the world would happily spend what little money they had on this drug rather than on nutritious meals for their families?

There is something about the experience of consuming sugar and sweets, particularly during childhood, that readily invokes the comparison to a drug. I have children, still relatively young, and I believe raising them would be a far easier job if sugar and sweets were not an option, if managing their sugar consumption did not seem to be a constant theme in our parental responsibilities. Even those who vigorously defend the place of sugar and sweets in modern diets an innocent moment of pleasure, a balm amid the stress of life, as the journalist Tim Richardson has written acknowledge that this does not include allowing children to eat as many sweets as they want, at any time, and that most parents will want to ration their childrens sweets.

But why is this rationing necessary? Children crave many things Pokmon cards, Star Wars paraphernalia, Dora the Explorer backpacks and many foods taste good to them. What is it about sweets that makes them so uniquely in need of rationing?

This is of more than academic interest, because the response of entire populations to sugar has been effectively identical to that of children: once people are exposed, they consume as much sugar as they can easily procure. The primary barrier to more consumption up to the point where populations become obese and diabetic has tended to be availability and price. As the price of a pound of sugar has dropped over the centuries, the amount of sugar consumed has steadily, inexorably climbed.

In 1934, while sales of sweets continued to increase during the Great Depression, the New York Times commented: The Depression [has] proved that people wanted candy, and that as long as they had any money at all, they would buy it. During those brief periods of time during which sugar production surpassed our ability to consume it, the sugar industry and purveyors of sugar-rich products have worked diligently to increase demand and, at least until recently, have succeeded.

The critical question, as the journalist and historian Charles C Mann has elegantly put it, is whether [sugar] is actually an addictive substance, or if people just act like it is. This question is not easy to answer. Certainly, people and populations have acted as though sugar is addictive, but science provides no definitive evidence. Until recently, nutritionists studying sugar did so from the natural perspective of viewing it as a nutrient a carbohydrate and nothing more. They occasionally argued about whether or not it might play a role in diabetes or heart disease, but not about whether it triggered a response in the brain or body that made us want to consume it in excess. That was not their area of interest.

The few neurologists and psychologists interested in probing the sweet-tooth phenomenon, or why we might need to ration our sugar consumption so as not to eat too much of it, did so typically from the perspective of how these sugars compared with other drugs of abuse, in which the mechanism of addiction is now relatively well understood. Lately, this comparison has received more attention as the public-health community has looked to ration our sugar consumption as a population, and has thus considered the possibility that one way to regulate these sugars as with cigarettes is to establish that they are, indeed, addictive. These sugars are very probably unique in that they are both a nutrient and a psychoactive substance with some addictive characteristics.

Historians have often considered the sugar-as-a-drug metaphor to be an apt one. That sugars, particularly highly refined sucrose, produce peculiar physiological effects is well known, wrote Sidney Mintz, whose 1985 book Sweetness and Power is one of two seminal English-language histories of sugar. But these effects are neither as visible nor as long-lasting as those of alcohol or caffeinated drinks, the first use of which can trigger rapid changes in respiration, heartbeat, skin colour and so on.

Mintz has argued that a primary reason sugar has escaped social disapproval is that, whatever conspicuous behavioural changes may occur when infants consume sugar, it did not cause the kind of flushing, staggering, dizziness, euphoria, changes in the pitch of the voice, slurring of speech, visibly intensified physical activity or any of the other cues associated with the ingestion of other drugs. Sugar appears to cause pleasure with a price that is difficult to discern immediately and paid in full only years or decades later. With no visible, directly noticeable consequences, as Mintz says, questions of long-term nutritive or medical consequences went unasked and unanswered. Most of us today will never know if we suffer even subtle withdrawal symptoms from sugar, because well never go long enough without it to find out.

Sugar historians consider the drug comparison to be fitting in part because sugar is one of a handful of drug foods, to use Mintzs term, that came out of the tropics, and on which European empires were built from the 16th century onward the others being tea, coffee, chocolate, rum and tobacco.

Its history is intimately linked to that of these other drugs. Rum is distilled, of course, from sugar cane. In the 17th century, once sugar was added as a sweetener to tea, coffee and chocolate, and prices allowed it, the consumption of these substances in Europe exploded. Sugar was used to sweeten spirits and wine in Europe as early as the 14th century; even cannabis preparations in India and opium-based wines and syrups contained sugar.

As for tobacco, sugar was, and still is, a critical ingredient in the American blended-tobacco cigarette, the first of which was Camel. Its this marriage of tobacco and sugar, as a sugar-industry report described it in 1950, that makes for the mild experience of smoking cigarettes as compared with cigars and, perhaps more important, makes it possible for most of us to inhale cigarette smoke and draw it deep into our lungs.

Unlike alcohol, which was the only commonly available psychoactive substance in the old world until they arrived, sugar, nicotine and caffeine had at least some stimulating properties, and so offered a very different experience, one that was more conducive to the labour of everyday life. These were the 18th-century equivalent of uppers, writes the Scottish historian Niall Ferguson. The empire, it might be said, was built on a huge sugar, caffeine and nicotine rush a rush nearly everyone could experience.

Sugar, more than anything, seems to have made life worth living (as it still does) for so many, particularly those whose lives lacked the kind of pleasures that relative wealth and daily hours of leisure might otherwise provide. Sugar was an ideal substance, says Mintz. It served to make a busy life seem less so; it eased, or seemed to ease, the changes back and forth from work to rest; it provided swifter sensations of fullness or satisfaction than complex carbohydrates did; it combined with many other foods No wonder the rich and powerful liked it so much, and no wonder the poor learned to love it.

What Oscar Wilde wrote about a cigarette in 1891 might also be said about sugar: It is the perfect pleasure. It is exquisite, and it leaves one unsatisfied. What more can one want?

Children certainly respond to sugar instantaneously. Give babies a choice of sugar water or plain, wrote the British physician Frederick Slare 300 years ago, and they will greedily suck down the one, and make Faces at the other: Nor will they be pleasd with Cows Milk, unless that be blessd with a little Sugar, to bring it up to the Sweetness of Breast-Milk.