The comics publisher is asking readers to bear with a storyline that has turned the all-American superhero malign. But their loyalty is wearing thin 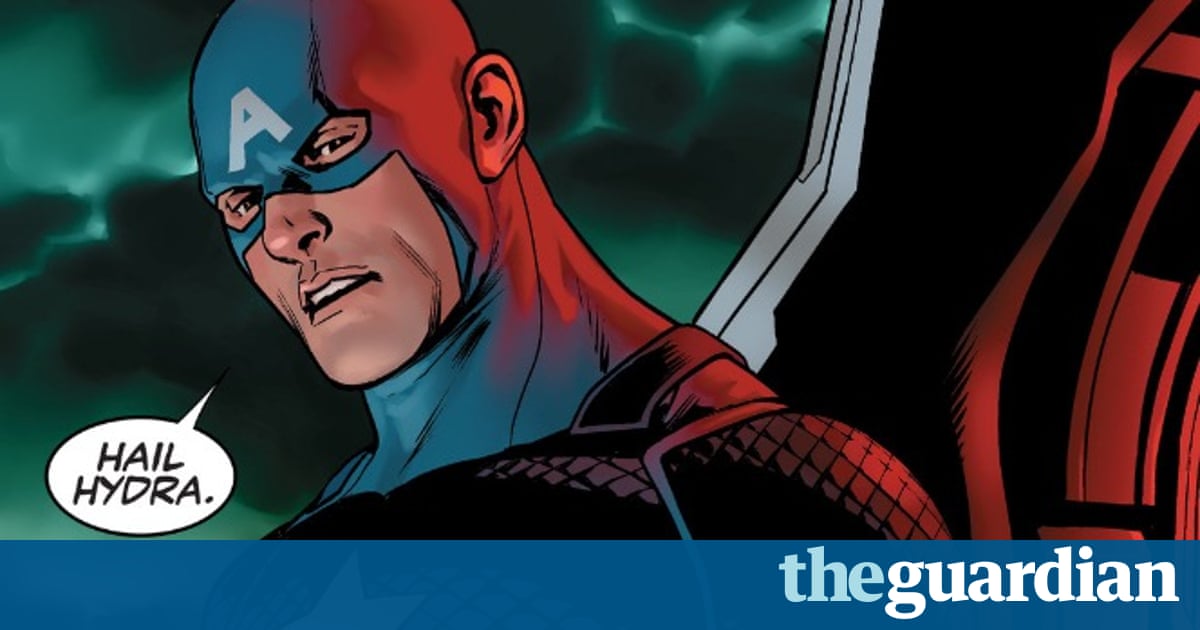 Marvel has had a tough year. Embroiled in controversy after controversy over its current Captain America storyline, the comic book studio has been in damage control mode since last July, when it revealed that their stars-and-stripes-adorned hero was actually part of Hydra, a crypto-Nazi group.

The superhero was created by two Jewish men back in the 1940s, and made his debut by socking Hitler across the face, so readers were shocked to learn that the once proudly all-American Steve Rogers had sided with a fascistic terror group. This twist, which was masterminded by comic writer Nick Spencer, has run through various Marvel comic series, including Captain America: Steve Rogers, Captain America: Sam Wilson and the ongoing Secret Empire.

As Marvels own in-universe history says, Hydra and the Nazis arent exactly one and the same but amid the backlash, readers wont necessarily have recognised the distinction between the Nazis and a proxy group founded by a Nazi (Baron Wolfgang Von Strucker). Petitions have sprung up asking Marvel to reverse the storyline. For months, thousands of fans have been voicing their shock and anger, complete with a dedicated hashtag: #SayNoToHYDRACap, where they complain that Marvel has ruined Cap and had made him more relatable to bigots who want to see themselves as heroes. And, more ominously for the studio, #boycottMarvel.

Anger spiked again in March when Marvel sent out Hydra T-shirts to comic-book stores, encouraging retailers to wear the groups iconic green octopus logo as part of a marketing push for the Secret Empire series seemingly unaware that many of those workers wouldnt want to dress like fascists. I spoke to stores across the US about their response, and Greg Gage, of Utahs Black Cat Comics, told me: Theres a rise of antisemitic behaviour in this world right now. The last thing I want to do is force my queer, Jewish employee to wear a Hail Hydra shirt.

The underlying cry that came from stores then, was the same one that had been coming from fans for months: Marvel is not listening to us.

But Marvel doesnt see it that way. We want to assure all of our fans that we hear your concerns about aligning Captain America with Hydra and we politely ask you to allow the story to unfold before coming to any conclusion, read a rare statement from the company earlier this month, promising that the comic would further prove that our heroes will always stand against oppression and show that good will always triumph over evil.

Spencer, however, did not agree: If were really at, Dont put us through bad things happening in stories even if it all works out in the end, stories will not survive that, he tweeted.

Im the most hated man in America today, Spencer told the Daily Beast a year ago. Some of the criticism directed at him has been vicious: variously charged as a fascist, white supremacist and even a Nazi, all of which are completely baseless. By all accounts, Spencer is a capital-w Writer with a capital-v Vision, and hes determined to tell a story he sees as important despite constant calls for Marvel to change course and for him to be fired. When Secret Empire ends in August, maybe that will happen. Regardless, if he is still around, whatever title he finds himself on isnt likely to be welcomed by a large section of the comic-reading community.

But is all this anger really about Cap? Oddly, Marvel isnt the only studio pushing stories about superheroes-turned-fascists. DC Comics has two: their popular Injustice 2 tie-in comics have Superman as an ousted dictator, and the recently announced Nightwing: The New Order sees the former Robin heading up a fascistic regime with an anti-superhuman agenda. While some fans find these titles distasteful, there has been nothing like the anger directed at Marvel.

Some of it is bad timing. The rise of the white nationalist alt-right in the US hasnt helped Secret Empires publicity, especially as Captain Americas iconography has been co-opted by individuals who identify as members. While Marvel has done its best to distance its fictional hate group from real-world equivalents, its hard for fans to think the publisher has their backs when their editor-in-chief says he is the furthest thing from a social justice warrior and the Marvel Entertainment CEO is an adviser to President Trump. Currently the domain Hail-Hydra.com redirects visitors to the White Houses website perhaps the most telling indication of how Hydra and Marvel is seen by fans.

And after months of voicing their opposition, many fans feel Marvel is not listening. Perhaps that is the most powerful factor in all of this: readers didnt want Captain Americas evil turn but the studio doesnt actually care. If Marvel can come out with a colourful distraction like the much-anticipated Marvel Legacy, maybe they will win some of these irate readers back. But comics fans have long memories, and superhero fans never forget. It will be a long time before Marvel recovers its good name among fans. Theyve had a tough year, too.