People often search for their symptoms, but the right diagnosis can be hard to find. Google and Microsoft are working on ways to improve things 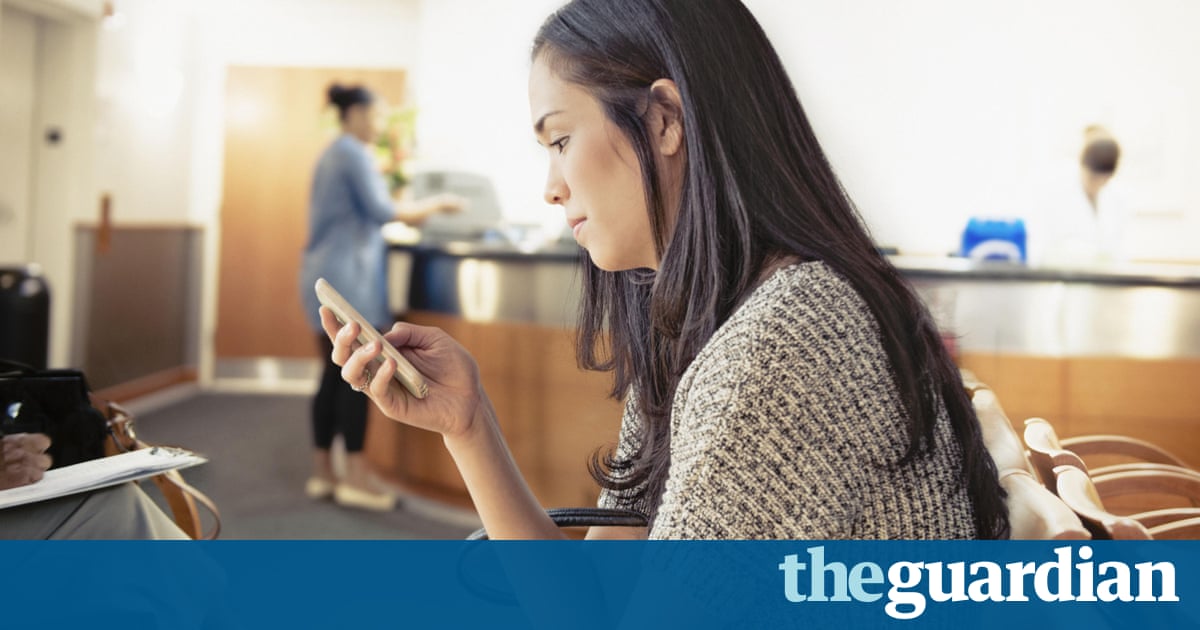 When Liz Jurcik of Seattle felt a sharp pain in her side and back in January of 2013, she didnt think much about it.

Jurcik, a 31-year-old human resources professional at Boeing, ran regularly and was in good shape. She thought it was probably a strained muscle from a workout. But the pain got worse, and by early February she could barely stand up. I had the absolutely worst pain in my life, she said. I couldnt stand up straight.

Like most people, Jurcik Googled her symptoms. She typed upper left abdominal pain into the search engine. I learned all about gall stones, and ulcers and gas pain, she said.

It became so painful that she called her mother, a nurse, who urged her to go to the emergency room. She was eventually diagnosed with pancreatic cancer. My doctor said, the good news is youre going to be OK. The bad news is, youre going to die before you turn 38 if you dont have it taken out.

Jurcik feels lucky she caught her cancer when she did. But she still feels that the online information she looked at did not serve her well. Nowhere in any of the literature did it say a tumor may have caused this.

There is no shortage of health information available online. More than half of Americans look up health information on the internet, and more than a third try to diagnose themselves or others with it, according to the Pew Research Center. Yet studies have found that much of the information online is incorrect or out of date; Harvard researchers analyzed 23 online symptom checkers and found that they produced an accurate diagnosis as the first result just 34% of the time.

Another problem is that it can be difficult for people without a healthcare background to distinguish between multiple conditions with similar symptoms. Because of this, tech companies including Microsoft and Google are looking for ways to improve the power of health search tools.

In June, Google announced it was partnering with Harvard Medical School and Mayo Clinic to launch a symptom search feature. Health content on the web can be difficult to navigate, and tends to lead people from mild symptoms to scary and unlikely conditions, which can cause unnecessary anxiety and stress, said Google product manager Veronica Pinchin in a statement. The symptom search feature will give you an overview description along with information on self-treatment options and what might warrant a doctors visit. Google creates its list of symptoms by looking for health conditions mentioned in web results, and then checking them against high-quality medical information weve collected from doctors.

Microsoft researchers have been using search to test predictive algorithms. With millions of patients making many millions of health-related searches with similar terms, huge troves of powerful data are being created. Researchers are using these pools of big data to mine for information in search of new tools to help find ways to screen and identify disease and other health risks earlier.

Its not uncommon for patients to jump to the conclusion that they have a life threatening illness from a common symptom. Eric Horvitz, technical fellow and managing director at Microsoft Research, calls this phenomenon cyberchondria. Humans generally have a poor ability to understand the probability of events, and websites are fairly poor at communicating them. To make things worse, search tends to push the scary rare disease higher and as a result youre much more likely to think you have a rare disease.

Speaking from the International Conference on Machine Learning in New York, Horvitz explained that he wants search engines to realize when someone is using it as a diagnostic tool so that it can then, through probability, hone in on and explain the most moste likely conditions.

Horvitz began his work at Stanford University as a medical student in the 1980s with a deep interest in the foundations of thinking. But his interest in nervous systems gave way to an interest in artificial intelligence. At Microsoft he uses computers to find patterns in data people unwittingly provide through search and other data sources, such aslarge-scaleelectronic health records.

His latest study was inspired by loss. A close friend called him. He told me he had this weird itching all over his body, and that he had some yellow in his eyes, Horvitz said. Having studied medicine, Horvitz knew that thesecould be symptoms of pancreatic cancer, and told his friend to talk to a doctor about them. He was soon diagnosed with advanced pancreatic cancer.

Horvitz began to think about how people tend to whisper all sorts of concerns into web searches. People dont talk about dark urine, or strange back pains, or losing weight for no reason in public, he said. If you had access to millions of search records can you use machine learning to identify patterns?

He found that you can. In a study published in early June, Horvitz and his colleagues identified queries that provided strong evidence of a recent diagnosis of pancreatic cancer. They then used machine learning to identify searches by the same group months earlier by combining patterns of symptoms used in searches, and other information seen in the logs over time. They found they could predict significant fractions of those searchers with pancreatic cancer based on their earlier searches.

These results suggest that predictive modeling may be able to help screen for diseases early enough to improve outcomes and not just for pancreatic cancer. Horvitz and his colleagues have also used search and social media data to identify pregnant women at risk of postpartum depression before they give birth, and to predict a likely stage of breast cancer.

Russ Altman, a doctor and director of the Biomedical Informatics Training Program at Stanford, used big data to identify drug interactions among patients taking multiple drugs. One pair of drugs, a common statin and antidepressant, raised glucose levels high enough to cause a diagnosis of diabetes in some patients. Altman then teamed up with Horvitz and his colleagues who used search analysis to show that people were signaling symptoms of hyperglycemia through their web searches. There have since been discussions with the FDA about developing tools to monitor the internet for signs of multiple drug interactions.

Horvitz and Altman note that these studies are promising but exploratory, and that the methods need to be validated in clinical trials. And thats no small thing. Googles Flu Trends tool, introduced to wide acclaim in 2008, looked like a promising epidemiological method to predict the spread of seasonal influenza. But it failed to predict the spread of flu in 2013, and was discontinued.

We should be thinking about how to bring this data to patients, says Altman. Horvitzs team is exploring how the technology can be usedto do valuablescreening while protecting users private health information. We could build filters or auto pattern recognizers from this large-scale anonymized data that feeds into apps for your smartphone that would work in complete privacy, Horvitz suggests.

Such tools might eventually work in tandem with electronic medical records behind a secure wall, and incorporate the biological data people collect from their own personal health devices, like a Fitbit, to fine tune and personalize the analytical power. Perhaps by combining the data with that from electronic medical records, or genetic testing, this technology can learn more and more about an individual and provide targeted health information to each of us and our doctors. Or at least those of us who choose to opt in.

There are very real privacy and ethical concerns. Lee Tien, an attorney for the Electronic Frontier Foundation, says that he is worried about personal biomedical data being opened up for this kind of research. Big data about rocks or stars or the moon is just ethically different from big data that comes from, and is thus about, people. The human, biographical aspect of data is effaced by just calling it data. He suggests we think carefully before weakening any privacy protections in search of an uncertain benefit.

Its unethical to not do everything we can with our resources, Horvitz says. Altman agrees, I believe it would be a tragedy if the privacy people who are for putting everything in a lock box win. It would slow down medical discovery.

Some tools are already in development. Prescription drug plans use big data to predict which patients are likely to skip medications and alert them when its time to take a pill. Hospitals are developing ways to predict which patients are most likely to be readmitted, to direct resources to prevent those poor outcomes. Epidemiologists are using social network data to track food born illnesses and other infections.

Jurcik welcomes the pancreatic cancer finding. Now 35 and working in human resources at Providence Health and Services, she has become a volunteer for the Pancreatic Cancer Action Network to get the word out for early detection. She says because this cancer has many unrelated early symptoms, and strikes so quickly, any tool that helps people connect the dots earlier might be lifesaving.

I dont think theres anything better to do as patients than to come in to the doctor knowing what questions to ask.