A refugee in Virginia fears for her family in Iraq. A translator who survived eight IED blasts has a visa. The president wants to slam the door in their faces 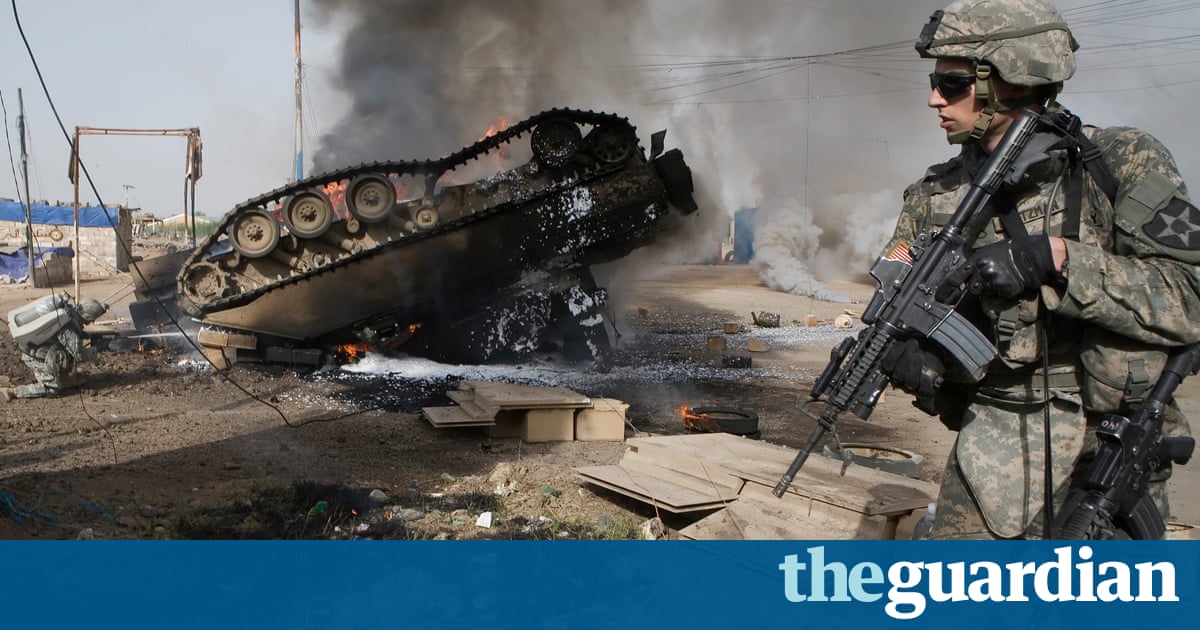 After surviving multiple bomb attacks while translating for US troops during the bloodiest fighting of the Iraq occupation, Hayder who has asked the Guardian not to use his real name has a plane ticket for Texas that he may yet never use, thanks to President Donald Trump.

Farah Alkhafji, who endured the killing of her husband, the burning of her house, the kidnapping of her father, was weeks away from taking her US citizenship test. Now she fears she will never see her Iraqi family again.

They are just two of the millions of people affected by Trumps de facto ban on immigration from seven Muslim-majority countries, which was stayed by a New York federal judge on Saturday until a hearing on 21 February.

It appears unlikely that stay will apply to Hayder and Alkhafji. They are two people who sacrificed their safety on behalf of an America that on Friday slammed its doors in their faces.

I am very grateful for each and every day I experience democracy and freedom in this great country, said Alkhafji in a phone interview on Saturday night, as she worried about the health of her 67-year old father, with whom in Iraq she operated a concrete company providing material for the T-walls and barriers protecting US bases and checkpoints.

For five years, Alkhafji said, her father has attempted to get into the US, along with her mother and two sisters. She has no idea of what has happened to visa status.

Alkhafji escaped Iraq as a refugee. She now lives with her new husband, an American, in northern Virginia and with her two children. In addition to the gratitude she feels toward America when she wakes, she also feels worry: worry for her sister, who has special needs, and for her fathers diabetes and high blood pressure, all amidst the continuing violence of Iraq.

If the president wants to protect the country, I understand the burden is on his shoulders, Alkhafji said. I respect his administration. But I would like to tell him, You want to protect America from the people who helped them in Iraq? Really?

Hayder accompanied US forces on highly dangerous patrols in Diyala and Salahuddin provinces from 2007 to 2010. He was one of the interpreters often just called terps by soldiers and marines on whom the US war effort relied, not only to communicate with locals but to identify threats.

Now, he feels the US is not interested in drawing that distinction. I know that executive order [is] just racist, Hayder said of Trumps immigration ban.

Hayder began the paperwork for his visa in 2012 and finally got it in 2016. On 9 February, a plane will leave from Baghdad and arrive in Istanbul. Another plane will leave from there en route to Houston. When he exchanged emails with the Guardian on Saturday, ticket and visa in hand, he was waiting to hear from US officials that he would not be permitted to travel.

Hours after this story was published, Hayder was definitely informed by the US embassy in Baghdad that he will not be permitted to board his flight.

By his counting, Hayder survived eight improvised explosive device detonations. Death threats, much as Alkhafji received, came from Iraqis furious that he would work with the US. But Hayder doesnt regret aiding the Americans, even when he had to move to Balad Air Base once nicknamed Mortaritaville to go home.

Over email, Hayder described US troops as his best friends. They were with me in the battle. We faced the same danger. We eat [off the] same plate. He considers himself to have served two countries.

In Iraq, Hayder says, some already really got upset about the travel ban, viewing it as a racist decision to keep Muslims out and permit Christians entry.

I look at it, as just not right, because all the Iraqs said radical Islam comes from Saudi Arabia, not Iraq, he said. Saudi Arabia, however, is a country in which Trump does business, as Bloomberg reported.

Its just not fair, we dont deserve that that we get kicked out of an airport or an airplane just because we are Muslim, Hayder said.

Alkhafji remembers her father, Amer Kamal, as an enterprising man, an engineer who traveled to Europe in his youth. She talked about Kamal insisting in 2003 on her helping him run their concrete business, despite neighbors finding it very difficult [to accept] a female supporting her family. They liked the Americans they met and did business with.

But as the Iraq war deteriorated, they found themselves in danger, marked as collaborators. Their family home in Babylon burned down while they were in Jordan. In 2006, militants kidnapped her father and tortured him, pulling his teeth out. Her mother sold everything the car, gold, jewelry to pay the ransom.

It would not be their last catastrophe. On 30 December 2006, the day Saddam Hussein was executed one of the worst days, Baghdad was empty, Alkhafji recalled the family was attacked again. Her husband of barely a month did not survive.

Amer Kamal has not been the same since. He cant get any job accomplished, Alkhafji said. The Iraqi government denied her father his retirement benefits. The reason: he worked with the Americans.

Alkhafji is notinterested in politics. All she said she wanted was to be reunited with her family in the safety of Virginia.

Just get them on an airplane, put them on we will all have good lives, she said. After Trumps executive order, a very surprised, disappointed and sad Alkhafji reckoned: The chances will be very slim that I will see my family again.