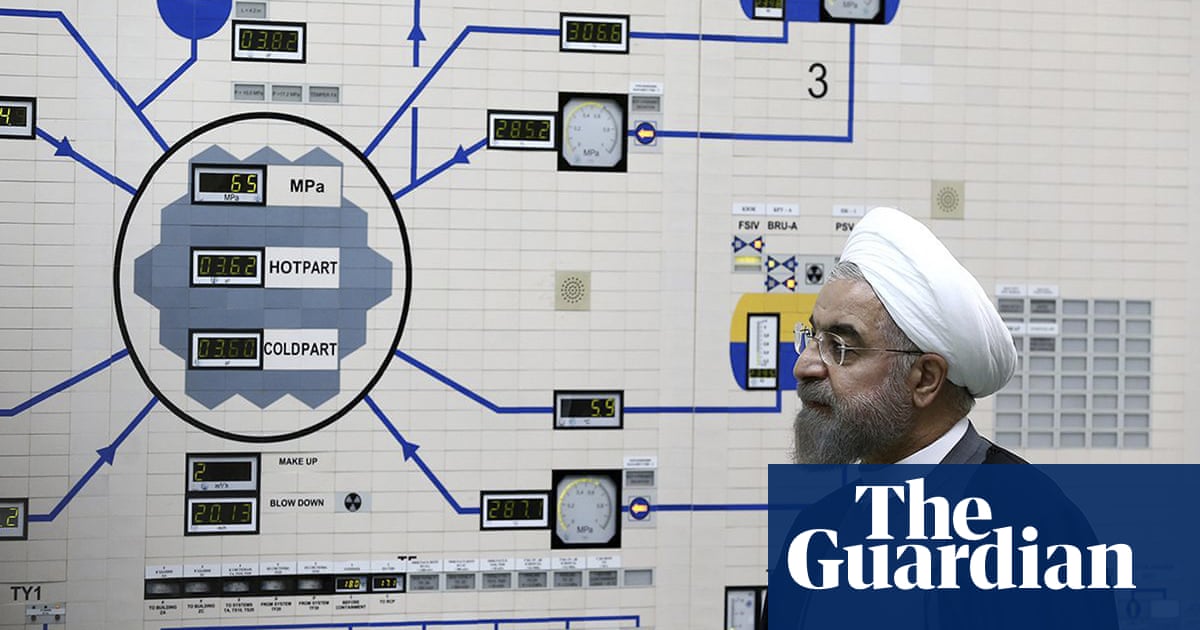 Iran will further reduce its commitment to the nuclear deal signed with world powers by limiting international inspectors’ access to its nuclear sites, senior Iranian MPs have said.

The move, which is expected to take place at the beginning of November, will be the fourth Iranian step away from the deal, and puts pressure on France, Germany and the UK to make some form of counter-move.

The joint comprehensive plan of action (JCPOA) was signed in 2015 but Donald Trump unilaterally withdrew from the agreement in 2018, placing pressure on Europe to prove to Iran it was worth sticking with the deal.

On Wednesday, the spokesman for the Iranian parliament’s national security committee, Hossein Naghavi-Hosseini, said: “In the fourth step of reducing JCPOA commitments, we will probably impose limits on inspections, which means the International Atomic Energy Agency’s surveillance on Iran’s nuclear activities will be reduced.”

He added: “When the other party doesn’t fulfil its commitments, there is no necessity for us to meet our part of commitments.

“We will certainly take the fourth step of reducing commitments to the JCPOA; Europeans have not honoured their part of the commitments and we have not seen any practical step taken by the other side.”

On Monday the Iranian president, Hassan Rouhani, said Tehran was working on advanced IR-9 centrifuges for uranium enrichment. Those centrifuges do not appear in the 2015 accord.

The French foreign ministry publicly urged Iran not to take what it said would be “particularly worrying steps”.

Iran has justified the step by step reduction in its commitment by pointing to the EU’s inability to make good on its promises to increase trade between Iran and Europe. In July, Iran abandoned two of its commitments under the deal by allowing its stockpile of enriched uranium to exceed the 300kg limit and breaching the cap on the purity of its uranium stocks.

The French foreign minister, Jean-Yves Le Drian, earlier this month told the French parliament’s foreign affairs committee it was up to Iran to pick up the proposals his country sought to broker at the UN general assembly in New York last month.

He said: “We consider that these initiatives, which didn’t succeed, are still on the table and it is up to Iran and the United States to seize [them] in a relatively short amount of time because Iran has announced new measures to reduce its commitments to the Vienna accord [JCPOA] in November.”

Tensions between France and Iran have risen after the Iranian intelligence agencies captured an Iranian exile based in Paris, Rouhollah Zam, who had led a media campaign against the government. He was captured in Jordan this week on his way to Baghdad.

France has also disclosed that Iran has detained Roland Marchal, a senior researcher from Sciences Po University in Paris, since June.

The tensions came as the Iranian foreign minister, Javad Zarif, said one or more foreign powers were behind the missile attack on an Iranian tanker in the Red Sea last week.

Despite the bellicose rhetoric, Iran is exploring if there is room for mediation with Saudi Arabia, after Donald Trump’s withdrawal from Syria and his refusal to take military action against Iran in the wake of the September missile attacks on the Aramco Abqaiq and Khurais oil facilities.