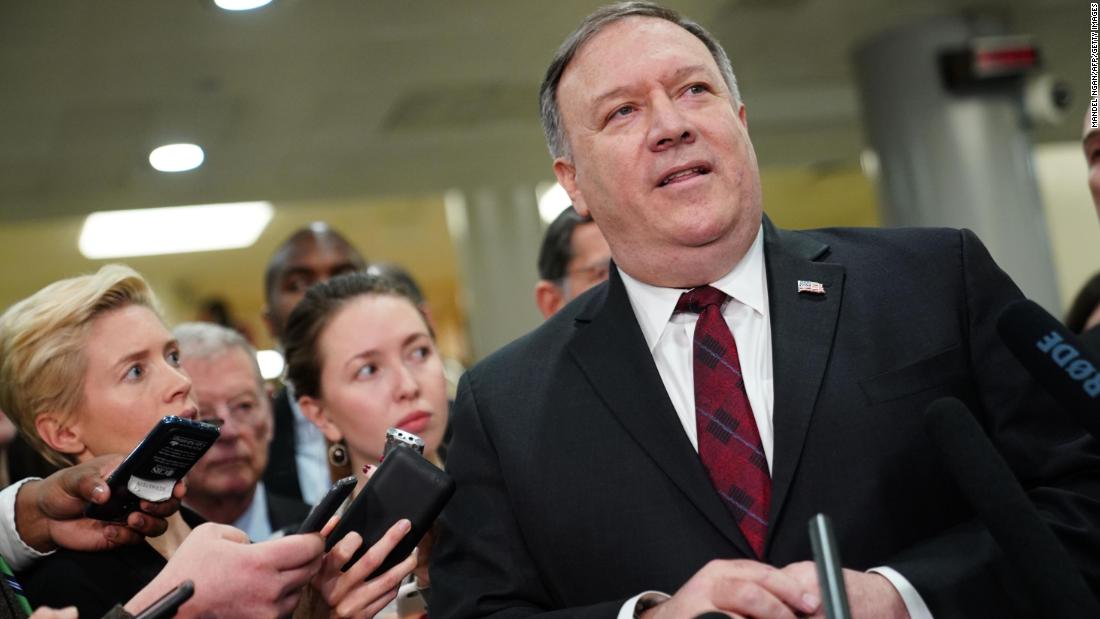 The launch also doesn’t constitute a violation of the UN measure, according to the language of the resolution.
The official tells CNN they are continuing to assess the intelligence.
The missile, according to a statement from Pompeo, has the capability of carrying multiple warheads and “has a range that allows it to strike parts of Europe and anywhere in the Middle East.”
“This test violates UN Security Council resolution 2231 that bans Iran from undertaking ‘any activity related to ballistic missiles designed to be capable of delivering nuclear weapons, including launches using such ballistic missile technology …'” Pompeo said in the statement.
The UN body adopted the resolution, which endorsed the implementation of the Joint Comprehensive Plan of Action, also known as the Iran nuclear deal, in 2015. It does not, in fact, ban Iran from undertaking any activity related to ballistic missiles, a point of criticism for opponents of the deal.
Instead, it says “Iran is called upon not to undertake any activity related to ballistic missiles,” language that does not forbid Tehran from testing or make it a violation if it does so.
A spokesperson for Iran’s Foreign Ministry, Bahram Qassemi, rejected Pompeo’s claim that the missile test contravenes the UN Security Council resolution, saying “the country’s missile program is just for defense,” according to a statement on the ministry’s website on Sunday.
“No UN Security Council resolution has banned Iran’s missile program or missile tests,” Qassemi said.
Addressing Pompeo, Qassemi said in the statement, “The interesting and of course farcical point here is that you are referring to a resolution that you have not only violated by unilaterally and illegally withdrawing from the JCPOA, but also you urge others to breach it, and even threaten to punish or slap sanctions on them if they implement the agreement.”
The Iran nuclear deal, although highly controversial, was considered one of the Obama administration’s major legacies. The agreement has the backing of most major US allies, apart from Israel, though many in Israel’s defense establishment supported it.
President Donald Trump, who had been highly critical of the agreement, announced in May that the United States would be pulling out of the deal.
Last month, the United States reinstated all the previous penalties that had been lifted as part of the agreement.
US Strategic Command tracked the Iranian missile test using a satellite network that traces ballistic missile launches, a senior administration official told CNN.
“As we have been warning for some time, Iran’s missile testing and missile proliferation is growing,” Pompeo said in the statement. “We are accumulating risk of escalation in the region if we fail to restore deterrence. We condemn these activities, and call upon Iran to cease immediately all activities related to ballistic missiles designed to be capable of delivering nuclear weapons.”
Defense Secretary James Mattis echoed Pompeo’s statement.
Mattis said “the threat from Iran is multifaceted,” adding that “right now the strategic level of threat from Iran is less worldwide than Korea’s, but it is certainly significant regionally and it could grow beyond that if it’s not dealt with.”