Sadegh Zibakalam said unrest was due to internal discontent, not foreign interference 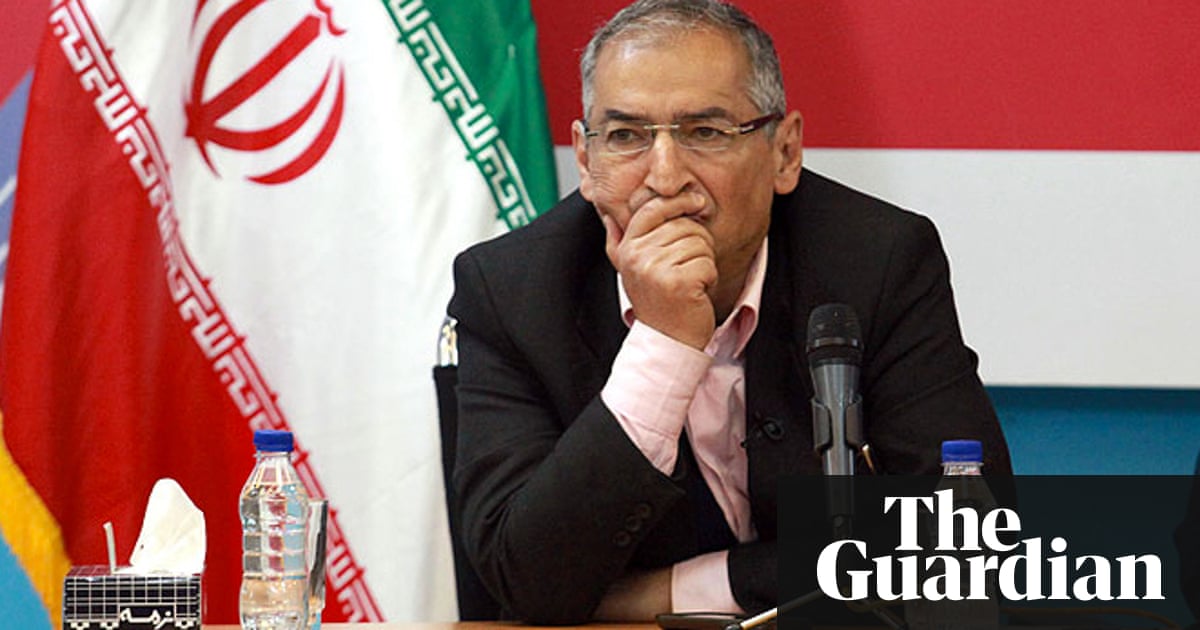 An outspoken professor of Tehran university, who is a well-known figure in the country’s political commentariat, has been sentenced to 18 months in prison for spreading anti-state propaganda.

Sadegh Zibakalam, speaking to the Guardian on the phone from Tehran on Wednesday, said he has also been banned from political and social activities including writing for newspapers and giving interviews, or activities on social media, for a period of two years, according to his verdict. He has 20 days to appeal.

He was summoned by judicial authorities last week in connection with an interview he gave to Deutsche Welle’s Persian service earlier this year. In that interview, he said internal public discontent was the main driving factor behind a wave of unrest that shook the country in January, which the authorities blamed on Iran’s external enemies.

Mizan, a news agency affiliated to the judiciary, said that prior to his sentencing he was facing accusations of “spreading propaganda against the state through giving interviews to foreign websites and trying to discredit the Islamic Republic’s ruling system”.

Iran has a history of going after those who speak to exiled Persian language services, such as BBC Persian.

“In that interview I said that the root cause of the unrest is internal issues and it’s because of the youth’s discontent with political, social and economic policies, and I predicted that just like the 2009 protests, the authorities will blame outsiders,” Zibakalam told the Guardian.

Iran’s supreme leader, Ayatollah Ali Khamenei, said around that time that the country’s enemies were to blame for the nationwide unrest, accusing them of “deploying every means at their disposal including money, arms and political and intelligence support to coordinate making trouble for the Islamic establishment”.

Zibakalam’s trial was presided over by the infamous Judge Salavati.

“I decided not to nominate any lawyers, because accusations against me, in essence, are political. In my defence, I asked the judge if in this country we’re allowed to have an opinion which is different from that of the establishment.”

Zibakalam said he was not an opponent of the Islamic Republic, because he dedicated months touring the country and encouraging people to participate in the recent presidential elections.

In 2014, he was ordered to pay a fine of 40m rials (£590) for questioning – in a public letter – how beneficial Iran’s nuclear programme has been to the country. This resulted in the current judge sentencing him to 18 months, more than the maximum one year prescribed by Iranian law for the crime of “spreading propaganda against the state”.

Zibakalam added: “This is also the first time the judiciary has sentenced someone to be completely banned from activities on social media for two years. They have a grudge against me because I voiced opinions against those held by the ruling system.”

Zibakalam’s fame in Iran is unusual even for a professor of political science who teaches at the country’s most well-known academic institution. The professor, who is sympathetic to the reformists and has over 370,000 followers on Facebook, became popular for his daring and passionate debates with hardliners on national television, radio or at roundtables hosted by various institutions.

He has publicly challenged the state line on many sensitive topics, such as saying in 2014 that he recognised Israel because the UN recognises it as a state. Iran does not recognise Israel and authorities often refer to it as “the Zionist regime”; those who defy bans on travel to Israel can be put in prison for as long as five years.