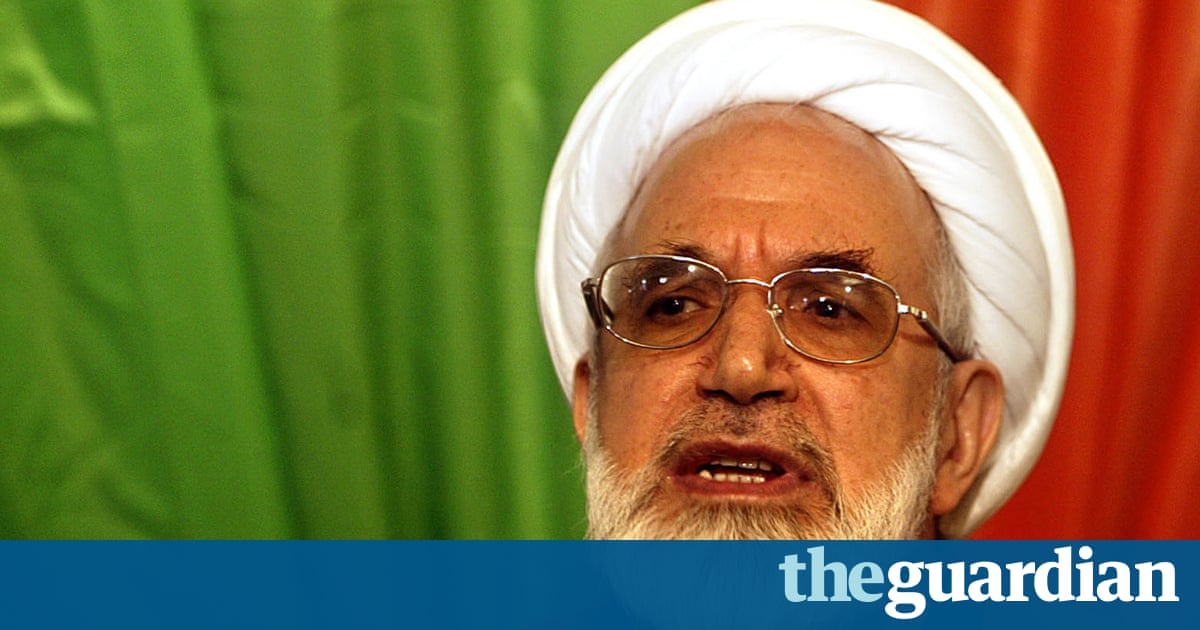 An Iranian opposition leader who has been under house arrest for six years has ended a hunger strike after the government agreed to remove intelligence agents from his home.

However, Mehdi Karroubis demand to be tried for his supposed crimes appears no closer to being granted. He has not been charged with any offence since being placed under house arrest in 2011.

The 79-year-old Shia cleric stopped eating and drinking on Wednesday morning and was taken to hospital on Thursday due to high blood pressure.

His son Mohammad Hossein told the reformist Jamaran website that Karroubi met the health minister, Hassan Ghazizadeh Hashemi, on Thursday and secured promises that convinced him to end the hunger strike.

Sahamnews, a website linked to the Karroubi family, said the government had promised to remove the agents from his home.

Karroubi and the fellow reformist politician Mir Hossein Mousavi were candidates in Irans disputed 2009 presidential election, which sparked months of mass protests over claims the polls were rigged in favour of hardline incumbent Mahmoud Ahmadinejad.

Both were placed under house arrest in 2011 for their role in the protests, which were brutally put down by the regime.

The former president Mohammad Khatami, the figurehead of the reformist movement who has been banned from appearing in the media since the protests, said there was nothing he could do to secure a trial.

The fact that I cannot do anything to remove these worries makes me even more sad, he told Karroubis son, according to Sahamnews.

Karroubis wife, Fatemeh, told Sahamnews this week that his first demand was the removal of intelligence ministry agents and security cameras that had been recently installed in their home, which she said has no precedent before or after the [1979 Islamic] revolution in any house arrest.

Second in case of continuation of the house arrest, they should arrange a public trial, she said. Karroubi does not expect a fair trial but wants it to be public and would respect the verdict, she added.

In March, Hossein was sentenced to six months in prison for propaganda against the regime after he published a letter that his father had written to Irans current president, Hassan Rouhani, calling for a trial.

Karroubis failing health he underwent a heart operation this month poses a potential problem for the Iranian regime, with fears that any deterioration could lead to renewed protests. He remained in hospital on Friday.

Rouhani, considered a political moderate, was re-elected in May after rallying reformists and vowing to win the release of Mousavi and Karroubi.

But the hardline judiciary chief, Ayatollah Sadegh Larijani, played down the likelihood of Rouhanis promises shortly after the election. Who are you to end the house arrest? Larijani said in May.