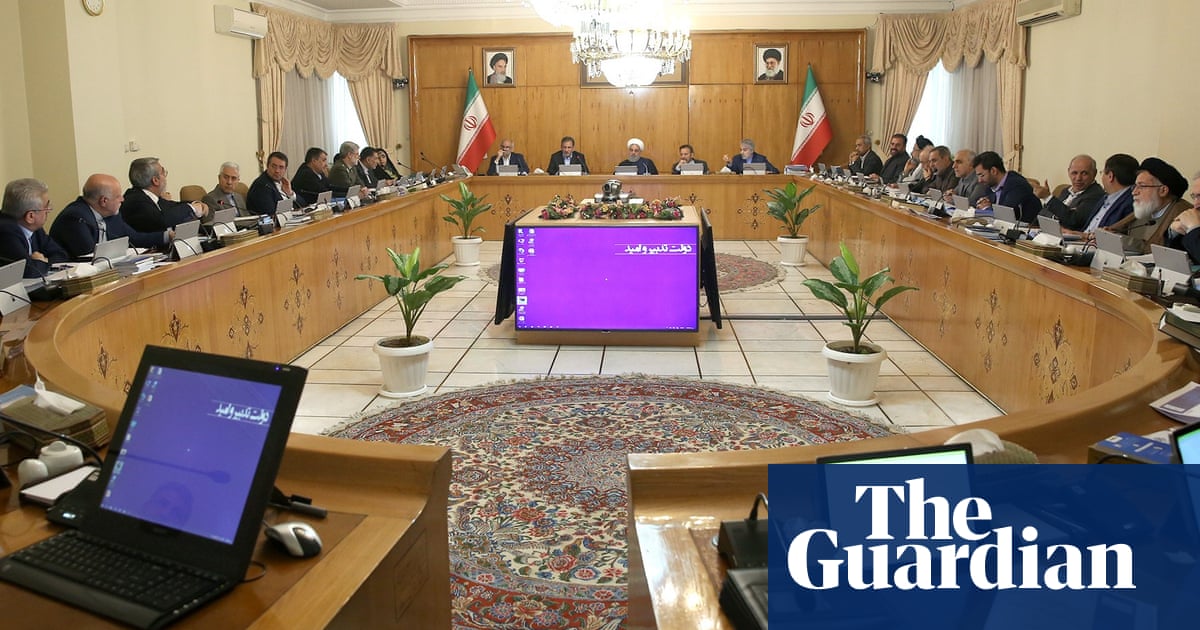 What has Iran announced?

Iran has suspended commitments it made under the terms of the 2015 nuclear deal, which lifted sanctions on the country in exchange for limits on Tehran’s nuclear programme. The deal was reached after years of negotiations.

Hassan Rouhani, president of Iran, said Tehran would hang on to its stocks of excess enriched uranium and heavy water instead of exporting them. He threatened to resume enriching uranium above a limit set out in the deal unless there was progress on sanctions relief.

What did the deal say about these commitments?

The 2015 deal, known as the Joint Comprehensive Plan of Action, JCPOA, set out a 3.67% limit for uranium enrichment (enough to fuel a commercial nuclear power plant) and barred Iran from accumulating stocks of more than 300kg of low-enriched uranium and 130 tonnes of heavy water, a coolant used in nuclear reactors.

In theory, uranium enriched to much higher levels of purity than Iran’s current stocks could be used as the fissile core of a nuclear weapon, while heavy water is a source of plutonium, which can be used to produce a warhead.

Why has Iran done this now?

Iran is suffering under crippling sanctions restored by the US after Donald Trump withdrew from the nuclear deal last year. The Iranian rial, which traded at 32,000 to $1 at the time of the accord, traded on Wednesday at 153,500.

Tehran rightly said the deal had been premised on ending Iran’s economic isolation in exchange for strict and verified limitations on its nuclear activities. By re-imposing sanctions with extraterritorial effects the US has scared companies and banks around the world into reducing, ceasing or not starting business with Iranian counterparts.

The US last week also removed waivers on nuclear co-operation with Iran, including the shipment abroad of excess supplies, perversely making it much harder for Iran to keep to the stockpile limits.

The economic crisis has increased internal pressure on Rouhani, a relative moderate within Iran’s Shia theocracy, to take some sort of counter action. His policy of waiting for Trump to be succeeded by a nuclear deal-friendly Democrat as US president in 18 months’ time was failing, and he will hope that he is now shielded from criticism from hardliners who have long maintained that Iran gave up too much in the nuclear deal.

The Iranians felt they had given the Europeans ample time to come up with a mechanism that would foster trade between the EU and Iran immunised from the threat of American sanctions.

Does this spell the end of the agreement?

Not yet. The Iranians have set out a timetable for a staged withdrawal from the agreement dependent upon the actions of the EU. “This surgery is to save the [deal] not destroy it,” Rouhani said. He has also said the actions are justifiable under articles of the deal which set out the countermeasures party could take if another party was clearly in breach of their obligations.

Iran has not done anything to restrict UN inspection of its compliance or to increase research on advanced centrifuges – two steps that might be seen as EU red lines.

What will the Americans do?

The White House will be delighted that its maximum pressure campaign has finally made the Iranians crack. The US will use this as a lever to prise the EU away from the agreement, or at least to demand that the EU impose sanctions of its own. Speculation mounts that some Washington figures, such as John Bolton, the national security adviser, is trying to assemble a case for war with Tehran as he did against Iraq in 2002. If there is a single over-riding American foreign policy at present it is hostility to Iran.

Where does the EU stand?

Europe collectively has heavily invested in diplomacy with Iran and regards the nuclear deal as the high-water mark of multilateralism. Washington’s European allies say Trump’s repudiation of the deal weakens the pragmatic wing of Iran’s leadership and plays into the hands of hardliners. It means the public in Iran see no economic benefits from Rouhani’s efforts to open the country. The EU has long had doubts about Tehran’s missile programme, and activities in Lebanon, Iraq and Yemen, but they are viewed separately from the nuclear agreement.

Is there a resolution?

It is not evident. Europe has been served notice by Tehran that it must deliver on its commitments to help the Iranian economy, but given the dollar-dominated global economy EU banks and firms are never going to choose trading with Iran over trading with the US, which is the choice the US treasury is placing before them.

The French may make calls for greater European economic sovereignty, but changing the dollar’s dominance is a work of two decades and not two months, the time-frame set by Rouhani.