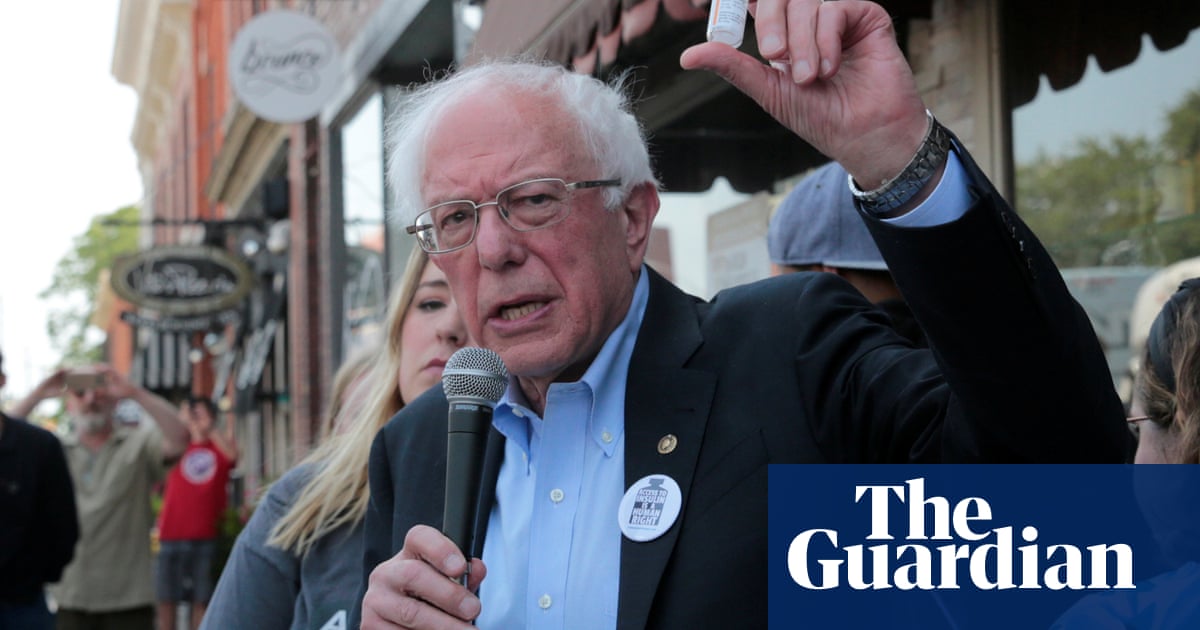 When Hunter Sego realized the insulin he needed to manage his type 1 diabetes cost more than $1,400, he called his mother in a panic. His family had insurance. He did not believe it was possible a one-month supply of “life-saving” medication could cost so much.

The price tag was correct.

Sego, then a student and football player at DePauw University, began to ration his insulin, using a quarter of what had been prescribed. He lost weight. His grades dropped. He struggled on the field.

Fortunately, his mother found out and stopped him from rationing his insulin – a practice that is increasingly common and potentially deadly.

On Sunday, Sego and his mother, Kathy, drove seven hours from Indiana to join a caravan of roughly a dozen patients with type 1 diabetes on a bus to Canada with Bernie Sanders. The Americans – wearing glucose monitors on their arms and shirts that said “diabetic” – set out to buy insulin for a fraction of its cost at home.

Sanders’ northern sojourn, a trip his campaign sponsored, was designed to highlight the rising cost of prescription drugs in the US, which the senator said was the result of “incredible corruption and greed” on the part of the US pharmaceutical industry.

“How does it happen 10 minutes away from the American border in Michigan, people here are paying one-10th of the price for the vitally important drug they need to stay alive?” Sanders asked, calling the disparity a “national embarrassment”.

In his remarks outside of the Olde Walkerville Pharmacy in Windsor, Sanders vowed that as president he would appoint an attorney general to investigate the pharmaceutical industry for what he described as “collusion” between the major drug companies.

“Prices go up and up and up at the same level for the same companies,” he said. “So what you do is you throw these people in jail if they engage in price-fixing.”

The trip came just two days before the second Democratic debate in Detroit. Among 20 candidates over two nights, healthcare is expected to be a major flashpoint.

Sanders has exchanged barbs with former Vice-President Joe Biden, who has called the senator’s healthcare policies “risky”. Sanders has accused Biden, whose healthcare plan would build on the Affordable Care Act, of not being honest about Medicare for all.

Sanders’ signature proposal, which would give the US something similar to Canada’s national healthcare system, has framed the party debate. Several leading candidates support some version of it.

The bus took about an hour to drive six miles across the Detroit river to Windsor, Ontario. Sanders listened as people told their stories.

Quinn Nystrom, a type 1 diabetic who organizes caravans out of Minnesota, said she knew people who had lost limbs, been hospitalized or even died as a result of rationing medicine.

“Insulin is our oxygen,” she said, stressing that caravan trips are not a sustainable solution to the problem, especially because many cannot afford to take a day off of work or find the fee to apply for a passport.

“What [the pharmaceutical companies] are doing to Americans is price-gouging us and they’re holding us hostage and people are dying,” she said.

When the bus arrived at the pharmacy, around 100 Canadians greeted the passengers. Some held signs that said “Insulin is a human right”. A little girl held a Sanders plush toy with a button on the back that said: “Push to activate the revolution.” An elderly man played accordion while trying to finagle a moment with the senator.

In Canada, insulin does not require a prescription. When the American group finished their purchases, Sanders drew gasps from the Canadian crowd.