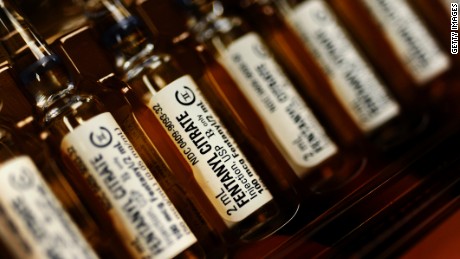 (CNN)A former surgical tech indicted on charges of stealing liquid pain medication by swapping syringes at a hospital near Denver has tested positive for HIV, according to the U.S. Attorney’s office in Colorado.

Rocky Allen, whose indictment in February led Swedish Medical Center in Englewood, Colorado, to warn 3,000 patients that they could have been exposed to HIV, hepatitis C and hepatitis B, consented to the release of the test results, officials said.
He tested negative for hepatitis C and hepatitis B and so far none of the 2,500 patients who took up the hospital’s offer of free testing has shown any sign of transmission of HIV, but officials warn that approximately 500 patients did not show up for followup tests and another 500 did not receive tests.
Colorado health officials say even though no transmissions have been reported, they want everyone who had surgery at the hospital from August 17, 2015, to January 22, 2016, to get the test.
“The absence of such evidence is not proof that no disease transmission occurred, because not all notified patients chose to be tested,” said Dr. Larry Wolk, chief medical officer with the Colorado Department of Public Health.
Allen, 28, is facing charges of tampering with a consumer product and obtaining a controlled substance by deceit.
According to state regulators, Allen removed a syringe containing the pain medication fentanyl from an anesthesia cart and replaced it with another labeled syringe on January 22. Prosecutors say the replacement syringe contained another substance.

In March, five more hospitals in four states — Colorado, Arizona, California and Washington — where Allen had once worked also notified patients of possible exposure to HIV and urged them to get tested.
Allen has pleaded not guilty in federal court in Colorado. The case is set to go to trial in August.