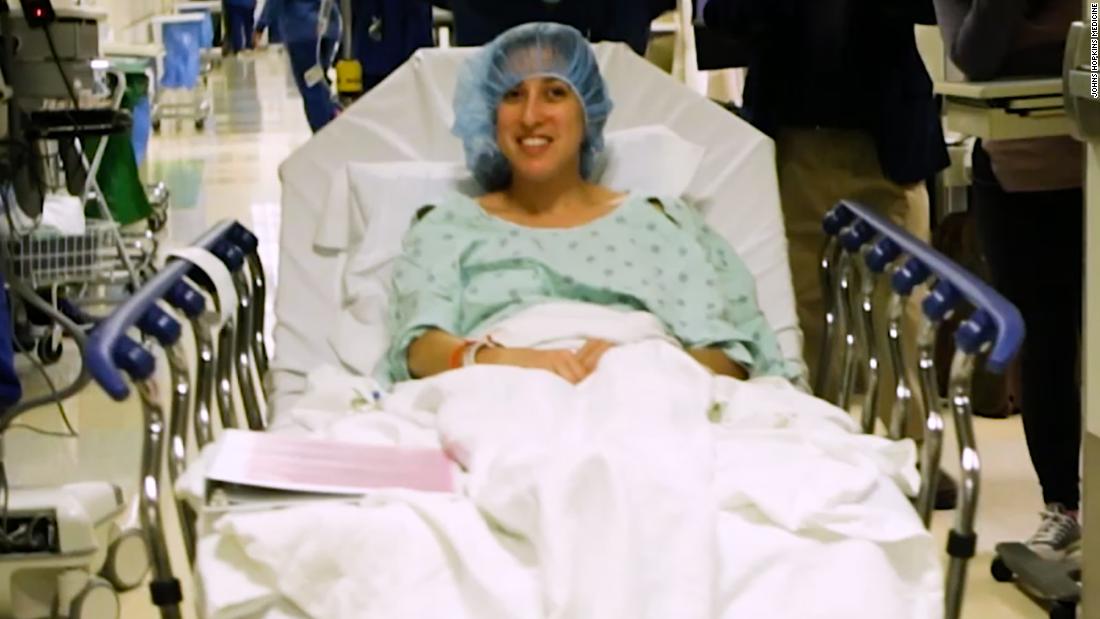 (CNN)An Atlanta woman became the first living HIV-positive kidney donor in the world on Monday when surgeons at Johns Hopkins Medicine in Baltimore transferred her organ to a recipient who is also HIV-positive, according to a statement from the medical center. Both the donor and the recipient, who wishes to remain anonymous, are doing well.

Nina Martinez, a 36-year-old public health consultant, acquired HIV as a 6-week-old in 1983, when she received a blood transfusion in the years before blood banks began routine testing for the virus. HIV damages the immune system and interferes with the body’s ability to fight the organisms that cause disease.
Despite her illness, Martinez’s enduring spirit is audible.
“I really want people to reconsider what living with HIV means,” she said from her hospital bed two days after her operation. “If anyone is proof that you can live a lifetime with HIV, that is myself. I’ve been living with HIV for 35 years — pretty much the length of the epidemic in the United States.” 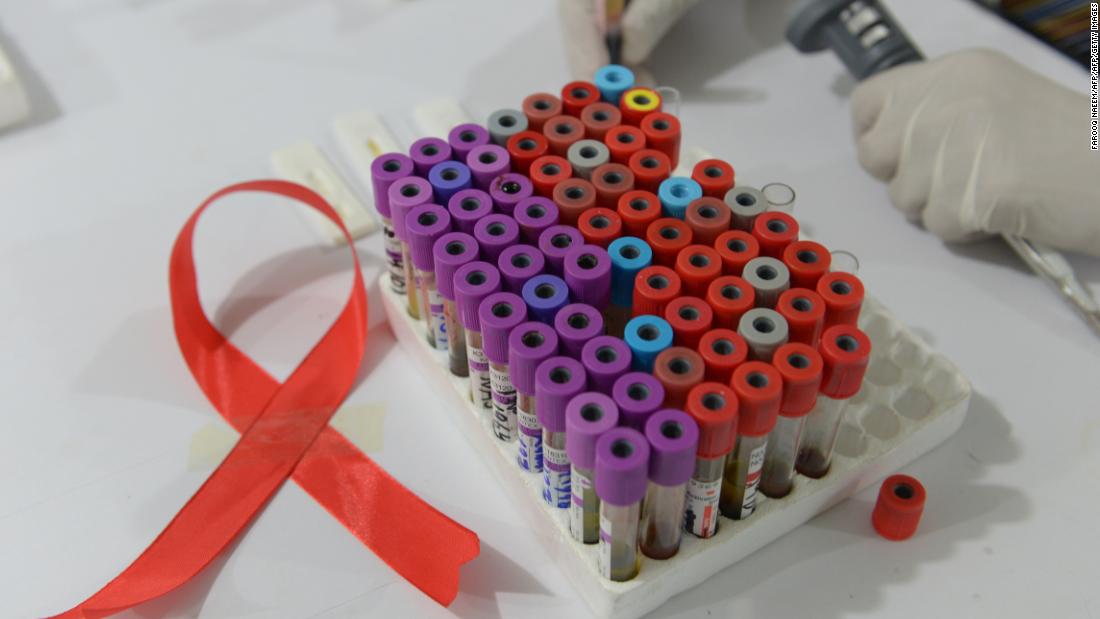 Dr. Dorry Segev, a professor at Johns Hopkins University School of Medicine and the surgeon who performed Martinez’s operation, said the historic surgery is “really a celebration of HIV [medical] care and its evolution.”

Until 2013, the United States did not permit HIV-positive organ donations, Segev said: “I was watching people with HIV die on our transplant list, and I was watching us have to decline every single potential donor, whether deceased or living, just because they had HIV.”
No one considered HIV donor transplants feasible based on two concerns: The virus itself can injure the kidney, and antiretrovirals — the drugs that control HIV — are toxic to the kidney. “We had to show that certain people with HIV could be healthy enough to be a kidney donor and to live with only one kidney,” Segev said.
As people live longer with HIV, they are experiencing more kidney failure related to high blood pressure, diabetes and heart disease, Martinez explained. “Because people living with HIV are disproportionately impacted by the length of the donor wait list, if you are living with HIV, you are nearly twice as likely to pass away while waiting for a kidney,” she said.
The passage of the HIV Organ Policy Equity (HOPE) Act in November 2013 allowed researchers to conduct studies of organ transplants from HIV-positive donors to HIV-positive recipients. The act does not give priority status to HIV-positive patients but provides a donor pool specifically for people living with HIV. 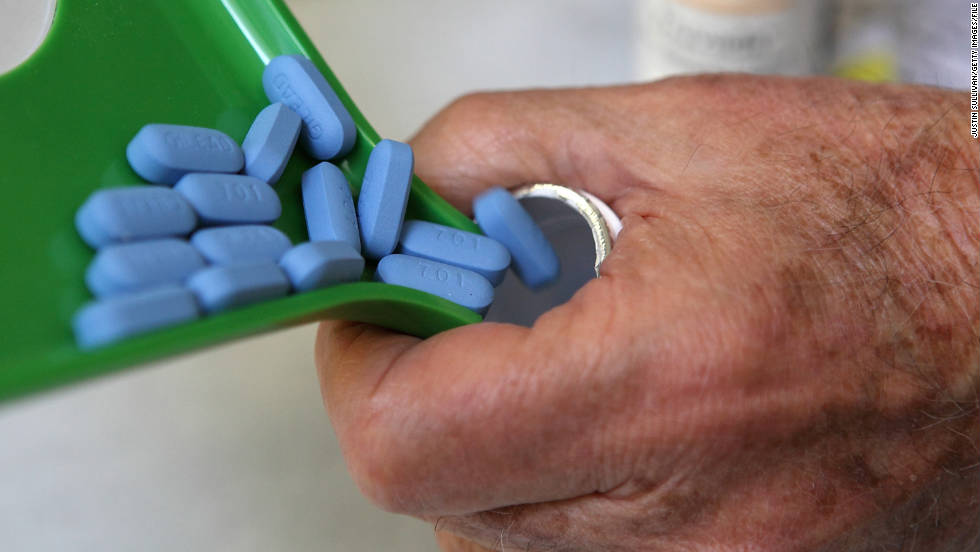 Martinez was nonplussed when the HOPE Act became law because she understood that it would mainly be used to allow deceased HIV-positive patients to become organdonors. This was the case when, in 2016, Johns Hopkins performed the world’s first HIV-to-HIV transplant.
Until her own surgery Monday, there had been about 100 HIV-to-HIV transplants in the United States, but all of them involved deceased donors.
An episode of the TV show “Grey’s Anatomy” in which there was a fictional HIV-to-HIV live donor transplant stoked Martinez’s imagination.
“It wasn’t until my friend broadcast his need for a kidney that I seriously thought about this in earnest,” she said. An Internet search took her to Johns Hopkins.
“Unfortunately, my friend passed away,” she said, and so her donation has gone to a person unknown to her, a good match selected from Johns Hopkins’ kidney wait list.
To accomplish her dream, Martinez had to be carefully screened.

A second strain of HIV

“Nina met the standard donor criteria: She was otherwise healthy without hypertension, without diabetes, so her only additional risk factor for kidney disease was HIV. And we had determined from our research that that was an acceptable and small additional risk,” said Dr. Christine Durand, associate professor of medicine and oncology and member of the Johns Hopkins Sidney Kimmel Comprehensive Cancer Center and the HIV team specialist for Martinez’s surgery.
Martinez said access to health care has been “a huge contributor” to her health and longevity. She hasn’t had a car in 14 years so she walks a lot. She also runs marathons with the nonprofit Grassroots Project, in which student athletes teach young people the tenets of HIV prevention. “I thought the juxtaposition of a longtime HIV patient with NCAA Division I athletes was quite comical,” she said. 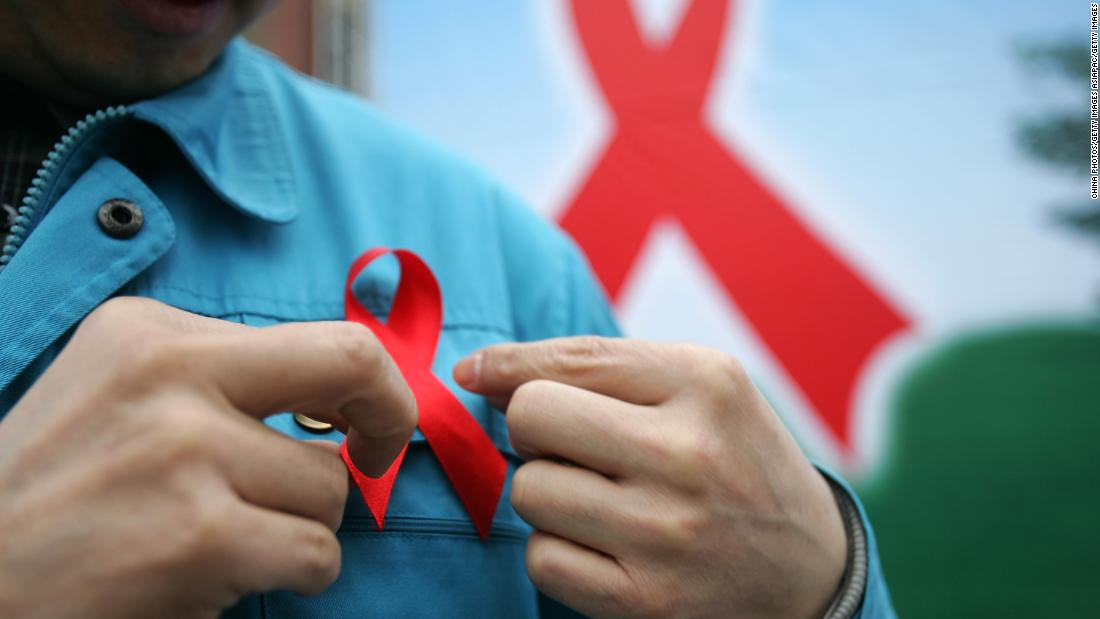 Martinez’s HIV is also under “excellent control,” as measured by T-cell counts and an undetectable level of virus in her blood, Durand said.
Segev said that “the beauty of it is that the operation itself was like the hundreds of other living donor operations that I’ve done; it was just a regular live donor operation.”
The day of the operation, Martinez was walking the halls, “already doing great,” he added. The recipient is also “doing great. The kidney is working wonderfully.”
Durand said that “the medically novel part of this is that the recipient will likely acquire a second strain of HIV from the donor — something that we call HIV superinfection,” which is the case in all HIV-to-HIV transplants.
Donor and recipient have to be compatible in terms of HIV drug resistance, she explained, so when the recipient acquires the new HIV strain, their drug regimen will still work for them. “We can, if we need to, change a recipient’s medication around, but we have to have a plan for that going into it,” Durand said.

There are more than 1 million people living with HIV in the United States. For them,Martinez’s historic operation means “that ‘here’s one less stigma associated with this disease,’ ” Segev said.
From the moment she made her decision to surgery’s end, the organ donor process took about nine months, Martinez said: “I have a really strong sense of faith in myself, like I am my own rock. And so whenever I’ve made kind of unusual decisions or decisions where I don’t know the outcome, I just hunker down and believe in myself, and usually, that will get me through. Some people might call that stubborn.”
Martinez hopes her gift will inspire other people — whether they are HIV-negative or -positive — to consider becoming living organ donors.
“We have a very serious organ shortage in this nation,” she said. “It’s a real concrete way to make a difference.”