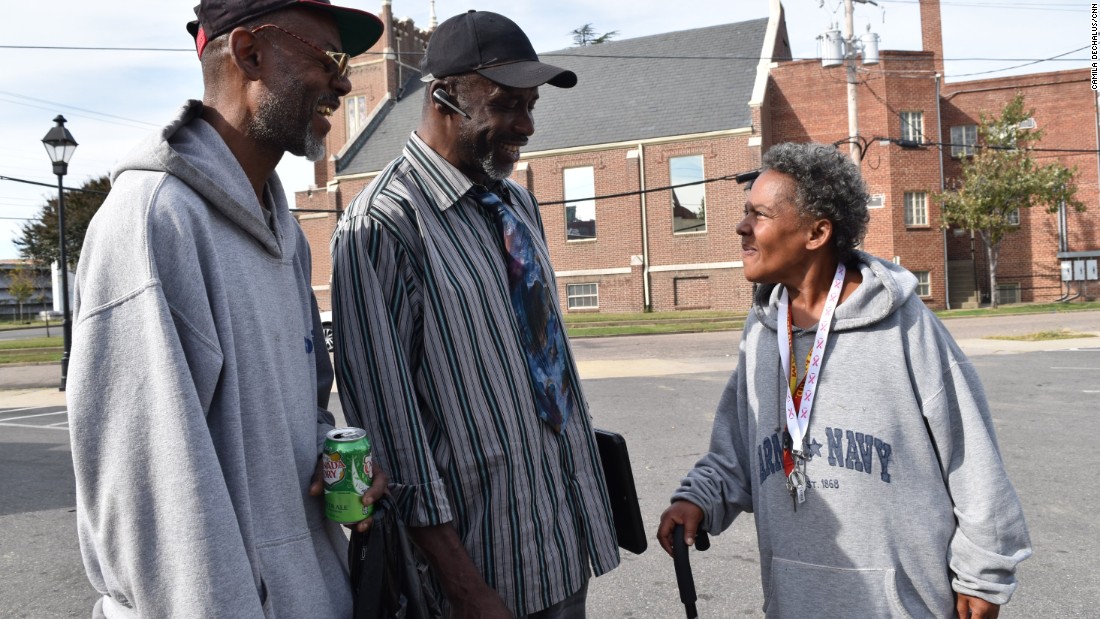 Washington (CNN)By the age of 16, Muhamad As-saddique Abdul-Rahman was already a felon. Thirty-seven years later, he is ready to be called something else — a voter.

When Virginia Gov. Terry McAuliffe announced his plan in April to restore voting rights to more than 200,000 felons, Abdul-Rahman, who spent nearly two decades behind bars for armed robbery before struggling with drug and alcohol abuse, immediately logged online to check on his voting status. He discovered that, for the first time in his life, he was eligible to vote.
“I was not whole when I came out of prison, both politically and emotionally,” says Abdul-Rahman, 53. “But having my right to vote back has made me feel whole as a human being.”
Now, he wants to help other ex-convicts experience that feeling.
Critical counties: Prince William, Virginia, a long-term warning to the GOP
Abdul-Rahman, who works at the New Virginia Majority, a progressive organizing group, has been canvassing around neighborhoods in Richmond in recent weeks encouraging new voters — many of whom are former felons — to vote in next week’s presidential election.
“Most people in this area won’t register because they feel discouraged,” he says. “They feel like they don’t matter.”

In April, McAuliffe, a Democrat and ally of Democratic presidential nominee Hillary Clinton, signed an executive order to restore voting rights to more than 200,000 convicted felons. The order allowed those who had served their time and completed supervised probation or parole the right to vote, run for office and right to serve on a jury.
McAuliffe said the move was necessary to remove barriers that unfairly disenfranchised many Virginians, particularly minorities. Republicans, however, decried his decision as politically motivated, saying it was a move to add more Democratic voters to the rolls of a battleground state in an election year. CNN rates the state as close but leaning Democratic.
Three months later, Virginia’s Supreme Court overruled McAuliffe, saying he didn’t have the authority to grant “blanket, group pardons” and that he would have to do so individually.
McAuliffe quickly vowed to do so, and has restored the rights to more than 67,000 former felons since the July decision, according to Sam Coleman, his spokesman. Coleman added that of these, nearly 21,000 have registered to vote.
For those felons whose voting rights have been restored, they need to first check their status to see if they are eligible to vote. If their information is not in the state system, they need to petition the state for approval and, if they’re permitted to vote, they then need to register.

On Chicago Avenue in the Blackwell neighborhood, residents walk past trash strewn across sidewalks and in vacant store parking lots. They smell the stench from a dead cat lying in the middle of the street, flies surrounding its body. On the lawns of vacant houses, only small patches of grass remain, but they’re littered with plastic cups and scraps of paper.
In this community, when Abdul-Rahman approaches residents, he doesn’t ask them if they’re registered to vote. He asks if they want things to change.
“Aren’t you tired of seeing this when you walk out of your house?” he asks 43-year-old Jonathan Quarles. “We won’t have to keep looking at the dead cat that has been laying there since last week.”
Quarles knows this neighborhood all too well, having grown up here. He’s also dealt with some obstacles in his past.
He admits to Abdul-Rahman that he has been in and out of jail for years after violating probation but hasn’t been back in more than five years. After securing a full-time job at a power washing company in Richmond and now having his voting rights restored, Quarles feels like he is being offered a second chance.
“If you deny a person the right to vote, they will never be equal in a society,” he says.
He says he is going to vote for Clinton because he believes she is the only presidential candidate fit for the role.
Katrina Miller, 51, was among the first group of people Abdul-Rahman helped in this neighborhood. She was able to register to vote in August after learning that her voting rights were restored in June. 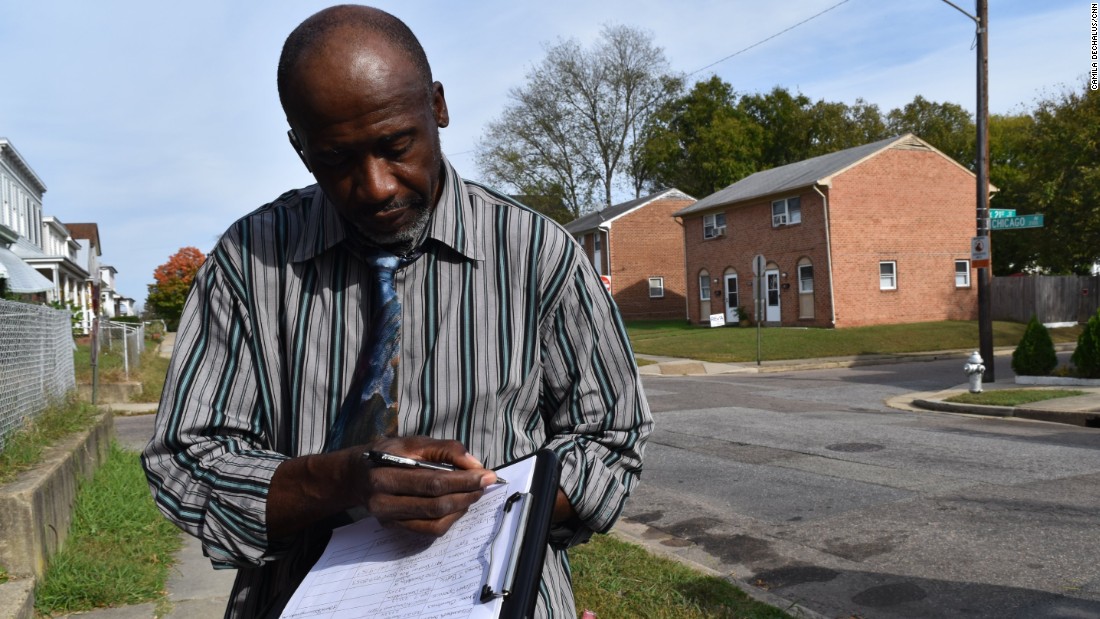 With a smile on her face and a walking cane in her right hand, she says she didn’t know she was eligible to vote until Abdul-Rahman looked up her status. Even though she has not voted yet, she says she’s going to vote for Clinton because “I don’t like the things Donald Trump says about women.”
Miller grew up in Richmond and joined the Army after high school. A few years ago, Miller was incarcerated for assault and battery and then involved in an accident that left her extremely impaired. She says the lack of employment options and her injuries have left her unable to care for herself, forcing her to live on the street.
However, after receiving government assistance, she now lives in an apartment and spends most of her time sitting on a stoop near the Broomfield Christian Methodist Episcopal church, where members clothe and feed her.
Abdul-Rahman believes that restoring the right to vote for people like Miller gives them a sense of self-determination.
“Voting is power,” he says. “The more people who get to vote, the more power they have.”
Abdul-Rahman has helped other former felons that carry this same sentiment, such as 52-year-old Howard Robinson, who is eager to get out to the election polls to cast his ballot vote for the first time in his life. Robinson served 30 years in prison for a murder he claims was in self-defense. He is currently on living on disabilities due to mental health problems.
On Saturday, he’ll help Abdul-Rahman organize a community meeting at the Broomfield church to inform residents about the importance of voting and making sure they turn out on Election Day.
“If I have to pay taxes and I am following the laws,” Robinson says, “I should have the right to decide who gets to make the laws.”