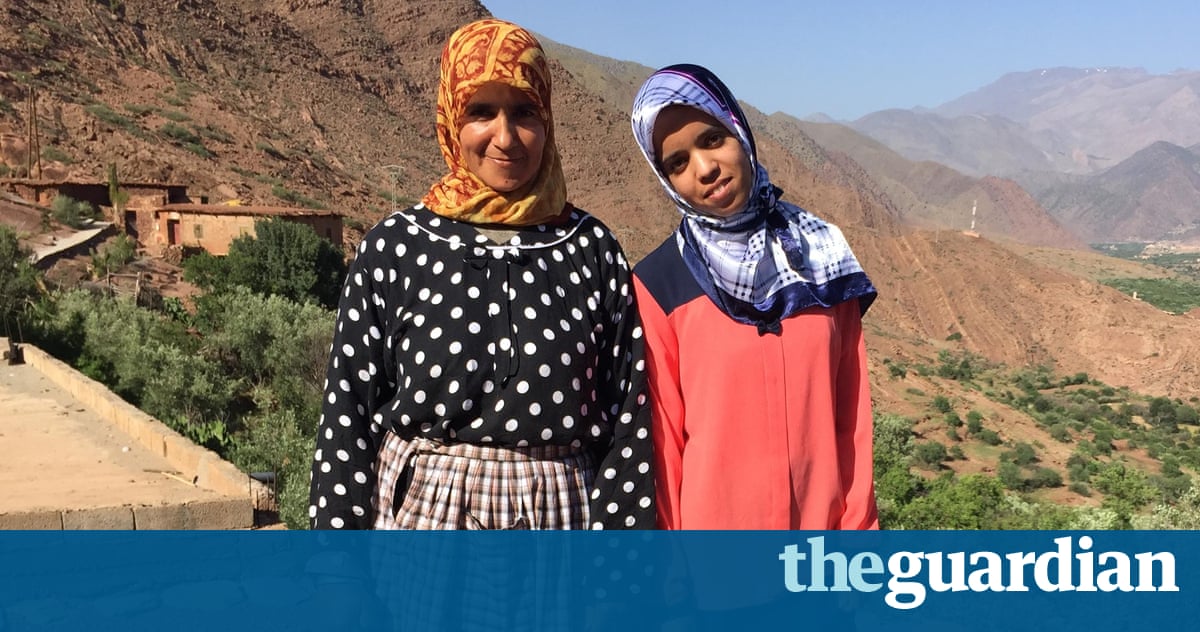 Deep in Moroccos High Atlas mountains, in the hamlet of Tazalt, two girls are doing their laundry in stream water. Inside one of the small reddish-brown stone houses, Malika Boumessoud, 38, is serving sweet mint tea and looking at a photo of herself while shaking her head at how old she looks.

In the next room, where five of her six children all sleep on two single mattresses on the floor, Boumessouds daughter Zahra, 19, is preparing to leave this classic scene of rural Moroccan life. She is a participant in a bold new experiment that could transform the lives of the girls and young women in the region: unlike the vast majority of her peers, Zahra is being granted an education.

For the past seven years, she has lived in a boarding house run by a small Moroccan NGO, Education For All (EFA), in the town of Asni, 56 kilometres away. The house is a five-minute walk from the school she has attended during the week since the age of 12. In September, she hopes to go to university in Marrakech. Her mother, who married at 16, is acutely aware of how different her daughters life could have been had Zahra finished school at 12, like most of the other girls in the valley.

I still wish I had gone to school, says Malika. Even after all these years of marriage and having all my children, I still regret not finishing my education. I dont go out of the village, I just stay in the house day after day. I feel like a bird without any wings..

In rural Morocco, her experience is far from rare. Illiteracy rates for rural women and girls remain as high as 90%. Girls, especially those in areas such as the High Atlas, are more likely to drop out after primary school. Only 26% of girls in rural areas enrol for secondary education, according to the World Bank.

These problems disproportionately affect the Amazigh, commonly known as Berbers, the indigenous people of Morocco. While most Berbers adopted Islam and began speaking Arabic after the conquests of the seventh century, Berber culture and dialects of the Tamazight language survived, especially in the High Atlas. At school, lessons are in Arabic, which for most Berber children is their second language, if they have it at all. Unsurprisingly, they do poorly compared with Arabic children.

But in rural areas, its the distance to secondary schools that presents the biggest barrier, especially for girls. Khalid Chenguiti, education specialist at Unicef Morocco says: Girls education, especially at secondary level, remains a challenge. There are many reasons for this, including the fact that schools are often poorly equipped with washrooms and sanitary facilitation, transportation is often difficult and, in some areas, girls are still required to support domestic tasks and face sociocultural barriers for completion of higher secondary education. These factors often disproportionately affect girls in rural areas.

Chenguiti explains why its a crucial problem to solve: Providing girls with an education helps break the cycle of poverty: educated women are less likely to marry early and against their will; less likely to die in childbirth; more likely to have healthy babies; and are more likely to send their children to school.

EFAs solution is to bring the girls to the schools, an approach which is beginning to change the lives of Berber girls in a way that could transform the regions future. Their boarding houses, which are run solely by Berber women, provide accommodation, healthy food, support with homework and extra French and English lessons. On average, the pass rate for all academic years is 97%.

Zahra bubbles with enthusiasm for the chance that has been handed to her: At primary school, I really enjoyed studying but I knew there was little chance I would get to go to secondary school. When I was selected [by EFA], I was so happy. I was really nervous when I first got to the boarding house but I feel like I have found myself since being there.