The ability of powerful figures to travel the world, ending wars and solving disputes has waned. But they must keep trying 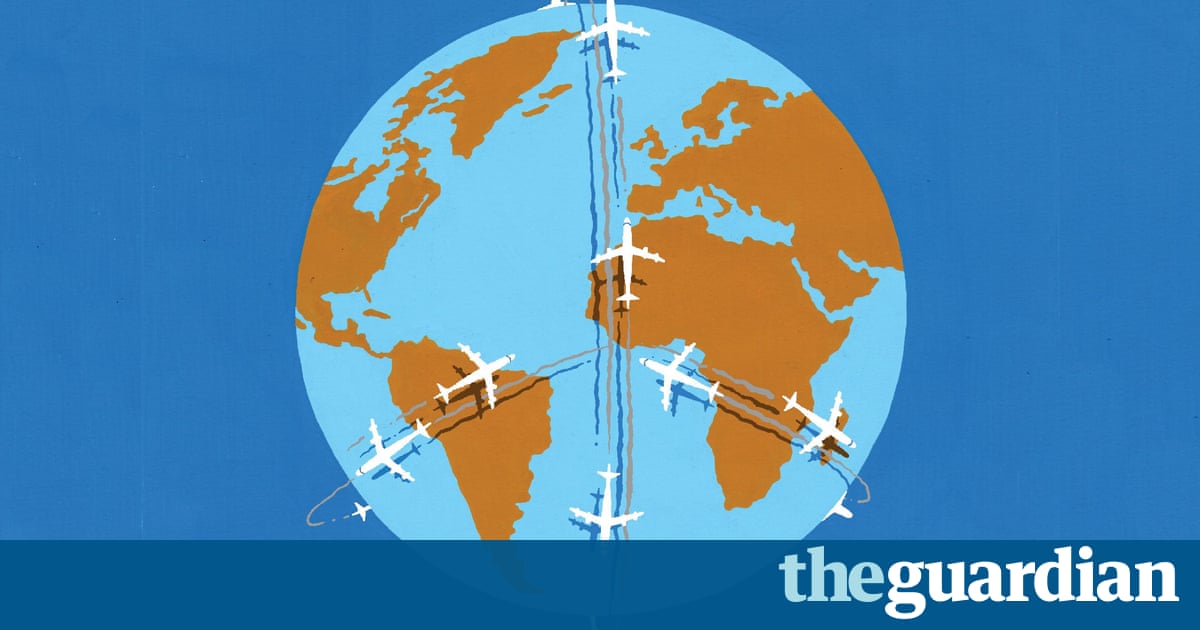 If the age of shuttle diplomacy is really passing, nobody has told John Kerry. He recently became the most widely travelled US secretary of state in history, having flown more than 1.2m miles to visit 88 countries, some multiple times, and spent a total of 111 days up in the air.

He still has four months in office to try to beat the record set by his predecessor, Hillary Clinton, of visiting 112 countries (though she travelled fewer miles to do so). Last week he was in Geneva with his Russian counterpart, Sergei Lavrov, trying to hammer out the final details of an agreement on fighting Islamic State.

Joe Biden has also spent more time abroad than most vice-presidents, lately helping to engineer a rapprochement between Israel and Turkey, for example. This has been, by any measure, an outward-looking administration that has invested heavily in US soft power.

The important question is, what did all these air miles achieve? There is little doubt that last years multilateral deal on Irans nuclear programme would never have been secured without Kerrys constant shuttling between national capitals and late nights spent in the negotiating rooms of Austrian and Swiss hotels. But elsewhere the successes have been harder to identify.

Henry Kissingers highly mobile mediation between Israel, Egypt and Syria in the 1970s brought the phrase shuttle diplomacy into common currency, and ever since it has been closely associated with US efforts to engineer a settlement between the Israelis and Palestinians. Those efforts lasted well into the Obama administration, involving former senator George Mitchell as special envoy until 2011 under Clintons command, and sporadically Kerry himself after he took over the state department, in 2013. But it has become the graveyard of diplomatic ambition. Agreement has never seemed so far off, and it is unlikely Kerry will devote his last months in office to trying to change that.

Syria is likely to take up most of his remaining days and energy. The ever deepening catastrophe is the greatest political failure of the 21st century, and the spectacle of besuited statesmen huddled in Geneva hotel rooms while the slaughter and chaos gather pace on the ground has raised serious questions about the efficacy of diplomacy, shuttle or otherwise.

Three veteran UN envoys have tried in turn to find a political solution: Kofi Annan, Lakhdar Brahimi and currently Staffan de Mistura. But their missions have led nowhere. In the past few days, De Mistura was forced to suspend the UN humanitarian taskforce, as none of its aid convoys were being allowed through to besieged areas.

To a large extent, the failure has been a consequence of a cold war-style deadlock Russia and Iran on one side, and the west and most of the Arab world on the other over the fate of Bashar al-Assad, a negotiating gap kept open by force in the shape of massive Russian and Iranian military support to keep the Syrian regime in place.

But the roots of the impasse in Syria are both new and old. It is also a symptom of the disconnect between the traditional capital-shuttling model of diplomacy in an age when non-state groups, with the proliferation of ever more extreme militias in Syria, are driving the course of events.

Shuttling between capitals, and convening meetings in Geneva or Vienna, looks more and more detached from the brutal and complex diplomacy on the ground. Getting on a plane, issuing a statement, and chairing high-level negotiation has become a displacement activity for influencing events on the ground.

The old-school nature of UN diplomacy may be a generational problem. Since the first UN mediator, Count Folke Bernadotte, was dispatched to Palestine in 1948, the average age of UN special envoys appointed to resolve global conflicts is 64. Brahimi was nearly 80, and De Mistura is approaching 70. Of the 52 envoys in that period, only three have been women. The rationale, if any, is that elder statesmen win the respect and face-time needed in often patriarchal states, but the relative success of Catherine Ashton and then Federica Mogherini in the role of EU foreign policy chief casts doubt on such blanket assumptions.

Fielding a younger generation of mediators with more women in their ranks, however, is not going to overcome the challenge of seeking peace on battlefields where the main protagonists are extremists with a vested interest in violence and chaos. Efforts at engagement are likely to be both pointless and a trigger for moral repugnance, as Owen Smith found in the Labour leadership debate when he raised the possibility of Isis sitting at the negotiating table.

But the fact that a task has become harder and more complex is not the same as saying it should not be done. In the field of diplomacy, it means the opposite. There needs to be more of it, in the knowledge that most of the effort will end in failure. On Syrias borders, UN officials are having to talk to shifting alliances of shadowy groups in order to negotiate deliveries of humanitarian aid to besieged cities, and at the same time their colleagues have to keep making the rounds of the Middle Eastern capitals where the militias go for their funds, as well as keeping the pressure up on Damascus and its backers in Moscow and Tehran to stop the murderous aerial bombing of cities.

Such work often seems futile, and is undoubtedly dangerous. The UN secretary general, Dag Hammarskjld, was killed in a mysterious air crash while flying between the warring parties in Congo in 1961. The circumstances of his death are still being investigated by the UN.

A decade or more ago, in the Middle East, the Balkans and Africa, the effective mediators would mostly have been Americans, with US economic and military clout held in reserve in case sweet reason failed. In a more multipolar world, the peacemakers more often come from the continents in turmoil, under multilateral flags of the UN or the EU. The more powers that have a say in the outcome of conflicts, the more diplomatic travel there is to do.

We may not see another US secretary of state as willing to jump on a plane as Kerry, but there is a strong argument that the next UN secretary general should be as indefatigable in their willingness to get to the nub of conflicts, even at the expense of frustration and humiliation.

It may be a paradox of the age that, despite the multiplicity of small-scale actors and the proliferation of secure and efficient ways to communicate electronically, the need for face-to-face diplomacy seems only to grow. Whatever the technology, the decisions to go to war or make peace are made by people, and people are best judged and cajoled in the flesh.

Foreign policy, Biden added, is a logical extension of personal relationships, with a lot less information to act on. The price of giving up is not always obvious, but it can be severe. A report by the European Leadership Network, a thinktank led by former ministers and generals from the old east and west, shows how a lack of personal experience of adversaries can have severe consequences. It argued that the deep lack of empathy between Nato member states and Russia could lead to miscalculations as grave as Able Archer, a cold war incident in 1983 when Moscow mistook a Nato exercise as preparations for an all-out attack.

Diplomacy, with all its many wasted air miles and protracted hotel stays, always looks expensive, but the costs are tiny compared to what is spent every day on military campaigns. Look at Yemen. A diplomatic initiative would not be an instant panacea, but the absence of a serious effort to engage Saudi Arabia and Iran and their Yemeni allies is appalling, in the face of the daily human suffering. In a darkening world, to persist in dialogue and reason is to rage politely and diplomatically against the dying of the light.