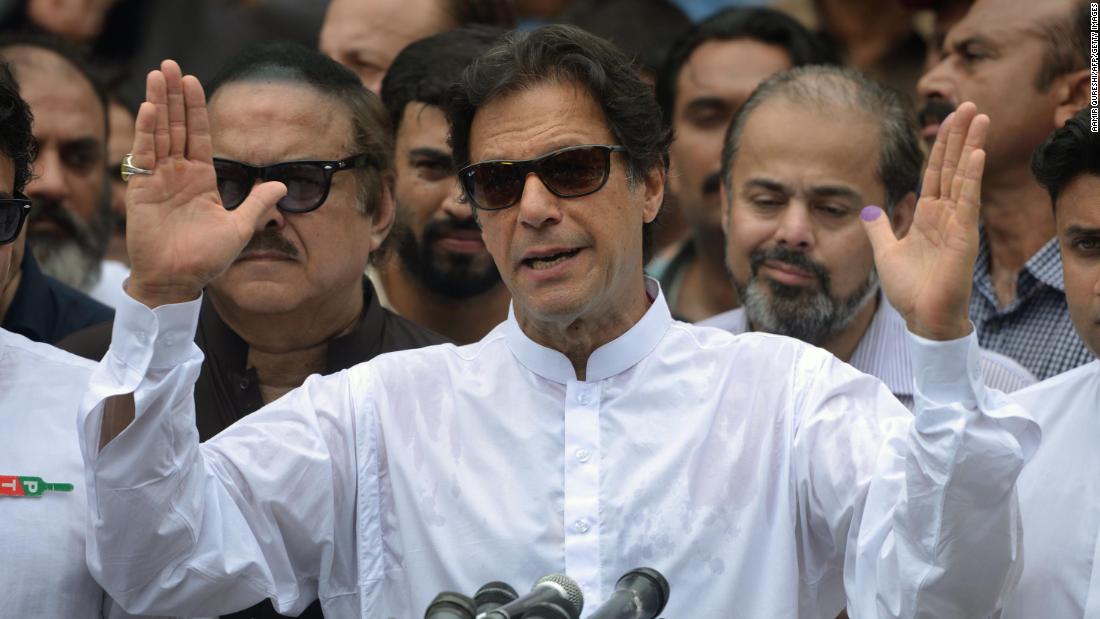 (CNN)Imran Khan is following in some familiar footsteps.

I’ve seen some of it close up, having followed him on the campaign trail during the country’s recent elections.
We flew together on a flimsy helicopter in to the infamous “Swat Valley” in the Hindu Kush mountains into what a few years earlier had been the Pakistani Taliban’s heartland.
RELATED: Imran Khan’s party wins Pakistan election but falls short of majority
The town was close to where Nobel laureate, then-schoolgirl Malala Yousefzai was shot in the head by the radical extremist Taliban trying to stifle her calls for democracy and equality. 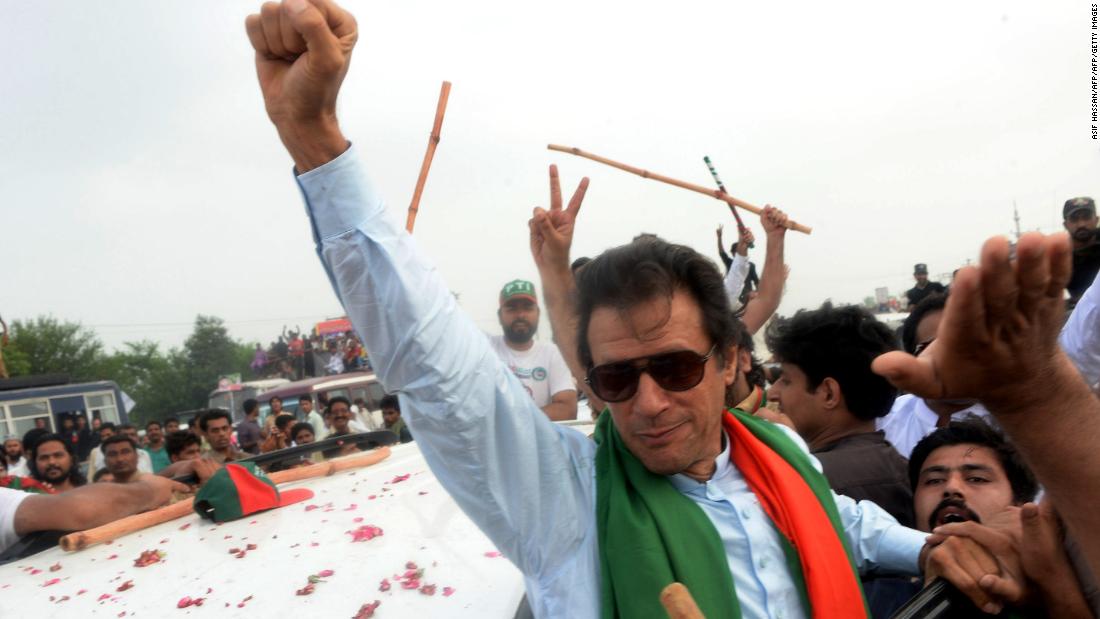 As we got out of the helicopter, Khan quickly jumped in an armored car, we took off at speed, dozens of gun-toting security men crammed onto flat-bed trucks barreling down the road with us.
When we arrived Khan got a rock star welcome: crowds, men and women, young and old going wild waiting to hear from him.
He commanded a huge crowd with ease, his anti-American, anti-Pakistani political establishment message connecting with the tribal, deeply conservative society crammed in to the sport stadium decked out in his party colors: green, red and black. 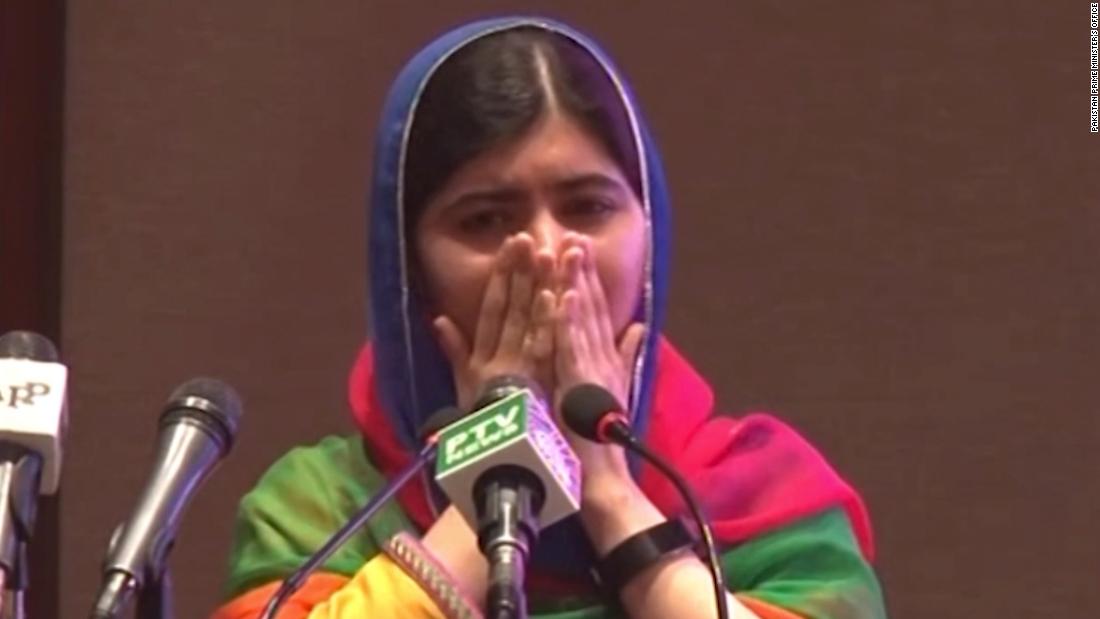 It was 2013. Bathing in adoration appeared to come naturally to him.
As Trump does today, I saw Khan invigorated by the crowd, pumping them up for victory as they inflated his ego, lifting him towards his goal.
But like the wind-ripped rocky helicopter ride into the remote region that day, his ambitions in the 2013 election were buffeted off course.
He was closing in on the leadership job he craved, could taste victory, enough to mount a four-month challenge accusing the establishment of cheating, rigging voting and the results.

It was another sports stadium, another era in Khan’s life where his journey on the path to be Prime Minister was really cemented.
In 1992, at the end of a stellar career as one of the most gifted cricketers of his generation, he led Pakistan’s national squad to world cup victory, the crowds rose for him as they had for more than two decades. 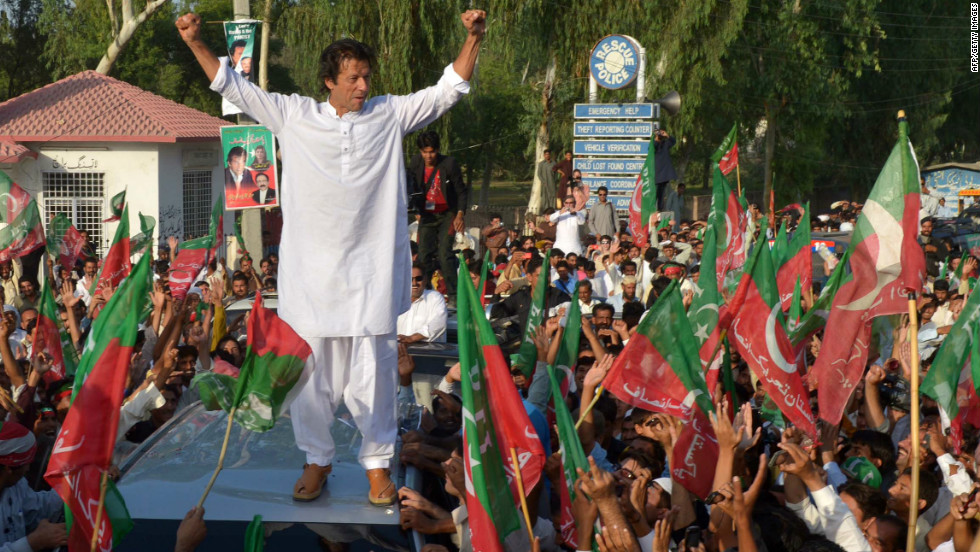 He was a mega-star legend, lived in London, grew a reputation as a playboy, and became a regular at many of the city’s most glamorous nightspots, before joining British high society with his marriage to heiress Jemima Goldsmith. 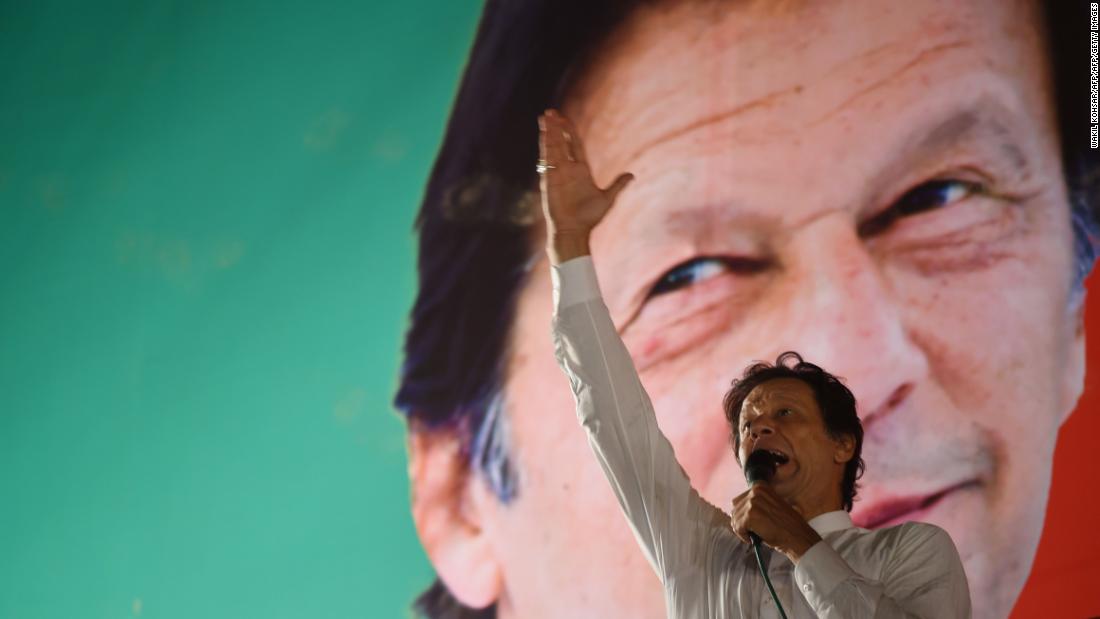 Fame was his constant shadow; today he eschews the gilded good life he had back then for the principles of his conservative Islamic upbringing. But it was undoubtedly his cricketing poster boy popularity that was his passport into politics.
Like Trump he was born into privilege, and like the US President has never held political office.
His leadership is going to be anyone’s guess.

Military: The real power behind Khan?

What won him votes, was an anti-corruption ticket, aiming to take down Pakistan’s dueling rival political dynasties, coupled with his long-running anti-US rhetoric.
He has blasted Trump’s Afghan policy which accuses Pakistan of not doing enough to fight terrorism, and for more than a decade Khan has escalated anti-US sentiment along the Afghan/Pakistan border, criticized US drone strikes and whipped up lethal fervor over alleged US misdeeds in Afghanistan.
In this election cycle his followers have swelled beyond the cadres of young religiously conservative men he’s gathered in the past. Now they include voters simply wanting a change from the stultifying self-serving politicians of Pakistan’s two dynastic powerhouses who are widely blamed for having driven the country into an economic hole. 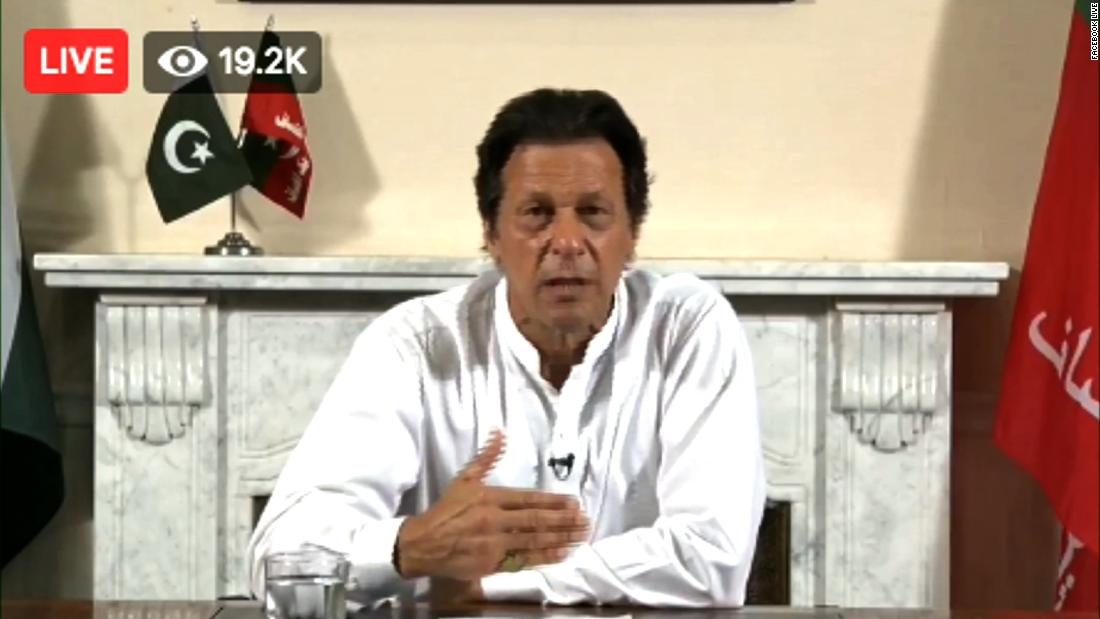 This analysis belies the other force at work in Pakistan’s politics though: the military, who may be the real constituency behind Khan’s success.
Pakistan’s powerful army has been blamed by many journalists for intimidation in the months leading up to the election, particularly of critics of Khan. But the military has never been far from power, has engineered several coups in the country’s short seven-decade history, and has a disproportionately large number of business interests inside Pakistan.
In short, Khan won’t be his own man. No amount of Khan’s popularity will sway them from their core interests, the survival of Pakistan.
The military believes India is an existential threat to their Muslim nation carved out of the bloody collapse of the British Raj.
The two nuclear-armed nations still face off high in the Himalayas on the Siachen glacier, at 21,000 feet above sea level it is the world’s highest battlefield, but it is over Pakistan’s western border in Afghanistan that today’s battles are mostly waged.

In the early 1990s Pakistan’s intelligence services backed Afghanistan’s Taliban to take complete control of Afghanistan, to give the slender north-south Pakistan “strategic depth” westwards.
Trump’s Afghan strategy calls for India to do more in Kabul, a red rag to Pakistan’s military, and so where Trump might find common cause with Khan may be with the Taliban. 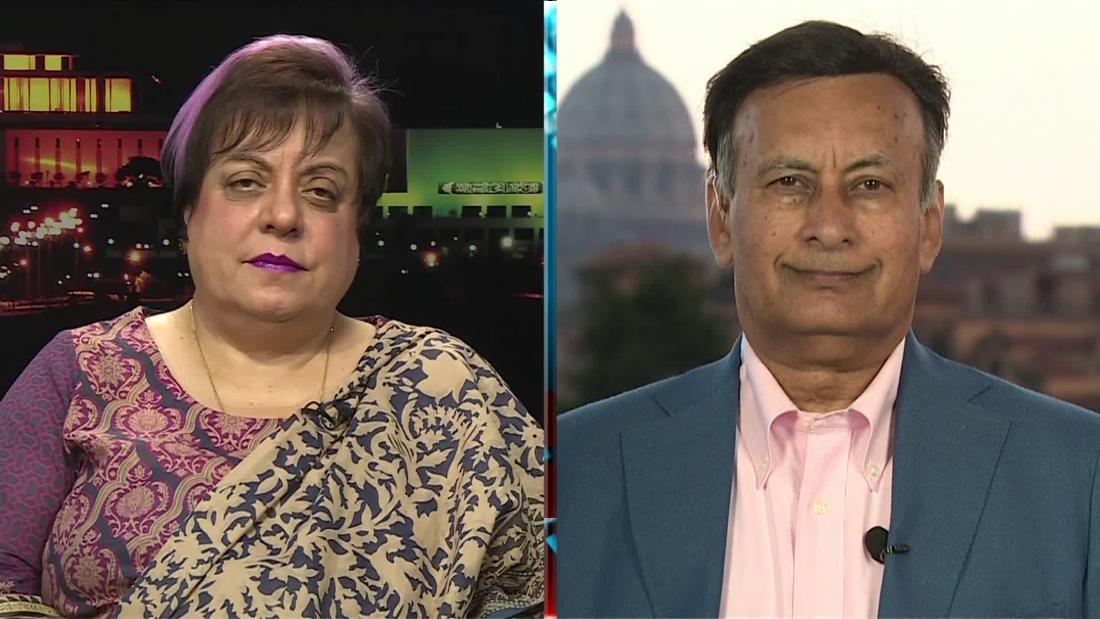 The US President needs the group to stop fighting and join the Afghan government so he can pull out US troops. Khan, an ethnic Pashtun like many Taliban, has built up his support among Pakistani Taliban loyalists, which could be a conduit to negotiations with the Taliban. 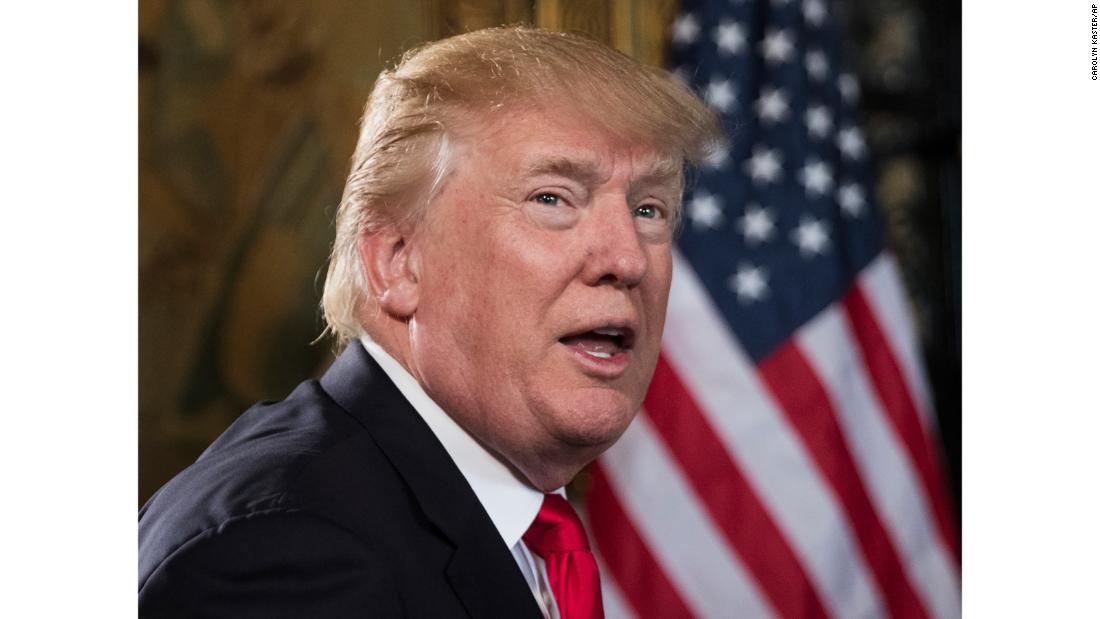 To align all of that will require more than the public threats by Trump to cooperate or else, and will likely need much more than is in Khan’s grasp to give — or for that matter the military’s will to offer.
In the short term Khan is going to be consumed by forming a government, tackling a crooked and crumbling economy, dealing with creditors like China, and fighting off allegations of a rigged election from the Pakistan’s Peoples Party and the Pakistan Muslim League — the same two dynasties he’s been fighting for decades, the same people he led street protests against claiming the same wrongdoing in 2013.
To borrow from his cricketing legacy, he is going to have to hit a few boundaries before he can turn to Trump’s demands, and by all accounts he’ll need the military’s help to do it.