I think the presidency should go to the most qualified candidate, not the one who tells me what I want to hear even though we know he wont accomplish it 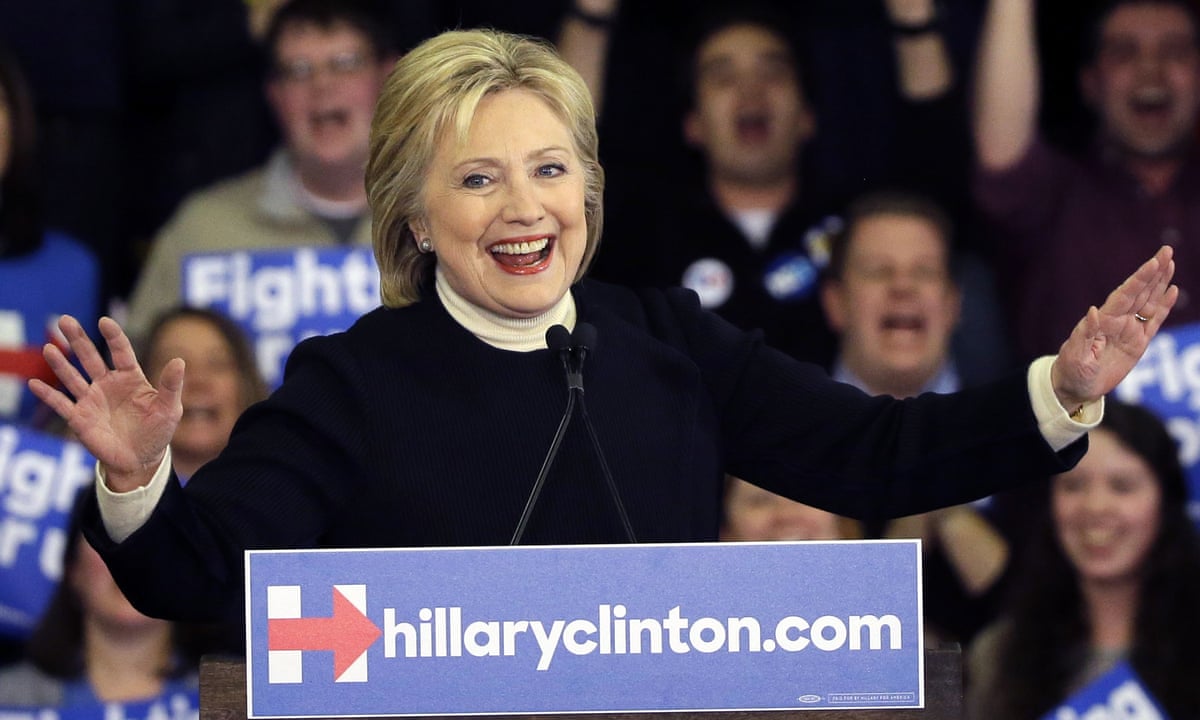 As someone whose political ideals will inevitably run well to the left of any successful presidential candidate in my lifetime, I was thrilled when Bernie Sanders entered the race. Not because I wanted to vote for him Ive been ride-or-die for Hillary Clinton since 2008 but because I knew he would push her to the left during the campaign. And he has.

Since Sanders entered the race, Clinton announced her opposition to the Keystone XL pipeline and the Trans-Pacific Partnership. Although shes always been a leader on protecting reproductive freedom, she surprised pro-choice activists in the best possible way when she said she supported repealing the Hyde Amendment, which prevents poor women from accessing federal Medicaid funds for abortion care. (Almost two weeks later, Sanders said the same. Its worth noting that Clinton has also pushed him to the left on gun control.)

So I welcome Sanders victory in New Hampshire as a sign that the Democratic party cannot ignore its progressive base any longer. Still, if the polls continue to be roughly correct, this is where the horse race ends.

Although it remains early in the primary calendar, and FiveThirtyEight notes that theres too little recent data in some states to make an accurate forecast, Clinton is ahead of Sanders in all the states where that stat-crunching crew is tracking polling. In the states where they feel confident making a forecast already South Carolina, Michigan and North Carolina they predict Clinton will win.

This is not the Hillary Clinton your father hated, though critics on both sides of the aisle have already accused her of flip-flopping, and have continued to advance the decades-old narrative that shes a power-mad narcissist who believes in nothing and will say anything to get ahead.

Younger progressives may not recognize their conservative elders fingerprints on their supposedly brand-new critiques, but as someone who came of age in the 1990s, hearing Hillary Clinton called cold, calculating, greedy, excessively ambitious, insincere and bad at designing healthcare plans by my friends on the left is unique only if you recall that, when I was a very wee lass, we hated Hillary Clinton for putting her progressive ideals above being a dutiful housewife and mother.

Im being a little glib: young people can be smart and engaged and lovely, and Im delighted that Sanders and Clinton have inspired many of them to become politically active this year. Plus, there are good reasons for progressives to critique some of Hillary Clintons policy plans, and I look forward to doing just that when shes president.

But lets not kid ourselves: theprogressive idea that Clinton is a blond Maleficent in sensible low pumps only exists because her opponents on the right planted the seeds 20-odd years ago.

And wed do well to remember her opponents on the right, because this years crop actually are cartoon villains, and one of them will be running against either Sanders or Clinton before long. The Clinton who Ive been watching for the last two decades is prepared to wipe the floor with them, despite if not because of the garbage theyll sling in her direction.

Is Bernie? He is a politician who, if he gets the nomination, would stop being portrayed as the avuncular firebrand who grabs lefties by the heart and start being caricatured as the shouting socialist who wants to raise taxes on the middle class and thinks that we should lay out a welcome mat for Isis and let every other country hoard oil and nuclear weapons unchecked and did I mention that hed raise taxes?

Those of us who can remember at least one prior presidential race recognize that outcome is inevitable. Personally, I would love to pay more taxes toward universal healthcare and subsidized college tuition, and I would love to see a $15 minimum wage as quickly as possible, and my personal approach to foreign policy would probably be screaming, You guys, come on, be nice! in between whiskey shots and crying jags.

Those are among the many reasons I am out of touch with the American people. Hillary Clinton is not.

Thats the blessing and the curse and the frustrated sigh of her: she thinks about not alienating Republicans even as she works to win over as many progressive Democratic voters as possible. She thinks about the votes it will take to get elected, and the votes it will take to pass a law, and she tries to figure out how to get those votes and stay on brand and make progress that will improve American lives before she commits to anything.

Meanwhile, she also has to think about her hair and her pantsuits and her freakin cleavage, and how to project warmth and passion without actually having an emotion in public and how to convince voters that a woman is tough enough to be commander in chief without seeming too hawkish for the left.

Call me a bad progressive, but I still think the job of president should go to the most qualified candidate and not the one who tells me what I want to hear even though we both know hell never accomplish it. It should go to the person who has been the senator of a state with a diverse population of 20 million, as opposed to a state with a 95% white population of 600,000 and the person who has been secretary of state, rather than the one who pivots back to the domestic economy every time hes asked about our relationship to the rest of the world.

The presidency should go to the person who came through an 11-hour bit of theater about her supposed (and still unarticulated) misdeeds surrounding the tragedy in Benghazi looking more presidential than when she went in, rather than just the one who thrilled liberals with an ultimately unsuccessful (and unopposed) eight-hour soliloquy against a bipartisan tax cut plan.

It should be held by the person who has survived every attack the Republican party has thrown at her for 20 years, and has no skeletons left in her closet, not the politician who hasnt faced a single close electoral contest since 1996.

The presidency should go to the person who is completely prepared to step into the job and lead with unparalleled smarts, strength, love and kindness.

That person is Hillary Clinton and, if the polls about upcoming elections and caucuses are any indication, most Democrats agree.

Still, Im not mad at Bernie Sanders or his supporters. I am grateful for his success in bringing income inequality, campaign finance reform and other progressive ideals into the national conversation and Im happy to see that he has a small army of supporters to amplify his voice and work toward his vision, because its one that I and most Democrats, in larger part, share. I just hope that theyll all join me in electing Hillary Rodham Clinton to the presidency in November, and then holding her accountable to those ideals for at least four years after that.