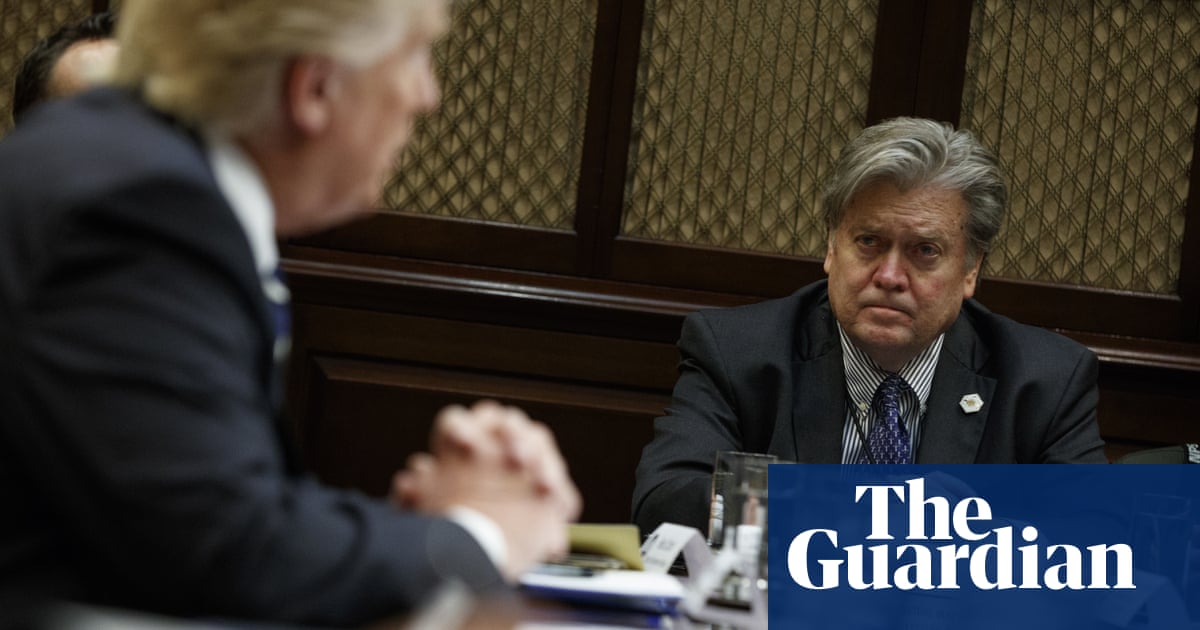 Before Donald Trump ran for president, he needed to build his political vocabulary. And so it was in an early meeting with Steve Bannon – in 2010, when Trump was considering a presidential run to unseat Barack Obama – that Trump encountered the concept of populism.

In a scene captured in the journalist Bob Woodward’s new book Fear: Trump in the White House, Bannon told Trump that he (meaning Trump) was for the common man, against crony capitalism and insider deals.

“I love that,” Trump said, according to Woodward’s account. “That’s what I am, a popularist.”

Ever since the first passages of Woodward’s book emerged on Tuesday, a week ahead of its official release, Trump has been playing defense, tweeting statements of denial by his secretary of defense (who compares Trump to a “fifth- or sixth-grader” in the book) and his chief of staff (who calls Trump an “unhinged” “idiot” in the book).

The president has dismissed the book as “lies”.

Woodward, the extremely decorated Washington Post reporter, has written multiple books about every White House going back to Bill Clinton, including a trilogy called Bush at War. His book All the President’s Men describes his investigation with his colleague Carl Bernstein of the Watergate affair, which led to Richard Nixon’s resignation.

In Fear, a copy of which was obtained by the Guardian, Woodward describes a chaotic White House in which policymaking comes down to desperate thefts by staffers of documents from the president’s desk, decisions by military leaders to ignore the president and Ivanka Trump’s whims.

Woodward based his book on anonymous sources seeming, from the composition of many scenes, to include the former National Economic Council director Gary Cohn, the former chief of staff Reince Priebus and the former chief strategist Bannon.

The book is rich with scenes from inside the Trump campaign as well as the White House, including the moment when Trump’s former campaign chairman Paul Manafort, convicted of eight felony fraud counts last month, was challenged to explain a reported $12.7m in cash payments from a Ukrainian political party.

The payments were exposed by a New York Times investigation that Manafort had known about for two months without bothering to mention it to anyone else inside the campaign. When confronted, he said, according to Woodward: “I had expenses.”

Here’s Bannon describing his efforts to reconcile with the Republican establishment during the general election campaign: “I reached out and sucked Reince Priebus’ dick.” (Before his job with Trump, Priebus was chairman of the Republican National Committee.)

When the president moves into the White House, however, Woodward reports, the campaign infighting morphs into a process of haphazard policymaking on issues as urgent as whether to send more troops to Afghanistan or Syria, or to withdraw from the Paris climate accords.

“Priebus would be meeting in his office with a handful of aides from the economic team and the National Economic Council for 15 minutes and in would walk Ivanka. She would sit down and often say nothing.

“Who is this person? Priebus marveled. What is she doing?”