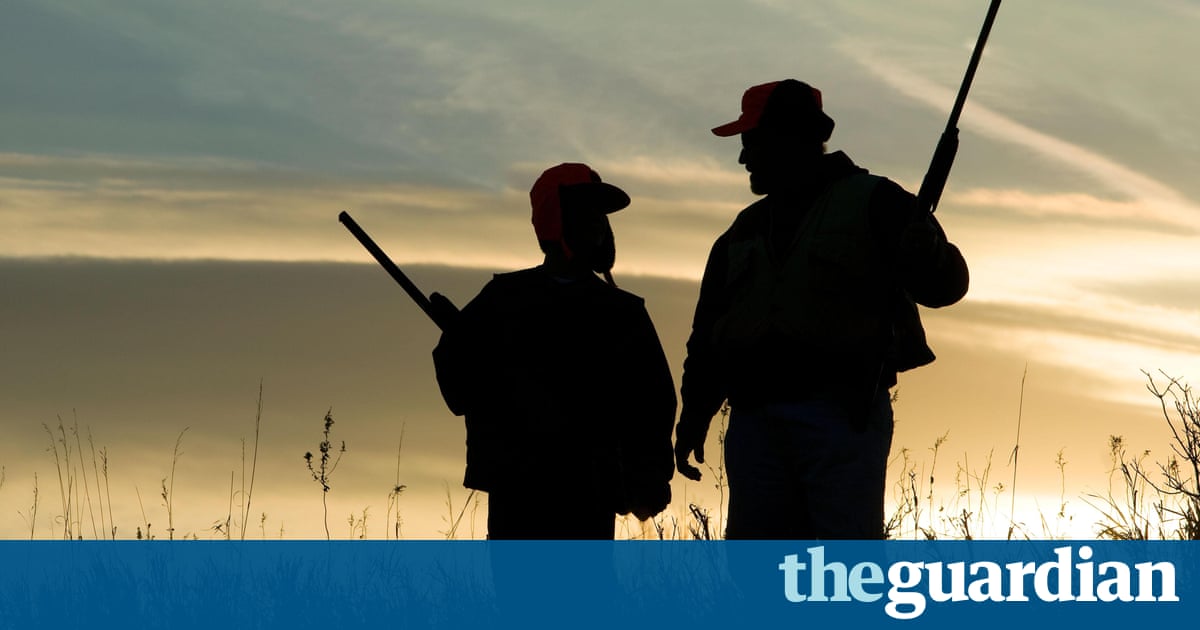 I may believe in womens reproductive rights and LGBT equality and background checks for gun purchases, but I also took childhood naps each Thanksgiving under the watchful glass eyes of my cousins prized deer head mount. And I may now work in the white-collar journalism world, but I spent my formative summers wandering around my Illinois hometowns Bagelfest, an homage to one of our communitys several factories and its working-class heritage.

Thats all to say: the American electorate is complicated. But there is a narrow perspective that many liberals in my adult life use to paint the people from my hometown, and from the thousands of other places like it.

In that painting, its just the people reached on landlines that admit they plan to support Donald Trump who actually do. And those Trump voters time and again are given a suspiciously similar face: white; male; blue collar. And then those less neutral descriptors: racist; sexist; uneducated. The first three are often shorthand for the second set.

The Democratic party and by that, I mean the party gatekeepers with power to wield media influence, which worked out great for the Brexit vote are writing off those hardcore racists as an overblown minority that is making more noise than they cantranslate into votes. But overlooking regular Joe moderate voters like the ones who filled my childhood could be our undoing.

My party has gotten cocky, and I fear that condescending mentality will lose us this election. Because for all of his divisive bluster, Trump has gotten one thing right time and again: small-town America is not doing great.

Dont get me wrong: I sure as hell wont be casting a ballot for Trump this November. But I have watched this primary season unfold through a different lens than my very liberal coworkers and fellow New Yorkers, who live in a world thats largely bounced back from the recession.

Where my family lives, factories are closing. Schools dont have enough money for teachers, and all of Barack Obamas hope and change hasnt done much trickling down in the last eight years. And just because the moderate voters living in these areas arent showing up at Trump rallies or plastering your Facebook wall with tirades about Muslims doesnt mean theyre planning to support Obamas heir apparent come November.

Thats a hard truth for a lot of liberals with white-collar jobs and HBO subscriptions to process, but its a truth nonetheless. Its a truth that is driving Trump fans who really do want to build a wall and punish women who have illegal abortions, but its a truth for millions of other middle America (yes, mostly white) voters who are overlooked once the primary race bunting comes down and the bandshells empty back out.

Especially in this election, minorities are being courted by Democrats and considering how many Trump lines they have to choose from, the sell is pretty easy. For everyone else, its a disconcerting binary: either youre a racist homophobe or youre obviously not voting for Trump, so great, we dont need to even bother paying lip service to your concerns.

Even if Clinton does win in a landslide, what I fear most is the elitism my party is embracing, and its ultimate cost.

Some of the people I grew up with are racist. Plenty more are sexist. And a lot of these mainly white midwesterners ventured no farther than the state college. But those are descriptors that also work on plenty of the liberals Ive met in Boston, Chicago, New York they just keep those views to themselves while living in much more diverse places. And that lets them off the hook. It sets up that insidious dismissal of anyone who doesnt live like them, who doesnt think like them.

The stakes for our country are too high to tip those voters toward Trump and then shrug as though that was a preordained result. I believe in the Democratic partys ability to break barriers its why I wore a Hillary is my Homegirl T-shirt to high school back in 2008. The last thing we need right now is more walls.