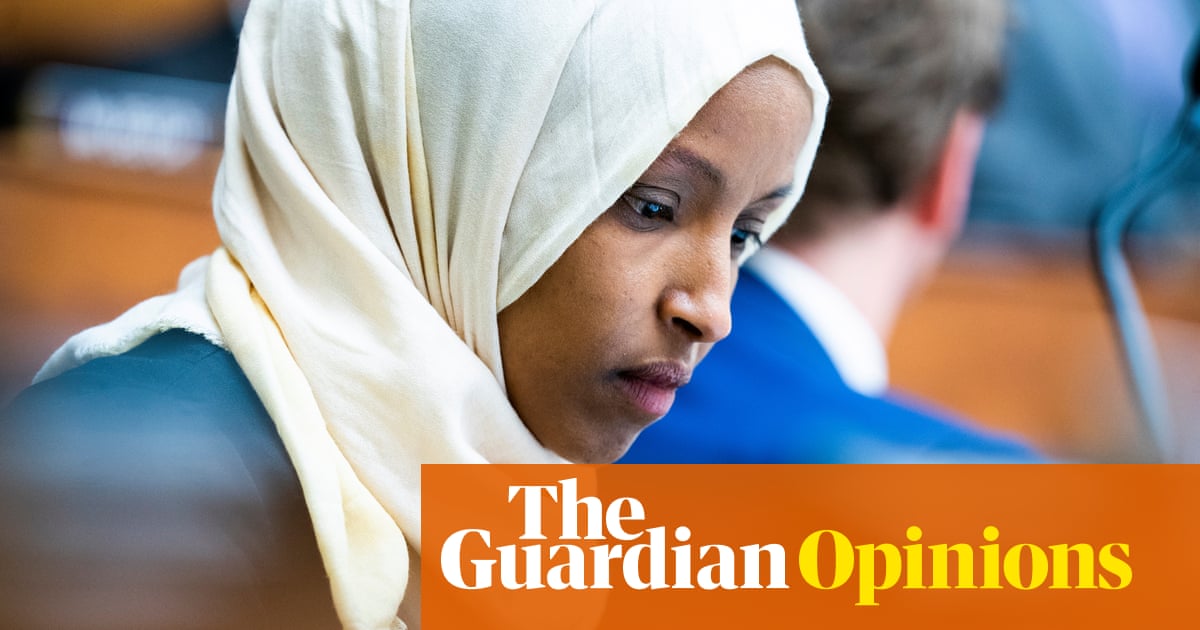 Sign up for the Week in Patriarchy, a newsletter​ on feminism and sexism sent every Saturday.

Ilhan Omar has been treated disgracefully

This month, Nancy Pelosi tweeted a photo of Rolling Stone magazine, on which she is pictured posing next to three of the new young congresswomen. “A picture is worth 1,000 words but [Alexandria Ocasio-Cortez, Ilhan Omar, Jahana Hayes] and Nancy on the cover of @RollingStone is worth millions of dreams to women and girls across America,” Pelosi said. “To them we say: know your power. Know your worth. Have a plan. And be ready.”

While those are very inspirational words, Pelosi could have done with taking them a little more to heart herself. Instead she, and other Democratic leaders, have spent the last week disgracefully pandering to morally bankrupt hypocrites on the right, intent on smearing Omar as antisemitic. While Pelosi was keen to stand next to Omar in a photo touting the diversity of the Democratic party, she has proven rather less keen to stand up for her colleague in the face of bad-faith attacks.

Let’s recap this fiasco, shall we? A recent comment from Omar about the pro-Israel lobby immediately sparked accusations that she was being antisemitic. This is the second time Omar has faced such accusations; in February, she was widely denounced for tweeting “it’s all about the Benjamins baby” regarding American support of Israel.

It is fair to say that Omar could have been more careful about her language. It is not fair, however, to intentionally twist her remarks, or to automatically label criticism of Israel as antisemitic. And yet that is immediately what happened. In many corners, the response to her remarks seems to be driven not so much by a genuine concern about antisemitism but by a virulent hatred for Omar herself. As Joshua Leifer pointed out in the Guardian, Omar did not say anything about the pro-Israel lobby that other critics have not said before. “If she were not a black, hijab-wearing Muslim woman, the reaction to her words surely would have been different.”

It was always to be expected that Republicans would twist Omar’s words. However, Democrats like Pelosi should have been firmer in the face of what was clearly a bad-faith attack.

This is particularly important when antisemitism is on the rise. As Leifer writes: “It should not be difficult to recognize the meaningful distinction between Ilhan Omar’s recent comments and the kind of antisemitism and xenophobia surging on the right that led a rightwing extremist to murder 11 Jews in a synagogue. The current moment demands the ability and the moral clarity to distinguish between real threats and manufactured ones.” It’s a shame that we have spent the last week discussing Omar as if she is a threat, when Donald Trump and his allies continue to make America a more dangerous place for Jews and other minorities.

No wisecracks at work, ladies!

As we all know, feminists are a humorless bunch. Which is just as well, as a new study shows that witty women don’t get promoted. Researchers found that when a man jokes around at work, people think more highly of him. If a woman uses humor at work, however, it reduces her “perceived effectiveness and opportunities for career advancement”. Of course, if you don’t make any jokes at all, you’re seen as “unlikeable”. It’s lose-lose, basically.

Do aborted fetuses have legal rights?

In Alabama they do; in fact, they probably have more rights than women. Twenty-one-year-old Ryan Magers says his ex-girlfriend had an abortion against his wishes when he was 19 and she was 16 – his wishes being all that matter, of course. Magers is suing the Alabama Women’s Center for Reproductive Alternatives and has named the aborted fetus as a co-plaintiff in his case. This seems to be the first case of its kind in America, but it will probably not be the last. Alabama is one of three states with a “personhood” law that grants constitutional rights to fertilized eggs and fetuses.

A British court has given a mother an 11-year jail sentence for inflicting female genital mutilation on her three-year-old daughter. The Ugandan woman was the first person to be convicted of FGM in the UK.