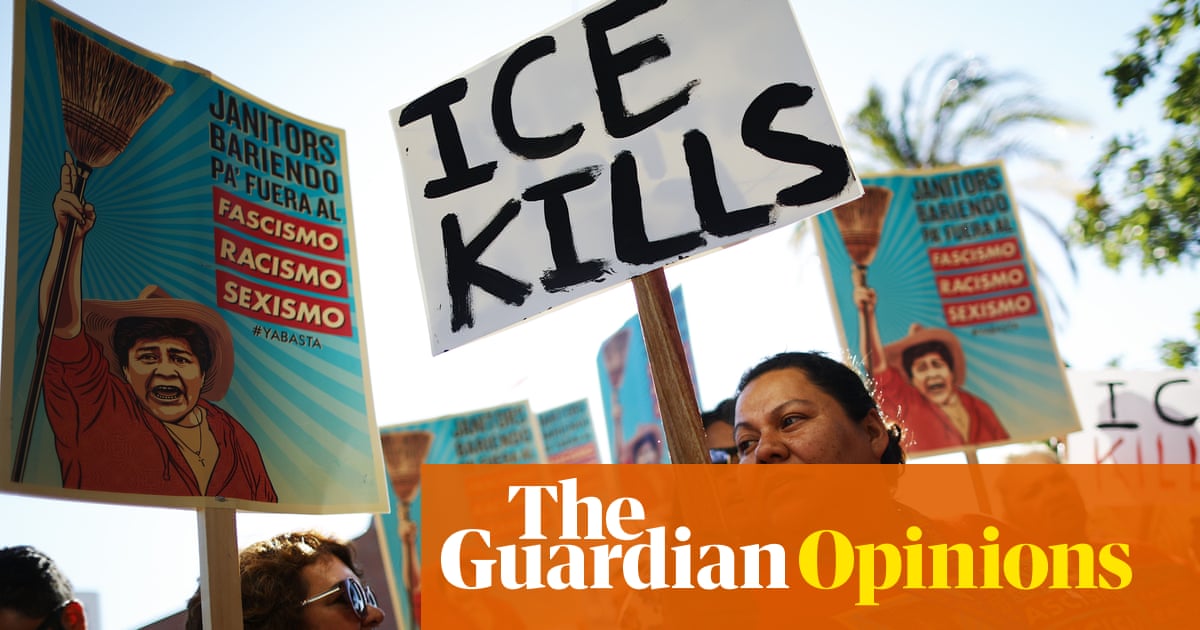 Having grown up just after the second world war, I’ve always wondered what I would have done if I’d known that Jews were being herded into (let’s call them) mass detention centers. What if I’d been aware that this was happening in my country?

Now that people are being herded into mass detention centers in my country, now that children are being kept in cages, I have – like it or not – been given a chance to find out what I would have done. If there had been Facebook in the early 1940s, I would have posted on Facebook. I would have written opinion pieces from the safe distance of my study. I would have donated to humanitarian and legal aid organizations. I would even have traveled to Texas to hear the stories of asylum seekers and witness a trial in which 40 immigrants, some of whom had lived here for years, were all deported at once. I would have felt haunted, continually. Haunted and obsessed. And none of these things would have stopped the mass incarceration of children.

Of course it’s important to encourage the like-minded, to assure those repelled by our government’s cruelty that they are not alone. But every day I read eloquent essays and informative dispatches from the border. Every day I have outraged or heartbroken conversations. Yet the locking up of children, the family separations continue. The photo of the young father drowned with his little daughter goes viral and enters the gallery of atrocity photos, along with the image of the dead Emmett Till. But that image will no more stop the brutal mistreatment of migrants than Emmett Till’s battered body has stopped the senseless killing of young black men.

Meanwhile the criminal prosecution of people arrested for supplying basic humanitarian aid – food and water for human beings starving or dying of thirst –seems to have had the desired chilling effect on simple, low-tech gestures of decency and protest. What I can’t help wondering is how different the situation would be if a million Americans were leaving water bottles and sandwiches in the desert – or if thousands of Americans were camped outside detention centers.

Something is happening – or beginning. This week hundreds of employees of Wayfair, an online home goods company, walked out in protest over their firm’s sale of furniture to migrant shelters. As Alexandria Ocasio-Cortez said in a tweet: “This is what solidarity looks like.” It’s unclear what effect this has had on company policy, though the fact that Donald Trump lashed out at the “left” for “bullying” Wayfair seems like a positive sign. Even he must realize what might happen if this sort of thing grew more widespread. Bank of America has stopped funding the owners of private detention centers and prisons, but it may be a little early to hail the big banks as beacons of moral clarity.

I came of age during the Vietnam war, and though the atrocities of that conflict were much further away than those now being committed in Texas, Arizona and Florida, we took to the streets – by the hundreds of thousands. I know it’s still being debated, how much those demonstrations contributed to the ending of the war. And I agree with those who argue that the protests might never have happened if young Americans hadn’t felt threatened by the specter of the draft. But they happened, and many of us can look back on that era with a more or less clear conscience. We tried. We did our best. That will not be possible for us to say in the future, if things continue as they are now, and we continue to stay home and discuss new restaurants, read the papers, preach to the choir.

Anyone who doubts the efficacy of mass public protest might consider Hong Kong, where enormous crowds recently thronged the streets to protest a bill that would allow the extradition of criminals to mainland China. Presumably, few protesters expected to be in that situation, but they registered the threat to their basic freedoms. Under pressure, the government suspended the bill and the opposition has vowed to continue the demonstrations until the bill is revoked.

We need activists and organizers to take this on, to shake us out of our paralysis and undo the spell of weird enchantment that allows us to look at the sweet faces of children who died under unspeakable conditions, on our watch. Not everyone will agree. If you don’t think that brown children are human children, if you believe that they and their families should be punished (with death, if need be) because their home countries were so dangerous that they had no choice but to leave, you won’t want to join those who want to save their lives.

We have to do something besides talking, writing, lamenting, consoling one another, hoping that the problem will be solved if Donald Trump is defeated in 2020. By then it will be too late for many kids and their families. With every day that passes, more children are cold, hungry, terrified, alone, separated from their parents. Even as I write this, children go on dying, and it is – or should be – harder for us to live with ourselves.