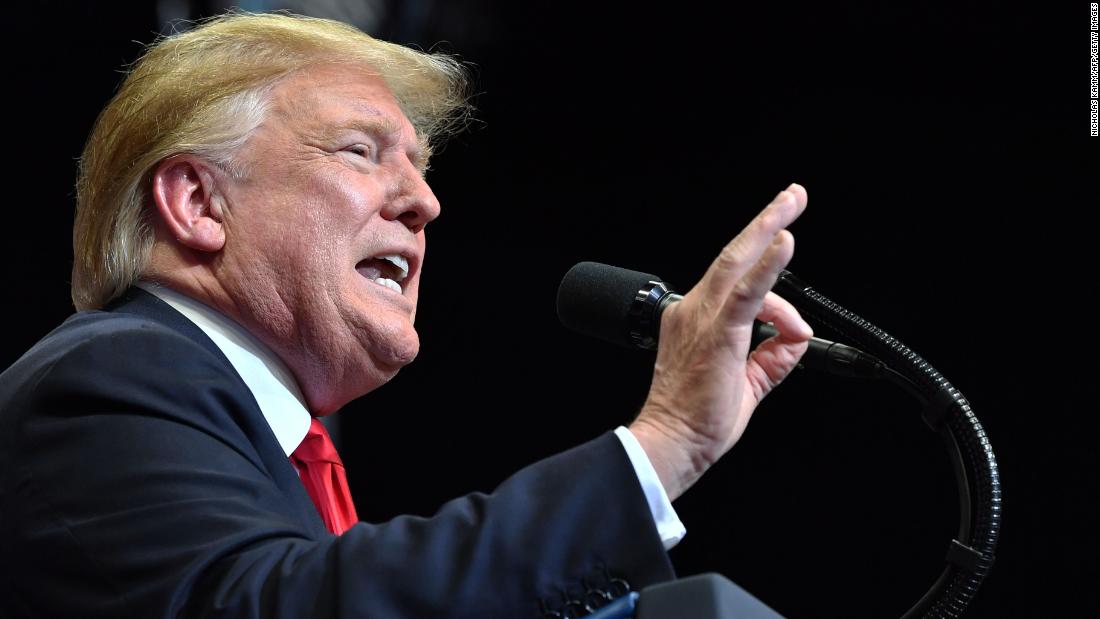 (CNN)President Donald Trump rose to power propelled in part by his rhetoric about invaders from the south swarming the border, and his claim that Mexico was “sending” rapists and killers, but the facts proved quite the opposite. The government’s own figures showed the number of people crossing the border had been declining steadily. And in 2015, when Trump launched his campaign, a Pew Research Center analysis found that among one group of migrants, Mexicans, more people were leaving the United States for Mexico than coming across.

After two years in office, Trump’s bravado-driven policies have contributed to reversing what was a positive trend. How else to explain the sharp reversal in what looked like hard-won gains in a complicated, morally-wrenching problem, starting just after Trump took office?
Years after claiming there was one, Trump now has a real crisis.
The number of border apprehensions is at the highest level in more than a decade, according to US Customs and Border Protection (CBP). Homeland Security Secretary Kirstjen Nielsen says “the system is in freefall.” Trump has finally helped create the crisis he pretended existed before.
What’s Trump’s solution? Every possible idea to make the problem worse. Everything he proposes, from cutting aid to Central American countries — some $700 million in a variety of programs — to closing the border, will exacerbate the problem.
That is, of course, if you think the challenge is how to solve a humanitarian crisis: how to humanely manage and perhaps reduce the flow of families and individuals into the United States. 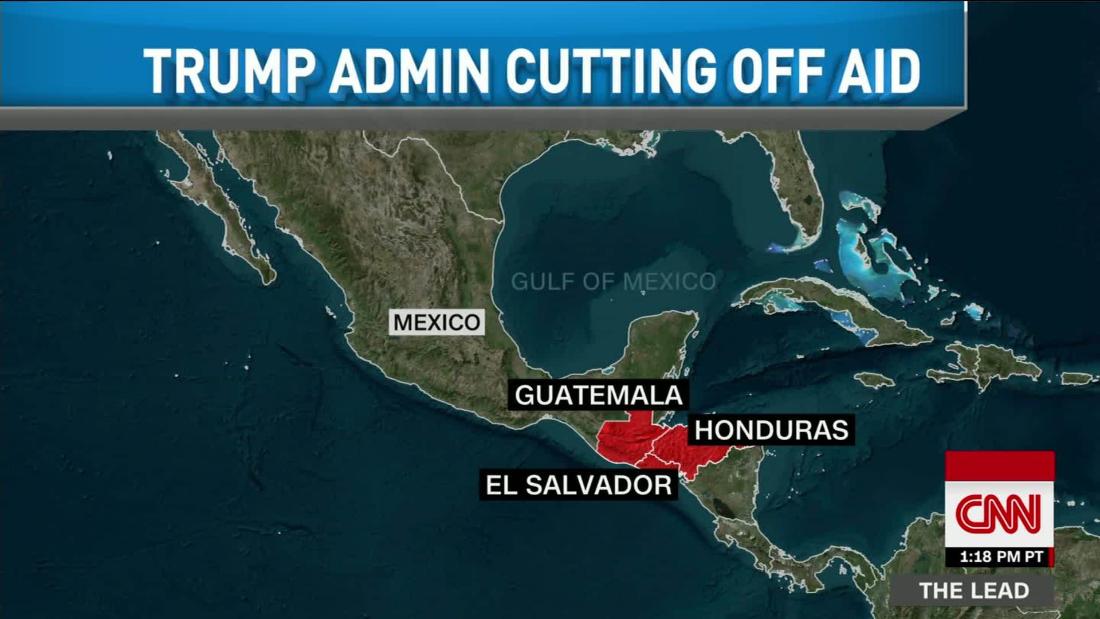 If you think the problem is how to stoke the passions of Americans in order to win more votes, then the question looks different. Nationalist leaders have a thing for migrant and refugee crises. Hardly any issue is more beneficial to their hold on power. Whether real or imagined, the specter of outsiders “invading” the country contains the perfect elements of us-versus-them passion and fear-inducing uncertainty to rally voters around a flag-hugging strongman.
If Trump were looking for something more than political fuel to ignite hotter fires among his staunchest supporters, he would offer a thoughtful, muscular policy, one that would invigorate Washington’s efforts to improve conditions in Central America, an effort that serves US security and economic interests as much as it does that of its neighbors.
The United States should expand, not suspend, programs aiming to attack the unlivable conditions in Central American countries with some of the world’s highest murder rates. For many, life is so dangerous and the prospects are so dim, that they would rather risk the perilous trek and endure the cruelty they encounter in the United States than risk staying. Some programs in police training, rule of law, human rights standards and economic development are too new to show results, but others are already proving effective. 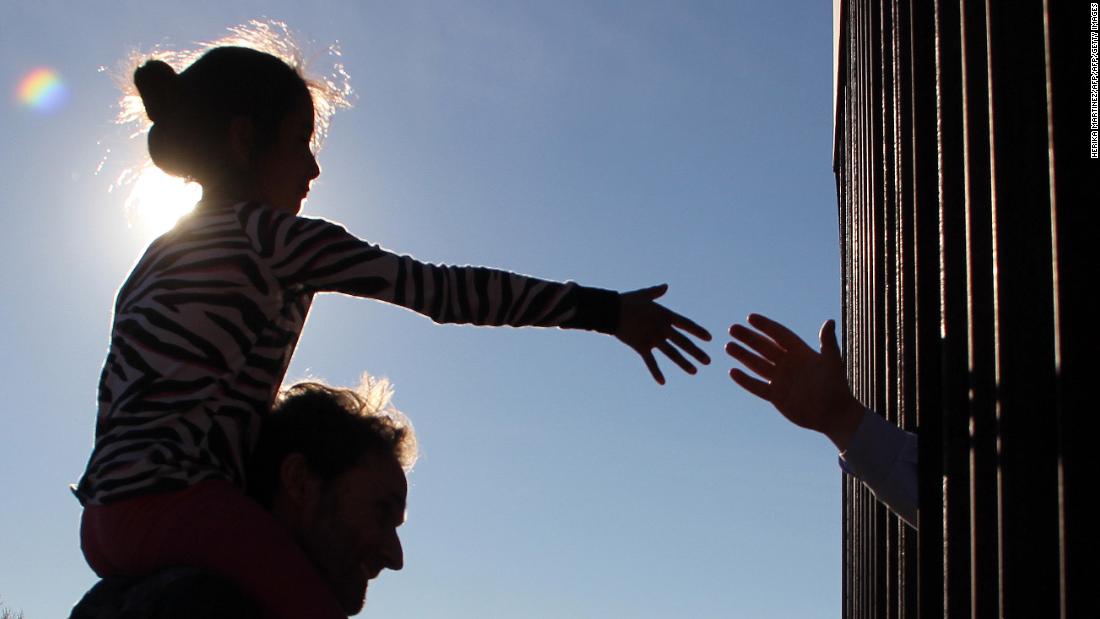 Cuomo takes a look at life in border shelters

Trump’s chief of staff, Mick Mulvaney, instead disingenuously tells an interviewer “we told you so,” claiming that the lack of a giant border wall is the reason why so many people, mostly from the so-called Northern Triangle — El Salvador, Honduras and Guatemala — are suddenly at the border.
That’s Trumpian hogwash. Don’t believe it.
Trump’s own policies have helped bring us to this moment. Consider the numbers.
Apprehensions at the border peaked at 1.6 million people in 2000, according to CBP data (slightly higher than in 1986). The number dropped most years after that. By fiscal year 2017, it had plummeted by an amazing 82%, to 303,000.
At the same time, migration from Mexico had reversed, with research and data from the US and Mexican governments showing a million Mexicans voluntarily returning to their country between 2009 and 2014. 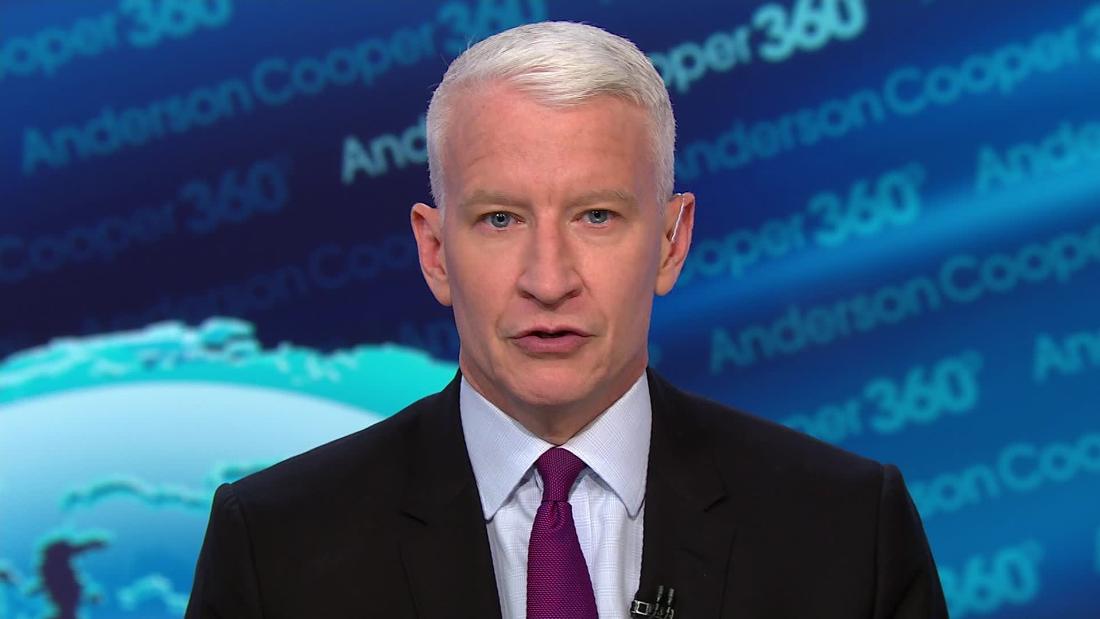 Cooper delves into Trump’s 180 on aid to Central America

The trend reversed again just after Trump took office. Within three months of Trump’s inauguration, the numbers started to climb.
Trump’s threats to crack down on immigration, his high-profile cruelty against asylum seekers, did little if anything to deter people from seeking shelter in the United States. If anything, in my estimation, they may have sent a message that it was better to make the move now than wait until an even harsher crackdown.
In the process, Trump’s rhetoric and his administration’s policies put a stain on America that may take generations to erase. The world has now seen US agents removing children from their parents, and then losing track of them; it has seen children in cages, border agents dumping life-saving water left in the desert by volunteers trying to help, and it has heard about the President saying he wished Scandinavians would come to America, instead of people from “shithole” countries. Talk about rebranding! You couldn’t get much further from America’s Statue of Liberty, welcoming the “huddled masses yearning to breathe free.” Those yearning for America could wind up in cages at the border.
The recent surge, experts tell us, was predictable. Those planning to leave typically try to make the journey before the brutal summer heat bakes the roads and the desert. But the United States was still somehow unprepared. 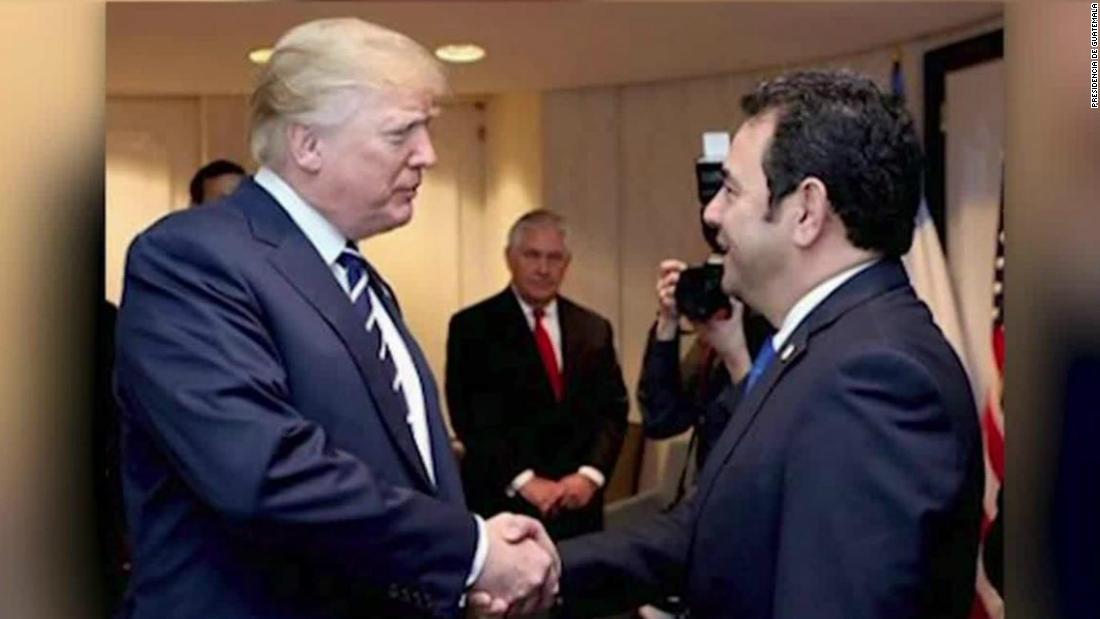 Now immigration authorities are struggling with the biggest number of apprehensions in years. A temporary enclosure under a bridge in El Paso was compared by a disabled veteran quoted in the New York Times to a “concentration camp,” with families, mothers and children pressed against metal barriers behind razor wire. He had come to donate baby food and was turned away by border patrol officials.
I won’t accuse Trump of deliberately trying to make the crisis worse, even if it benefits him. He will surely enjoy watching Democrats try to offer solutions that will alienate part of the population.
But the President’s ideas are counterproductive.
His plan to cut funding to Northern Triangle countries — put forward less than 24 hours after Sec. Nielsen announced a plan to work together with them to tackle the crisis — will backfire. 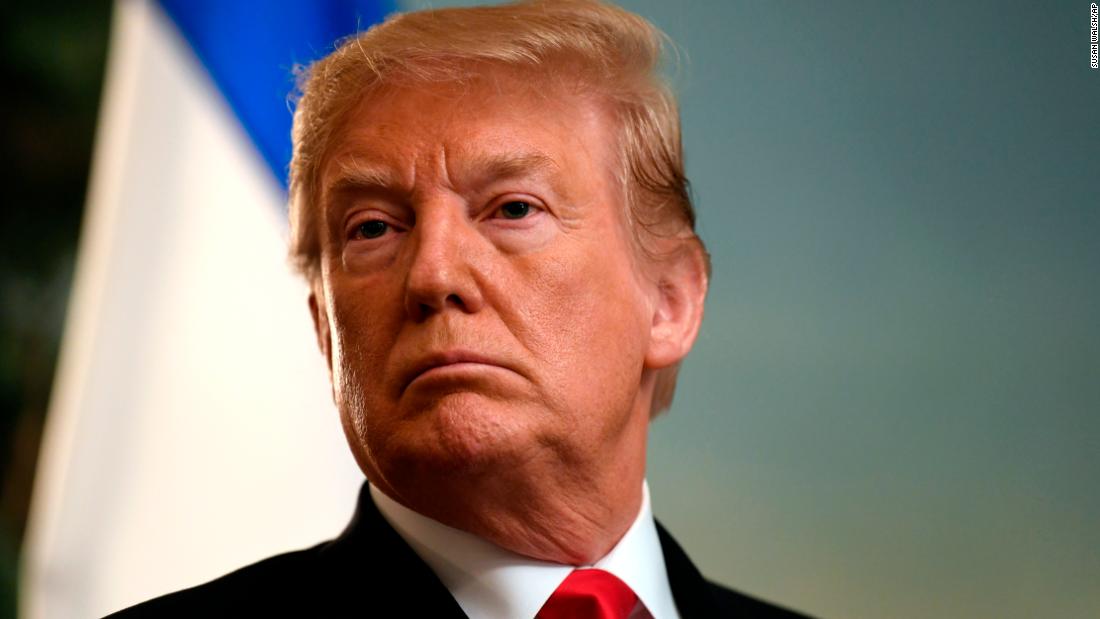 CNN analyst: Trump is creating a crisis with Mexico

US economic assistance to El Salvador has already helped cut the number of people leaving that country from 72,000 in 2016 to less than 32,000 in 2018.
Trump’s threat to shut down the border would punish Americans and do little to stop Central Americans. Car manufacturing in the United States could grind to a halt within days. Fruits and vegetables would disappear from shelves. Inflation would spike in the United States.
Instead, the United States should launch a two-pronged strategy. One to tackle the immediate crisis, another to stabilize Northern Triangle countries.
Boost the number of immigration judges and staff handling the influx and asylum claims, build decent temporary facilities and adopt processing systems known to work. Perhaps counterintuitively, cruelty does not deter migration. Trump’s policies have proven that. 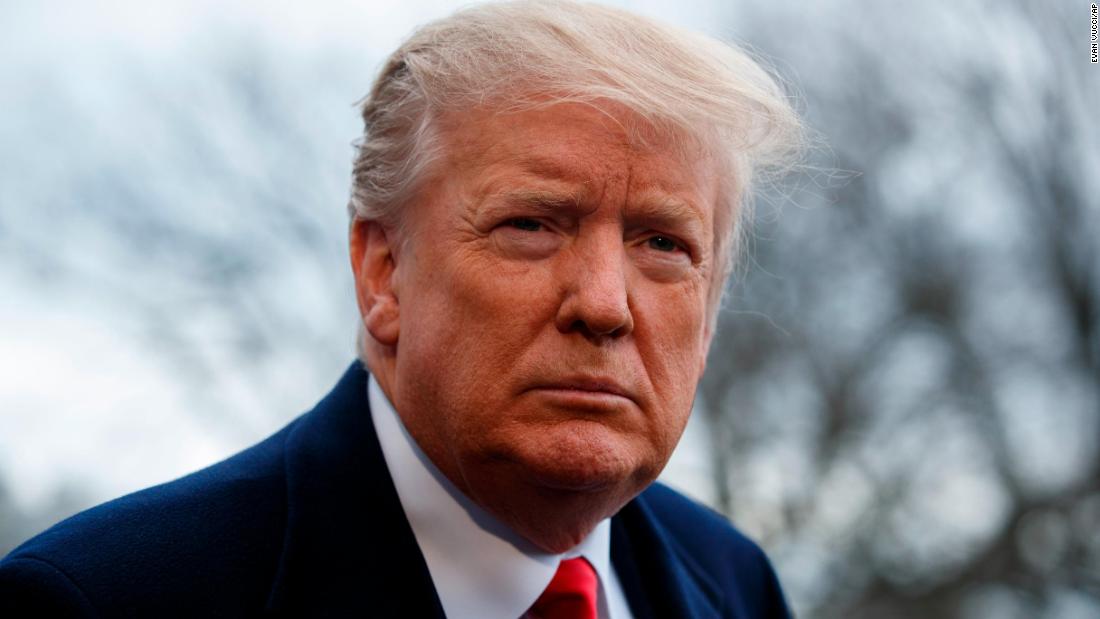 At the same time, the United States should tackle the crisis of corruption and impunity in Central America. Don’t give money to corrupt governments, but provide incentives for progress while funding well-vetted nongovernmental organizations that improve governance, rule of law, and economic development.
Instead of cozying up to governments because they hail from the right, demand that they commit to continuing international partnerships to rebuild their judiciary systems. Weak rule of law allows criminality, corruption, and bribe-taking at every level to continue, along with crippling murder rates, making normal life impossible and preventing investment and economic development.
Sure, improve fences, install electronic surveillance equipment along the border to stop drug traffickers. But the border problem will not ease until Central America stabilizes, until violence and corruption subside.

A large-scale effort to achieve that would cost much less than a border and would actually get at root issues. If Trump really wants to solve the problem, not just emit dog whistles and inflame passions, that’s what he would do.