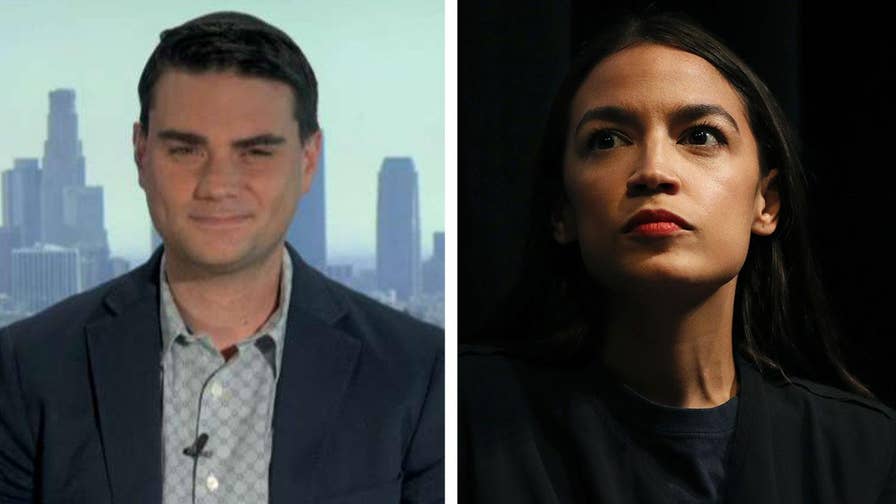 Ben Shapiro reacts on ‘Your World’ after Alexandria Ocasio-Cortez compares his debate challenge to a ‘catcall.’

By turning down Shapiro’s offer to donate $10,000 to her campaign if she would agree to a one-hour televised debate on the issues and her socialist ideas, Ocasio-Cortez gave up a significant amount of money. But more importantly, she showed she is afraid to defend her radical leftist ideas in a debate.

Since the House of Representatives is in the business of debating legislation whenever it is in session, it seems curious that a candidate who is afraid to debate wants to become a member. Will she remain silent on the House floor and in committee meetings her entire time in Congress?

Because she is running in a heavily Democratic district, Ocasio-Cortez, 28, is the overwhelming favorite to win the November election and represent the district in the House.

The first-time candidate also showed this week that she doesn’t want her ideas scrutinized by the media, when she barred the media from covering a campaign event she held in New York City. 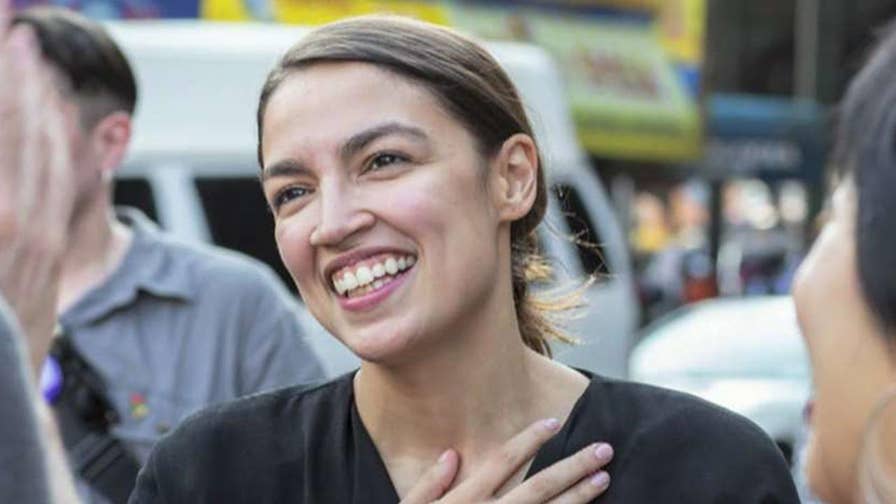 Will she be introducing a bill in Congress to prevent the reporters and C-SPAN from the House chamber? Winning passage of this measure would be difficult if she refused to participate in a debate about it.

I was the captain of the debate team and a teacher of the debate class in high school, and debating taught me and other students a great deal.

High school debate was incredibly competitive. Despite what some idealists may think, the goal was not to better understand the nuances of the issues and agree on a path forward – it was to win.

Often, these debates could be more show than substance. Half the battle was managing your appearance and currying favor with the judge. Nevertheless, I would leave every tournament, whether we won or lost spectacularly, with a much stronger understanding of all sides of the issues discussed.

In a debate, you have to understand what you are debating or you will lose and come off losing foolish. You have to be able to make persuasive arguments to support your positon, and explain convincingly why the position of the other side is wrong. 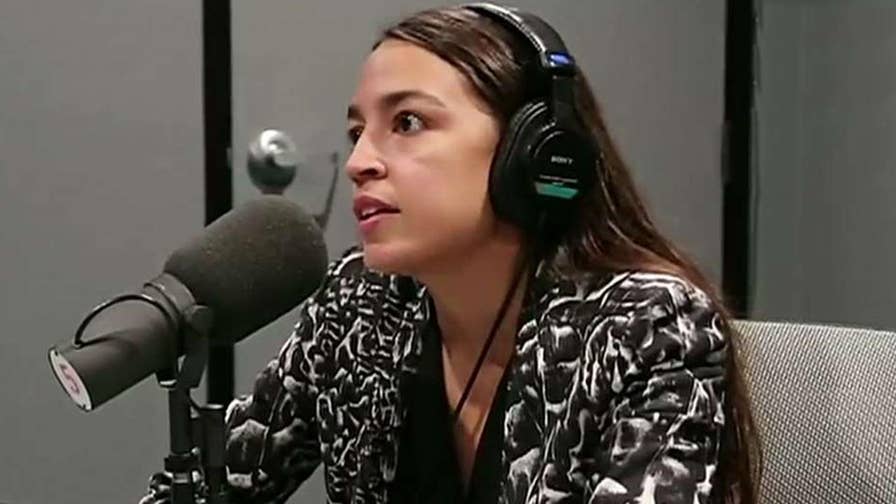 It’s this marketplace of ideas that distinguishes America’s form of government from those in dictatorships, many of which have billed themselves as socialist or communist over the past 100 years. You won’t find meaningful candidate or parliamentary debates in these countries.

When challenged to a standard political debate by Shapiro, Ocasio-Cortez responded with a tweet: “Just like catcalling, I don’t owe a response to unsolicited requests from men with bad intentions. And also like catcalling, for some reason they feel entitled to one.”

Implying that Shapiro was making a sexual advance with “bad intentions” by calling for a televised debate is insulting, sexist and absurd.

If Ocasio-Cortez is elected to the House, will she accuse male and female members who want to debate her ideas of “catcalling” and “bad intentions?”

The only logical explanation for Ocasio-Cortez to refuse to debate and to keep the media out of her town hall event with voters is that she is afraid she will be unable to defend her radical socialist beliefs. 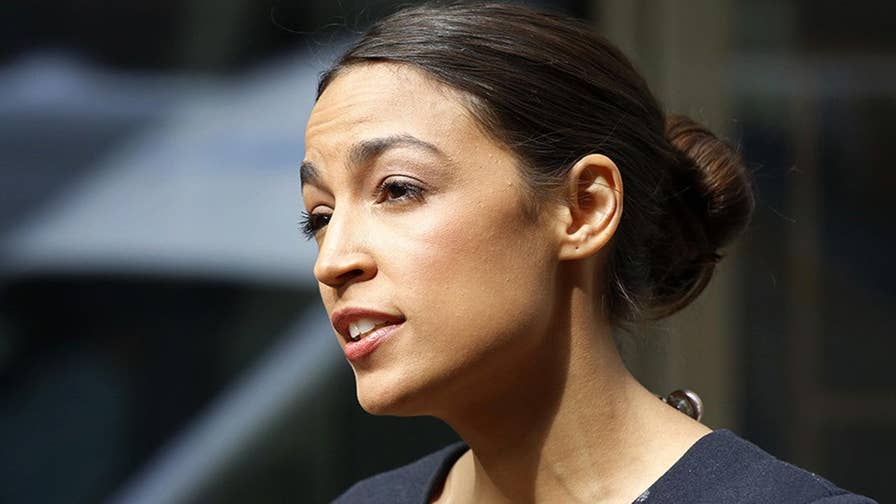 At the moment, the majority of Americans outside partisan circles have no strong opinions about Ocasio-Cortez – a fact that she could capitalize upon to appeal to a broader swath of voters, particularly if she seeks higher office. A highly publicized debate with a strong opponent like Shapiro would change all that.

Ocasio-Cortez’s position is made all the more difficult by the fact that she won her primary race as a populist, Democratic socialist with no background in policy.

As is common with populists and socialists throughout history, her political ascent was predicated on ambiguous, unattainable promises of free higher education, health care and many other benefits – all funded by higher taxes on “the rich.”

The problem is, the numbers simply don’t add up for those on the far left like Ocasio-Cortez. There aren’t enough rich people making enough money to pay for all the free goodies the far left promises voters. And if you raise taxes to confiscatory levels, “the rich” will either stop working or move out of the country.

Ocasio-Cortez may know enough to understand that the empty rhetoric that has brought her this far simply will not stand under the magnifying glass of reason and logic that a sharp debater like Shapiro would throw at her.

Even if Ocasio-Cortez was the best debater in world, defending the bankrupt and destructive philosophy of socialism would be quite a challenge. Once she got beyond the slogans, there wouldn’t be much to say.

If socialism and communism were such wonderful systems, after all, why have countries around the world jettisoned them in recent years and adopted capitalism – or at least modified capitalism – instead?

Why do people from around the world try to immigrate – both legally and illegally – to the United States if capitalism is so awful? You don’t see immigrants banging down the doors to enter China, North Korea, Cuba and other socialist and communist nations.

If Ocasio-Cortez made an embarrassing gaffe in a debate or a town hall open to the media, she could lose her star power. Therefore, the candidate and her allies have sought every excuse not to participate in debates – and now even to bar reporters from covering a town hall with voters.

To put it in liberal-speak, if someone is running for office, don’t they at least have a responsibility to face the American people and explain their views while being asked the tough questions that are warranted? And is that not exactly what Ben Shapiro has proposed?

In high school, one parent or coach judged the debates I participated in. My debate team won some and lost some, but we were willing to subject ourselves to the rigors of a battle of ideas. In elections, voters are the judge. Refusing to participate in debates deprives voters of information they need to make their decisions.

Critics argue that debates aren’t needed because with the polarizing, 24-hour news-cycle, people are already stone-set in their opinions. There is some truth to this. Those in Shapiro’s or Ocasio-Cortez’s respective bases are unlikely to reconsider their support based on a debate.

Debates may not be conducive to convincing hard-set partisans, but they offer those undecided or indifferent the perfect opportunity to see what the candidates believe and how they comport themselves.

Adam Barsouk is a medical student at Thomas Jefferson University in Philadelphia and a researcher at the Hillman Cancer Center.