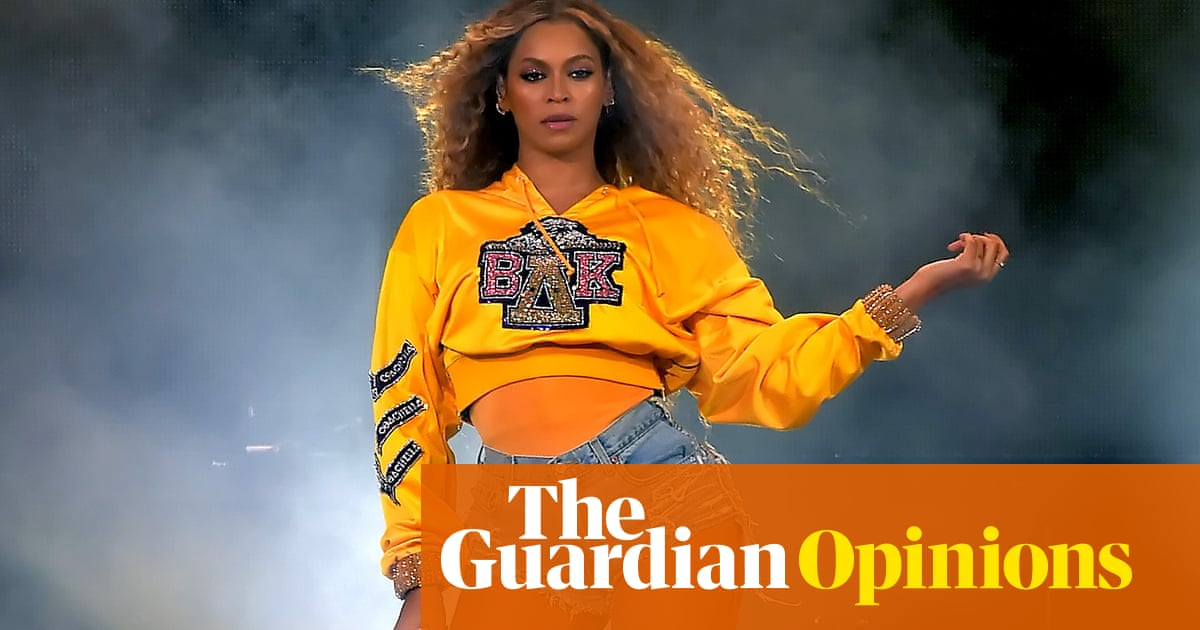 Last week, Beyoncé Knowles-Carter premiered Homecoming on Netflix. Three homegirls and I were glued on the navy sectional, journeying with Mrs Carter through her love for black colleges, black people and black music. I’d seen the Coachella performance well over 50 times, memorizing the Getting to the Money routine for a dance challenge I never posted online. But this documentary included commentary and showcased her work ethic and diet, including the battle with her body during and after her second pregnancy with twins.

“I was 218 pounds the day I gave birth. I had an extremely difficult pregnancy. I had high blood pressure. I developed toxemia, pre-eclampsia,” Knowles-Carter explained. “… [O]ne of my babies’ hearts paused a few times, so I had to get an emergency C-section.”

Our watch party gasped. Beyoncé’s estimated net worth is approximately $350m alone (compared with $12,000 for married, black women in her age group), and well over $1bn coupled with Jay-Z, her partner. They could probably afford the best care that money can buy. But if our Queen was at risk, what chance does everyday, regular or poor black people have at healthy pregnancies? For many of us, very little.

The Center for American Progress notes that “infants born to African American mothers are dying at twice the rate as infants born to non-Hispanic white mothers” and that infant and maternal mortality rates hold true across education levels and socioeconomic status. Even tennis star Serena Williams – a wealthy and remarkably powerful woman – nearly died from pregnancy-related complications. More disturbingly, there are about 1,500 pregnant people in prison and 12,000 pregnant people in jail every year, often giving birth while shackled in handcuffs.

And as the rates of black maternal and infant mortality are increasing, states are restricting access to safe abortions. Since 2010, several states enacted at least 300 abortion restrictions. Missouri, my home state, passed sweeping laws that closed four clinics that provided abortions, leaving only one clinic left. Mississippi has the highest poverty rate, the lowest income rate, and the highest percentage of black people of any state, and, it only has one clinic, too. This forces people who need assistance to dangerously attempt their own abortions if they cannot travel out of the state. In 2015, there were over 700,000 internet searches in Mississippi on “do-it-yourself” abortions, the highest nationwide. In other countries where abortions are illegal, about 30,000 women die each year from trying to do it themselves.

To say that black women “die” or “suffer” is a passive truth: racist, capitalist and sexist policies can kill black women if they give decide to give birth and if they decide they do not want to give birth.

My friends and I sat there, curious about our destinies and children. I was the only parent among us and suffered mild complications during my second pregnancy. My high school friends experienced the harsh side-effects of “the shot” (scholar Dorothy Roberts details in Killing the Black Body stories about forced birth control or sterilization without consent on poor, black girls and women). In college, friends or family suffered from miscarriages, endometriosis or substandard living and health conditions that impacted their bodies and children. Right now, Polycystic Ovarian Syndrome, or PCOS, is taking a physical toll on my friends’ health and a psychological toll on those of us who now fear every irregular hair, period or pound.

Yet nothing is inherently wrong with black women or gender-nonconforming people, biologically or genetically, though we experience shame and blame from our doctors, politicians and even partners. Instead, we deserve reparations and healing from the generational trauma of slavery, patriarchy and medical experimentation. We must eliminate food deserts, not simply chastise pregnant people for “bad eating habits”. We need more exercise and rest, but Congress historically ignores bills that fully subsidize parental leave. We require a basic income and a climate fit for thriving, independently or with partners, not pressure to marry to avoid poverty or secure stability. And as the reproductive justice framework demands, we must create a world where black people can choose to not have children, choose to have children, and maintain the right to parent them.

Perhaps it was divine will that Homecoming premiered on the last day of Black Maternal Health Week. Organizations like Black Mamas Matter Alliance (BMMA) and Planned Parenthood are demanding more maternal health research that centers on black women. People are creating online forums and meetups to affirm each other or organize. Registered nurse and organizer Brittany Ferrell and artist Damon Davis launched You Lucky You Got a Mama, a project that explores the birth experiences of black women, non-binary trans, and/or gender-nonconforming people in the American medical system. Southerners on New Ground (Song), BYP100 and solidarity groups are gearing up for the National Black Mama’s Bail Out next month for Mother’s Day.

In Homecoming, Beyoncé features a number of quotes from black women, including this one from Audre Lorde: “Without community, there is no liberation.”